George Elmer Browne was a popular American Impressionist of the late 19th and early 20th centuries and was also a skilled teacher and administrator, active in many capacities in the international art world. He was known for his strong sense of composition and wide masses of color with only the suggestion of detail in the background. A likely influence on him, especially the way he handled skyscapes, was English painter John Constable. Browne was born in Gloucester, Massachusetts, in 1871. After attending public school in Salem and revealing artistic talent at an early age, he studied at the Museum of Fine Arts and Cowles School of Art, both in Boston. Like so many of his time, he went to Paris, where he attended the Académie Julian as a student of Jules Joseph Lefevbre and Tony Robert-Fleury. Returning to the United States, he set up a studio in New York City and his work became popular. He won his first award a bronze medal at the Mechanics Fair in Boston in 1895, and he founded the Browne Art Classes. Many summers were spent at Provincetown, Massachusetts. Browne also became highly regarded in France, where he was named Officer of Public Instruction and Fine Arts. In 1926, he was made Chevalier of the French Legion of Honor. Browne died in Provincetown in 1946. 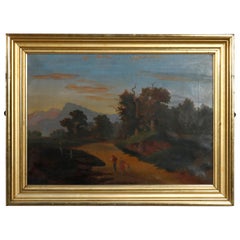 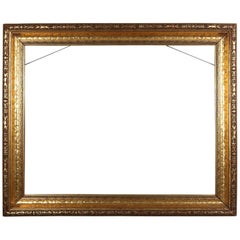 Antique Oil on Canvas Portrait Painting of a Wise Man by HM Gordon, circa 1930
Located in Big Flats, NY
Category

Antique Oil on Canvas Portrait Painting of a Wise Man by HM Gordon, circa 1930

Antique Miniature Watercolor Portrait Painting on Paper of Judge, circa 1820