Eugene Atget (1857- 1927) took up photography in the late 1880s, turning his camera on Paris in 1898. He captured Parisian streetscapes, shop fronts, and architectural details in a straight, documentary style, in contrast to the Pictorialist trend at the time. Atget made beautiful and sensitive documents and by the early 1920s, up until his death, Atget's works became increasingly expressive, metaphorical, and were championed by the Surrealists for their poetic and haunting mood.

Thanks to the support of American photographer Berenice Abbott (1898- 1991), French photographer Eugene Atget became recognized as one of the great early modern photographers. He recorded Old Paris and Atget’s lifespan corresponded with urban planner Haussmann and his famous transformation of Paris into a modern city. Atget documented Paris painstakingly on meanderings throughout the City of Light into the 20th Century.

Berenice Abbott is famous for her black-and-white photographs of New York City. She also created a large body of portraits that she made in Paris. Abbott found inspiration in the Parisian streetscapes of Eugene Atget, an influence that would carry over into her work and the series “Changing New York” (1935-38). A major body of Abbott’s work was made during the Works Progress Administration/Federal Art Project."

(Biography provided by 99Prints)
Filter Results
to
1
Item Location
7
1
3
3
2
2
1
1
Organ Grinder, Paris, 19th C. French Photography, Printed by Berenice Abbott
By Eugène Atget
Located in New york, NY
A black-and-white photograph of an organ player on the streets of Paris, France at the end of the 19th Century (1899). Organ Grinder is by Eugene Atget - was printed C. 1950-60 by le...
Category 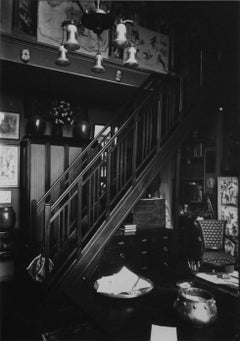 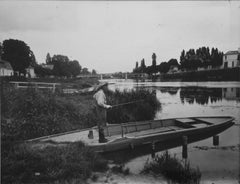 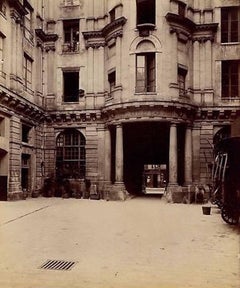 Rue St. Denis et Cossounerie
By Eugène Atget
Located in Carmel-by-the-Sea, CA
Titled on back of the print.
Category 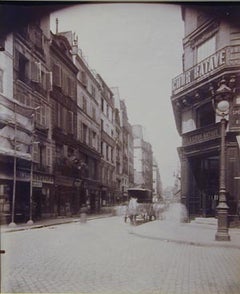 Louvre, Salle Egyptienne
By Eugène Atget
Located in Carmel-by-the-Sea, CA
Titled on back of the print.
Category

Untitled ~ Door with Display Case
By Eugène Atget
Located in Carmel-by-the-Sea, CA
Titled on back of print.
Category 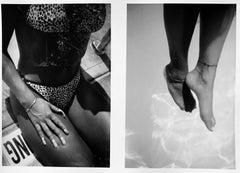 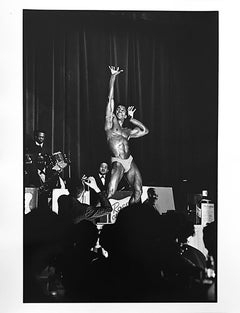 1stDibs offers a wide variety of authentic Eugene Atget art available for sale. You can also browse through art by Eugene Atget in silver gelatin print, film, paper and more by medium. Much of this artist's original work was created during the 19th century and is mostly associated with the contemporary style. Not every interior allows for large Eugene Atget art, so small editions measuring 7 inches across are available. Customers who are interested in this artist might also find and find the work of. On 1stDibs, the price for these items starts at $1,600 and tops out at $5,500, while the average work can sell for $1,600.