Dorothy Mayhall was a student, artist, teacher, soldier and museum director. Whatever she did, she never strayed too far from her main focus of art. She got an MFA degree in sculpture and painting and a MA degree in art history, and spent a year at the Ecole des Beaux-Arts, in Paris, as a full-bright scholar. Mayhall taught art at the University of Nebraska, her alma mater. To add a little more excitement to her life, she entered the Women's Army Corps, during the late 1950s. As a 2nd lieutenant, she was chief of the Visual Arts Training Center at Ft. Lee, Virginia. The second tour of duty, as a 1st lieutenant, took her to Japan. Once released from active duty in the Army, she moved to New York, where the art action was and began working at MOMA, building her contacts among artists and gallerists. Mayhall became a museum director and was the first director at the Aldrich Museum of Contemporary Art and the Storm King Center for Art and was the director of the Stamford Museum and Nature Center, at the time of her untimely death, in 1995. She championed the work of women artists and younger artists. She was a mentor of the owner of the ODETTA gallery and offered her first museum exhibition as a fledgling curator, in 1995. Her work was represented by Sachs Gallery, in New York City and PMW Gallery, in Stamford, Connecticut.

(Biography provided by ODETTA)
Applied Filters6 results
Creator:Dorothy Mayhall
to
5
Item Location
Height
to
Width
to
6
6
6
6
10,091
2,535
2,319
1,749
6
6
6
6
6
Dorothy Mayhall, Monument #43, 1993, Terracotta, Acrylic Paint
By Dorothy Mayhall
Located in Greenwich, CT
Dorothy Mayhall's small sculptures are little monuments to be toyed with and handled. They should be picked up, fondled, and examined like a rock or shell you collect on the beach be...
Category 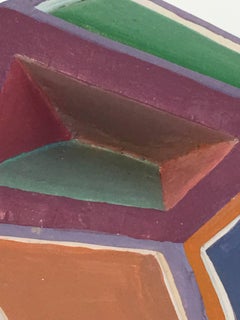 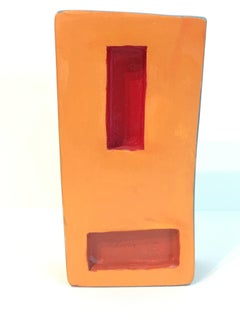 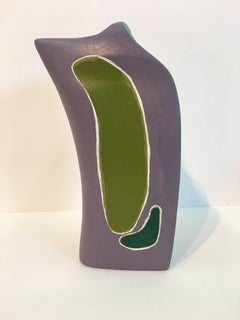 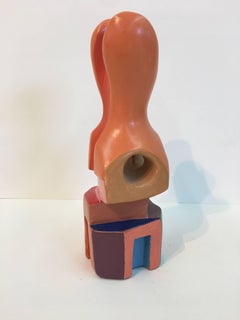 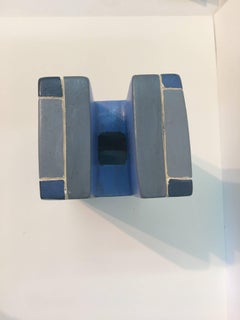