David Cowan Dobson, referred to as 'Cowan' Dobson, was a leading Scottish portrait artist of his day. Dobson was born in Bradford, Yorkshire, the second son of the Scottish portrait painter Henry John Dobson. Dobson started his career in Scotland. He was educated at George Watson's College in Edinburgh and studied art in Edinburgh, London and Paris. In 1918, he was working in his father's studio at Dalry. Around 1920, he moved to London and from then on he worked and resided mainly in London. Occasionally, he would work in and around Glasgow. He is said to have rented Kenmure Castle in New Galloway, Kirkcudbrightshire, in the 1930s and 1940s to entertain and paint fashionable sitters. Dobson mainly worked in oils but also painted some fine watercolor scenes. He painted in the tradition of the nineteenth century with mostly a rather darker color scheme, while his brother Henry, influenced by the Modernist movement in Edinburgh, painted more colorful portraits. He painted some fine portraits of well-known men, like Earl Attlee, Earl Beatty and Harold Wilson. Dobson also portrayed fashionable London ladies. Dobson was married to Phyllis Bowyer, who was the brains behind his financial success. She made Dobson one of London's leading society portrait painters. She herself sat for the photographer Alexander Bassano, the resulting portrait now at the National Portrait Gallery, London. During World War I, Dobson was commissioned by the Royal Air Force section of the Imperial War Museum to paint portraits of three recipients of the Victoria Cross. Dobson painted portraits of Lt. Col. L.W. Brabazon Rees, Sergeant Mottershead and Lt. A.W. Beauchamps-Proctor. Dobson first exhibited at Royal Academy when aged only 19 and began showing at the Royal Scottish Academy four years later. Dobson's works were also exhibited at the Royal Society of Arts, Royal Watercolour Society, Royal Society of Portrait Painters, Royal Society of British Artists, Royal Cambrian Academy, Fine Art Society and at the Walker Art Gallery in Liverpool. He passed away in 1980. 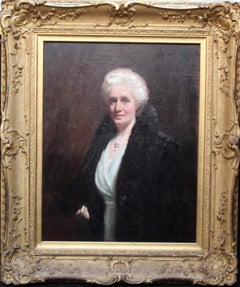 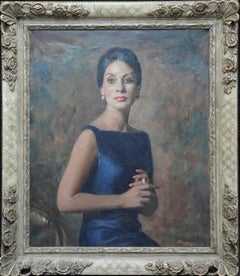 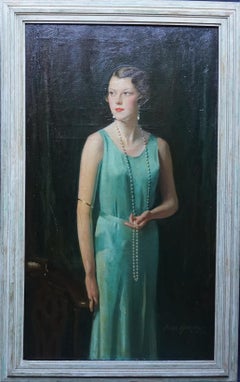 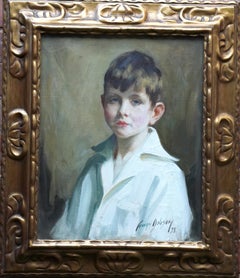 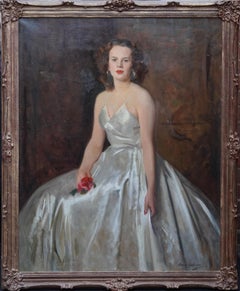