At 15, the London-born David Bailey (b. 1939) was jazz mad and Picasso loving but, being a dyslexic cockney, was booted out of school. Escape from gritty East London seemed unlikely until he picked up a Rolleiflex during his stint in the National Service. Three years later, in 1960, he was under contract at British Vogue.

Prodigiously talented, Bailey was also wildly charismatic and uncommonly pretty, a high-octane amalgam that no doubt fueled his meteoric rise. Soon, he was chronicling, and surfing, the cultural tsunami that transformed London in the Swinging Sixties, when young creatives from music, fashion, advertising, theater, film, TV and journalism toppled the British establishment to become the new royalty.

This was the moment when the seeds of celebrity culture were sown. Bailey snapped all these revolutionary aristos: John Lennon and Paul McCartney, Mick Jagger, Michael Caine, Tom Stoppard and David Hockney. Each and every one looks impossibly dewy and fresh and brims with an entirely modern derring-do.

So, too, do “the beautiful birds,” as Bailey called the alluring models and actresses who defined that decade: the exquisite Jean “Shrimp” Shrimpton, Twiggy, Penelope Tree, Brigitte Bardot, Jeanne Moreau, Catherine Deneuve. A number of them became his lovers, Deneuve his wife (he’s had four), for a time.

It was a wild ride for an East End lad and literally the stuff of movies. Bailey was the inspiration for the prowling fashion photographer Thomas, played by pretty boy David Hemmings, in one of the iconic films of that era, Antonioni’s Blowup.

But despite his playboy persona and lucrative work in fashion advertising, Bailey has always possessed real psychological depth and artistic ambition. He can snap like few others. His closest peer in spontaneity, insight and cool was Richard Avedon. Both preferred a white backdrop, strong lighting and a tight focus to capture that rare telling moment.

Someone shot with eyes shut is not an accident with Bailey but a revelation. To this day, he can’t explain how he works his magic, although he does liken it to shamanic conjuring. He makes no secret that he spends most of his time gabbing with his subject — he’s curious about everyone. Sometimes, the chatter is a seduction; occasionally, it becomes good-naturedly pugilistic. And then, in mere moments, the individual is sized and seized by his camera. 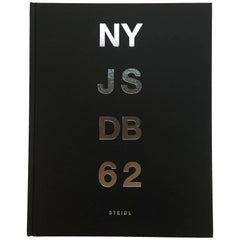 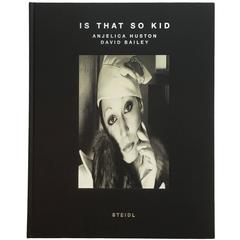 David Bailey & Anjelica Huston ‘Is That So Kid’ Book 'Signed'

David Bailey, Pictures That Mark Can Do, 'Signed'
By David Bailey
Located in London, GB
Category 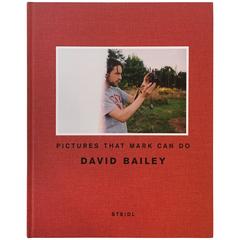 David Bailey, Pictures That Mark Can Do, 'Signed'

David Bailey, Pictures That Mark Can Do, 'Signed'
By David Bailey
Located in London, GB
Category

David Bailey, Pictures That Mark Can Do, 'Signed'

David Bailey & Anjelica Huston ‘Is That So Kid’ Book 'Signed'

Brassai the Secret Paris of the 1930s First American Edition

"David Bailey & Anjelica Huston – Is That So Kid" Book, Signed

H 11.82 in. W 9.06 in. D 0.79 in.
David Bailey "Beady Minces" Book, 1973
By David Bailey
Located in London, GB
First edition, published by Mathews Miller Dunbar/Bailey Co-Production, 1973. Beady Minces compiles many of Bailey’s remarkable photographs taken from all around the world between...
Category

H 11.82 in. W 8.47 in. D 0.79 in.
David Bailey – Havana 'Signed'
By David Bailey
Located in London, GB
First edition, published by Steidl, 2006. Through a life-long quest to photograph Fidel Castro, and a realization that he never would, David Bailey explores the streets of Cuba’s ...
Category