At the turn of the 20th century, the Scottish architect Charles Rennie Mackintosh created a singular, wholly original design style that was both lyrical and sleekly modern. Within his architectural schemes for schools, private homes and restaurants, Mackintosh — frequently working in collaboration with his wife, the artist Margaret Macdonald — invented an aesthetic that blends the organic flow of the Art Nouveau style and the honest simplicity of the English Arts & Crafts movement.


Mackintosh was born into a working-class Glasgow family, the fourth of the 11 children of a police clerk and his wife. At age 15, Mackintosh began to take night classes at the Glasgow School of Art — where he would study until 1894 — and the following year started an apprenticeship with local architect John Hutchison. At the GSA, Mackintosh befriended Macdonald, her sister, Frances, and fellow architecture student Herbert McNair. Together they formed a graphic design team known as the Four, and were admired for their illustrations featuring sinuous botanical forms and sylph-like women. Around the same time, Mackintosh was hired by the architectural firm Honeyman and Keppie. where he drafted the company’s winning design for a new GSA building. The structure, with its brooding, asymmetrical facade punctuated by soaring studio windows, would be his architectural masterwork. By 1900, Mackintosh was designing houses and began the interiors for a group of Glasgow tea parlors in which he and Macdonald would produce some of the most alluring, lushly graphic decors of the era. Mackintosh’s work became widely influential on the continent, particularly among Josef Hoffmann, Koloman Moser and other member of the Vienna Secession movement.


His work on private homes and tearooms generated the furniture designs for which Mackintosh is best known today. These include the Hill House chair, with its latticed back; the Argyle Street Tea Room chair, which features an oval head rail with a cutout that resembles a bird in flight; and several others — all instantly recognizable for their stunning tall backs. Mackintosh’s furniture works well in both traditional and modern interiors, though by virtue of both its familiarity and striking lines it tends to stand out. Because he was much more esteemed in Europe than in Britain, relatively few antique Mackintosh works survive, and those that have are museum pieces. Recently produced examples of his designs are widely available — notably, the Italian firm Cassina has been making fine Mackintosh pieces since the early 1970s. As you will see on these pages, the furniture of Charles Rennie Mackintosh is ever intriguing and engaging. His work is a historical touchstone that would be welcome in the home of any modern design aficionado.

Mackintosh for Cassini 1, 2 or 4 Model 292 Hill House Chairs
By Charles Rennie Mackintosh
Located in Philadelphia, PA
Mackintosh designed almost every aspect of the Hill House for his client Walter Blackie a publisher. Cassina started to produce these chairs in 1973. This Set is from the mid-1980s. ...
Category

Argyle Chairs, 1897 by Charles Rennie Mackintosch for Cassina "I Maestri" 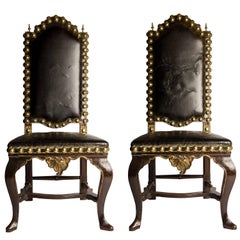 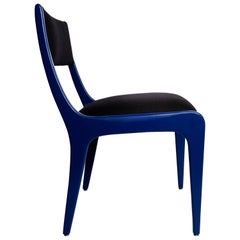 Rare Chair from the Cabinet of the Deutscher Bundestag, circa 1949
Located in London, GB
Category

Rare Chair from the Cabinet of the Deutscher Bundestag, circa 1949

'Something and Nothing in Red' by Kate Buckley