Carol Summers, one of America's foremost printmakers, was born in Kingston, New York, in 1925. After service in the Second World War in the Pacific, he attended Bard College, where he studied painting under Stefan Hirsch and printmaking with Louis Schanker. Soon after his graduation in 1951, Summers was awarded several prestigious fellowships, one from the Italian government to study in Italy in 1955, two from the Louis Comfort Tiffany Foundation in 1955 and 1960, and another from the John Simon Guggenheim Foundation in 1959. University posts and workshops took him all over the world, and his subject matter is mainly colorful, stylized landscapes of the places that were of special significance to him, such as in Italy, India and Nepal. In 1974, Summers was awarded an honorary doctorate from the Bard College. His work is in numerous prestigious museums internationally including the Museum of Modern Art, Metropolitan Museum of Art, Art Institute of Chicago, Los Angeles County Museum of Art and Accademia Degli Intronati in Siena, Italy. 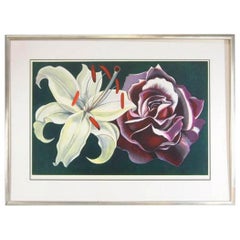 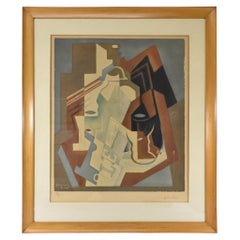