Carlos Alejandro was born in Frankfurt, Germany, ordained by destiny, born to a Colombian mother and Puerto Rican father, which at that time was stationed there with the U.S. Army. From then on, his interest in visual arts grew and that is how he decided to study Graphic Design at U.J.T.L. University in Bogota. After finishing his studies, Alejandro took a different path and worked in depth on the visuals leading him to participate in a series of art and design exhibitions. The lack of opportunities and his unwillingness to conform pushed him to travel to the U.S. to pursue his dream of becoming an artist. In his work, Alejandro uses a vast array of non-conventional materials such as pills, hair, bottle caps, chopsticks and more. In addition to his gallery showings, Alejandro has participated in cultural exchanges, workshops and talks. He has also worked in interior design for commercial spaces in Miami and Portland. 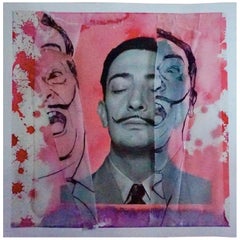 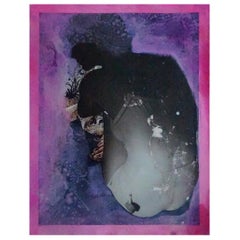