Carl Robert Holty, a native of Germany, came to the United States as an infant and grew up in Milwaukee, Wisconsin. He studied at the Art Institute of Chicago and the National Academy of Design in New York and then went to Munich to enroll in the Hans Hofmann School of Fine Arts, where he was exposed to abstract expressionism. In Europe, Holty began featuring more biomorphic forms in his work and elements reflective of the Organic Surrealism of Joan Miró. By the late 1950s, he had developed his enduring subject matter, large and soft-edged color forms. Always dedicated to abstract art, Holty found greater artistic acceptance in Europe than in the United States. When he returned to the United States in 1936, he became an important advocate of modern art, helping to establish the American Abstract Artists organization in New York. Holty died on March 22, 1973, in New York. 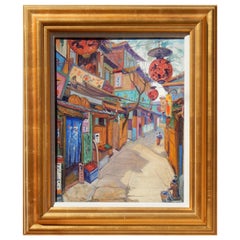 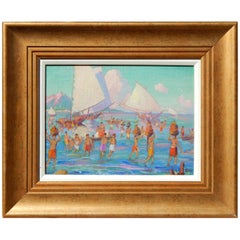