The Danish painter, Carl Heinrich Bloch, was born on May 23, 1834, in Copenhagen, Denmark. He was the son of merchant Joergen Peter Bloch and Ida Emilie Ulrikke Henriette Weitzmann Bloch. Counter to his parent's wishes, he became a painter rather than an officer in the Danish Navy. In January 1849, he began studying at the Royal Danish Academy of Art. In 1852, he was awarded a small silver medal for one of his drawings, which was exhibited the following year at the Academy. In 1855, Bloch joined the Royal Danish Academy of Art, where on August 1, 1859, he received a travel grant, which he used to study in Holland, France and Italy with his best friend and fellow artist, Anton Dorph. Here, Bloch's love and admiration for Rembrandt further developed and the old Master became a major driving force in Bloch's development as an artist. He then went to Rome, which served as his home base until 1865. Here the works of the Old Italian masters greatly influenced him and he did Italian genre and folklore paintings that brought him popularity. However, portrait painting became his signature work. After seeing many of Bloch paintings that were coming out of Italy, the Danish Maecenas of the time, Brewer J. C. Jacobsen commissioned Bloch to paint 23 new paintings for the King's Praying Chamber in the newly restored Frederiksborg Castle Chapel which was ravaged by fire in 1859. This commission came toward the end of Bloch's time in Italy. The assignment of this commission was to illustrate the life of Christ and Bloch worked on this monumental project for nearly 14 years. The commission to paint the 23 paintings for The Praying Chamber changed not only Carl Bloch's personal life but also his artistic legacy from portraiture to religious subjects. Carl Bloch also excelled through his etchings. A prominent Danish art critic, Karl Madsen, stated that Carl Bloch reached higher toward the great heaven of art than all other Danish artists up to that date. Madsen also said that “If there is an Elysium, where the giant, rich, warm and noble artist souls meet, there Carl Bloch will sit among the noblest of them all." Besides his religious masterpieces, many of his genre and portrait paintings are exhibited in Frederiksborg Castle, Denmark. Carl Bloch died of cancer on February 22, 1890.

Coppe-Plate Engraving of a Farm by Carl Bloch 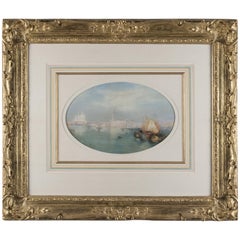 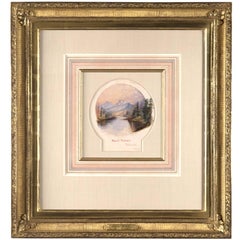 Stained Glass Design for the Ascension of Christ

Previously Available Items
Christ with a Crown of Thorns by Carl Heinrich Bloch
By Carl Bloch
Located in Salt Lake City, UT
This etching was completed in 1882 by Carl Block, who, during the final decade of his career, took up printmaking, crafting masterful etchings of everyday moments, the Danish country...
Category

Christ with a Crown of Thorns by Carl Heinrich Bloch