Robert (Bob) Knight Fowler, Jr. was born in 1931 in Houston, Texas. Bob was a celebrated artist and master sculptor. He began producing art at the age of nine, when he won a scholarship to the Museum of Fine Arts in Houston. He attended St. Thomas High School, graduated and went on to the University of Notre Dame, where he received a BFA in 1954. He continued his education at Mexico City College on a Good Neighbor Fellowship until 1958, when he returned to Houston. In 1963 he began working as a full-time sculptor. In 1966 he was the first American to win first place in the International Exhibit of Sacred Art Trieste in Italy. Notably his landmark sculpture, African Elephant, 1982, greets visitors at the entrance to the Houston Zoo. His public pieces are displayed in such diverse settings as concert halls (Jones Hall in Houston), universities, banks and community centers. Bob Fowler passed away in 2010.

(Biography provided by Reeves Antiques)
Applied Filters2 results
Creator:Bob Fowler
to
Item Location
2
Height
to
Width
to
1
1
2
1
4
10,006
2,536
2,281
1,736
1
1
1
Industrial Mixed Media Artist Proof Print
By Bob Fowler
Located in Houston, TX
Industrial etching of different sized drills. Towards the top of the etching is a shadow box with a miniature bouquet of flowers. The work is signed by the artist editioned artist pr...
Category 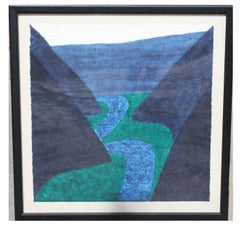 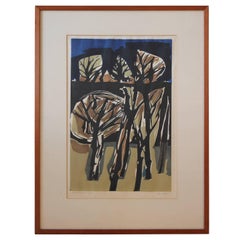