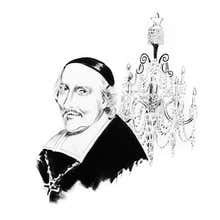 One of the world’s foremost crystal manufacturers, Baccarat has long been emblematic of luxury and exquisite craftsmanship. Starting in the early 19th century, objects produced by the French company — from stemware to chandeliers to brightly colored paperweights — became a staple of noble and wealthy households across Europe and as far afield as India. Along with the purity and quality of their glass, Baccarat crystal makers can boast a remarkable fluency with a range of design styles — from cut-glass Neoclassical pieces to sinuously etched Art Nouveau designs.

Baccarat began as a kind of industrial development project. In 1764, the Bishop of Metz and other landowners in heavily forested northeastern France persuaded Louis XV to sanction a glass works in the area — timber being a key resource required for the furnaces used in glass production. In its early years the company produced humble products such as window panes and simple drinking vessels. In 1816 a new owner began making crystal, and seven years later Louis XVIII — who had taken the throne after the defeat of Napoleon — gave Baccarat its first royal commission, for tableware. In ensuing years, an estimated one third of the company’s workforce was dedicated to commissions to the Russian imperial court alone.

Spurred by the intense competition between global industries in the latter 19th century — fought in public view in the many world expositions of the era — Baccarat elevated its level of artistry by adopting new technologies and creating a rigorous training program. The firm broadened its stylistic range, embracing Asian influences and new engraving methods, and increasing production of its now iconic millefiori paperweights. The designer George Chevalier, who worked for Baccarat for more than five decades beginning in 1916, ushered the company into the realm of Modernist design. In recent years, Baccarat has employed such renowned contemporary designers as Philippe Starck and Marcel Wanders, ensuring that Baccarat crystal will continue to enjoy pride of place on up-to-date tables. But as you will see from the offerings on these pages, Baccarat has items to suit any taste.

Baccarat and Ormolu Centre Piece
By Baccarat
Located in London, GB
This mid 19th century centrepiece was crafted by the Baccarat French company and is wrought from crystal and ormolu. Ormolu adorns the rim of the bowl and at each sides the handles a...
Category

French Modernist Spherical Channeled Crystal Vase Signed by Baccarat
By Baccarat
Located in New York, NY
This elegant modernist crystal vase was realized by Baccarat- one of the world's premiere producers of crystal and luxury goods since 1764- in France during the latter half of the 20...
Category

Nepenthes Garniture Set by Baccarat
By Baccarat
Located in New Orleans, LA
This garniture set by the Baccarat cristallerie displays the exceptional workmanship for which this legendary firm is renowned. The garniture comprises three pieces — a pair of vases...
Category

Baccarat Crystal Nautical Inkwell
By Baccarat
Located in New Orleans, LA
This extraordinary crystal inkwell from the renowned Baccarat is a piece of exquisite charm and grace. Featuring a doré bronze mermaid languishing upon the crest of a rolling wave, i...
Category

Hybrid Perfume Bottle with Lalique Crystal “Ondines” Stopper and Baccarat Bottle
By Baccarat
Located in Guaynabo, PR
This is a hybrid perfume bottle with a Lalique “Ondines” stopper and Baccarat “Massena” bottle. The stopper is adorned with a pair of water nymphs and is marked with the numbers-507....
Category

Pair of Crystal Hippos by Baccarat

Antique Pair of Baccarat Dolphin Clear Crystal Four Candle Candelabras
By Baccarat
Located in Toronto, ON
Elevate your table with this magnificent pair of antique Baccarat 4 candle, candelabras. Nothing can quite compare to the opulence of antique Baccarat, a favourite of any discerning ...
Category

Baccarat Crystal Bambous Tors Swirl Depose
By Baccarat
Located in Los Angeles, CA
This is a vintage Baccarat crystal Swirl pattern depose/ condiment jar. The base has an etched Baccarat logo that says Baccarat France. It also has an embossed mark that says Bacc...
Category

Stylized Crystal Elephant Sculpture or Paperweight by Baccarat
By Baccarat
Located in San Diego, CA
Gorgeous stylized crystal elephant sculpture by Baccarat, circa 1990s. The piece is in excellent condition with no visible imperfections and has great clarity. Signed on the undersid...
Category

Antique Pair of Signed Baccarat Floral Gilded Vases
By Baccarat
Located in Toronto, ON
This beautiful pair of antique Baccarat vases, circa 1940, is dedicated gilded with branches and leaves, wrapping around three sides of the crystal body. Baccarat signature etched in...
Category

Pair of Antique Baccarat Cut Crystal and Brass Compotes
By Baccarat
Located in Toronto, ON
A stunning pair of antique Baccarat cut crystal compotes, held up with cherub mounts on a bronze pedestal, circa 1900, these beautiful piece is stamped "FRANCE" and unsigned; the qua...
Category

Finely Painted Pair of French Opaline Glass Vases
By Baccarat
Located in New York, NY
A pair of hand painted and gilt opaline glass vases in opaque white adorned with intricate, detailed depictions of flowers. Their bodies with parcel-gilt banding at their bases and a...
Category

Baccarat Clear Crystal Modern Ice Bucket Vase, France
By Baccarat
Located in Brescia, IT
This modern Baccarat crystal vase can be used like a flower vase or like ice bucket. More it can be simply collected for his beauty. We're authorized dealer in Brescia, Italy for B...
Category

Original 1948 Baccarat Sun Clock
By Baccarat
Located in Los Angeles, CA
The designs of Georges Chevalier (1894-1987), who was artistic director of Baccarat from the 1920s to the 1970s, were largely responsible for propelling Baccarat into the modern era....
Category

Crystal Surtout de Table or Centrepiece, Baccarat France, 28 Pieces, circa 1910
By Baccarat
Located in Merida, Yucatan
Striking "Surtout de Table" or centrepiece by Baccarat, France. -All pieces bear in relief the marks "Baccarat" and "depose". These marks indicate that they are pre 1920's when Bacc...
Category

Pair of Baccarat Catchall Dishes
By Baccarat
Located in West Palm Beach, FL
Baccarat clear crystal catchall dishes - a pair - from a Palm Beach estate. Both signed on verso, as well as one has the red Baccarat label. Larger is 4 x 4 x 1 Smaller is 3 x 3...
Category

Decorative Baccarat objects are available for sale on 1stDibs. These distinctive objects are frequently made of crystal and designed with extraordinary care. In our collection of Baccarat decorative objects, there are many options to choose from, although gray editions of this piece are particularly popular. In-stock we have 79 vintage editions of these items, while there are also 2 modern editions to choose from. Many of Baccarat's original decorative objects were created in Europe during the 19th century in the modern style. Many customers also consider Hermès Decorative Objects, Robert Rigot Decorative Objects and Marie-Claude Lalique Decorative Objects when they are looking for additional options. Prices for Baccarat decorative objets can vary depending upon size, time period and other attributes. The price for these items starts at $125 and tops out at $140,000, while pieces like these can sell for $3,250 on average.