Arthur Hoener was born in Brooklyn, New York, in 1933. He studied graphic design at The Cooper Union, New York and then received his bachelor’s and master’s degrees at Yale University, where he studied with Josef Albers. Hoener went on to teach at Boston University (where his students included the young Brice Marden, who has spoken in interviews about Hoener's influence); Massachusetts College of Art, where he ran the graphic design department and also at Hampshire College, MA. Hoener was involved with Timothy Leary in studies conducted at Harvard concerning the effects of LSD on the creative process in the early 1960s and published an illustrated essay on the subject in the summer 1963 issue. He exhibited widely, showing paintings, drawings and his distinctive wood sculpture and died in 1987. 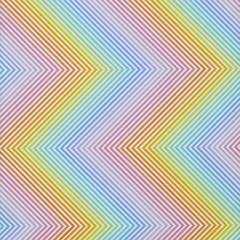 Lois & Morty all the way to 1201
By Zigi Ben-Haim
Located in Concord, MA
Category