Antoine Borel was born in Paris in 1743 and died in 1810. He is a French painter, draftsman and engraver. The son of a portrait painter, Borel first devoted himself to the same kind of painting and then preferred to depict, mostly in watercolor, subjects of manners and political allegories, which he engraved at times. Around 1780, two nasty scenes translated by Jean-Louis Anselin were successful. Then he became almost exclusively designer thumbnails and made himself a name. If in this specialty, he put his talent many times in the service of erotic books of André-Robert Andréa de Nerciat, Montigny or Sade, he also made many compositions for serious works, among which Plutarch (1783), the Theater of the Greeks (1785–89), the Works of Belloy (1787), Charles IX, the tragedy of Chénier (1790); the Works of Regnard (1790). During the Revolution, he designed the Fasts of the French Revolution, the National Assembly, meeting of September 7, 1789, at the moment of the patriotic offer of the first time of the ladies artists, engraved by Ponce, the Last Words and the Death of Mirabeau, engraved by Robert Delaunay, the frontispiece of the almnac of the father Gerard. 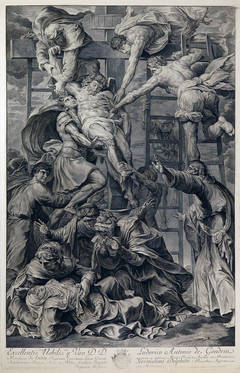 Apollo from Behind
Located in New York, NY
Category 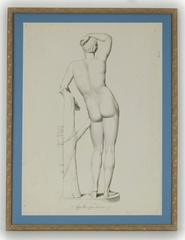 The King Seated in St. Edward's Chair Crowned by the Archbishop of Canterbury
By James Stephanoff
Located in New York, NY
Category

James Stephanoff
The King Seated in St. Edward's Chair Crowned by the Archbishop of Canterbury, 1824

The Ceremony of the Homage
By James Stephanoff
Located in New York, NY
Category

James Stephanoff
The Ceremony of the Homage, 1824

Dean of Westminster Bringing the Crown from the Altar
By James Stephanoff
Located in New York, NY
Category

James Stephanoff
Dean of Westminster Bringing the Crown from the Altar, 1824