Anthony Ackrill was born in Alaska in 1958 but spent most of his childhood in Florida and Ohio. He decided to pursue painting at a relatively late age. Subsequently, he studied graphic design and worked as an art director at an established advertising agency. Also, he designed his line of humorous greeting cards, which sold internationally. Following this period, Ackrill began to study drawing and painting on his own. After winning awards in several local and regional art contests, as well as selling some of his paintings, he sought a more formal education to help develop his talent. Ackrill found an excellent atelier-styled school for artists in Florence, Italy, and enrolled in late 1995, at the age of 37. In his second year in Florence, Ackrill began teaching anatomy to his fellow students, and then also taught drawing and painting. After five years of painting and teaching in Florence, Italy, he returned to Florida, where he now has his studio.

(Biography provided by Grenning Gallery)
Applied Filters5 results
Creator:Anthony Ackrill
to
Item Ships From
5
Height
to
Width
to
1
1
5
5
9,740
2,533
1,915
1,588
5
5
4
1
1
Cupcake By the Sea
By Anthony Ackrill
Located in Sag Harbor, NY
Oil painting of a cupcake on the beach on a small silver tray. Artist Bio Anthony Ackrill was born in Alaska in 1958, but spent most of his childhood in Florida and Ohio. He decided...
Category

Anthony Ackrill
Cupcake By the Sea, 2019 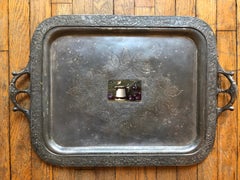 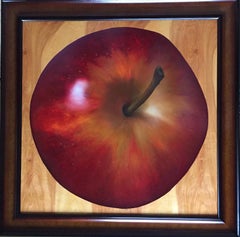 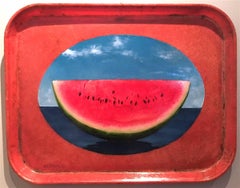