Annemarie Davidson was born Annemarie Behrendt in 1920 in Berlin, Germany and moved to New York City with her family in 1936. Davidson is known for her fine modernist abstract copper enamels. Davidson studied economics, receiving her bachelor's degree from New York University in 1941 and was awarded her master's degree at Columbia University in 1942. In 1942, she married Norman Davidson, a chemist and molecular biologist. The Davidsons moved to the Sierra Madre in California in 1946, where Norman Davidson was a Caltech professor and a pioneering scientist in the field of microbiology. While her husband was at Harvard in 1957, she studied with enamellist Doris Hall in Cambridge. Returning to the Sierra Madre in 1958, Davidson continued studying with the African American enamelist Curtis Tann. She became a friend of Los Angeles–based enamellist Mary Sharp. Influenced by Hall, Tann and to some extent Sharp, her enamels were brightly colored and abstract. Davidson would use glass fragments, which she referred to as jewels in her work, which would become part of the enamel, giving her work a distinctive freeform sculptural style. Davidson died in the Sierra Madre on September 24, 2012. 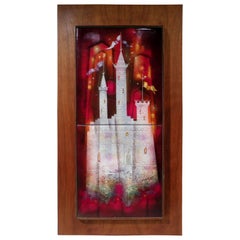 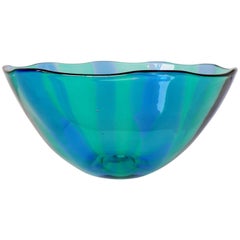