Anatoly Sokoloff was born in St. Petersburg, Russia, in July 1891. He completed studies at the Academy of Fine Arts in St. Petersburg. He became the Commissioner of Fine Arts in the Crimea and later Academic Professor of Art. By the 1940s, Sokoloff had settled in San Francisco. Sokoloff’s works are found in museums and private galleries of Germany, Romania and Austria, including many royal portraitures. In 1953, the government of Argentina commissioned the artist for painting, The Great Captain for their House of Congress. In 1961, again commissioned by the government, he completed the work Crossing of the Parana River. His panoramic murals, Christopher Columbus the Discoverer of America, The Conquistadors and Argentina Today, are found in the Rivadavia Gallery in Buenos Aires. In the United States, he was appointed President of the American Russian Artists Society, which he held up until his death in San Francisco in 1971. 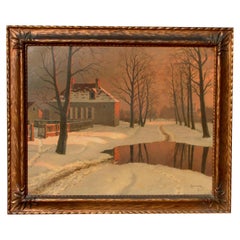 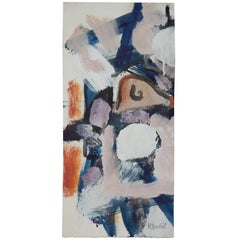 Nikolai Timkov Russian Artist Oil on Board, 1968, “The Kremlin”