Anabel Leiner is a contemporary artist from Hamburg, Germany. Her process deals with constantly experimenting with mixed media and colors to find her abstractions. Leiner's experimentation process is one that motivates and drives her to find new media, thus creating pieces that are ever-changing and complex. Her artwork highlights the catalytic role of materiality and technique in the contemporary quest of abstraction. The result is refreshing with long lines contrasted with soft colors, balancing these features delicately and skillfully. Leiner's use of color evokes elegance as her lines create an innovative touch. Through the use of mixed media and experimentation, Leiner achieves balance within each piece, while inviting the viewer to closer inspection. With the use of Leiner's mixed media, a balance is sought between this overall view and density in these environments. Her work makes us feel as if we can open a window and step into the landscape of her paintings, stealthily, so that no-one can hear us entering. She sometimes feels as though to shut off the world and follow an internal silence in her own imagination. The center of her paintings become the brain and heart, understanding the depth with signals that echo what bares wrong and truth, and what slides away. Leiner draws enrichment from this and is inspired by words, music, and attractions, as she feels they kink a certain angle in her daily routine which influences how she paints. Leiner is adorned with reduced impressions, minimalism, sound and thought spaces. She is at times conflicted with her own creations, ambivalent to how she must react once complete. This somehow separates her and allows her special world to be frozen in a nanosecond. "I like to see art that is in motion, risky in a way -that plays with us, shakes me up, fools me- or brings me closer with an intense moment of cognition or disruption," says Leiner. 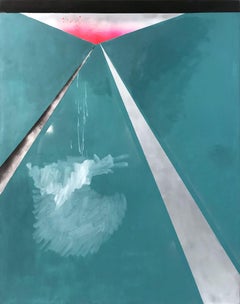 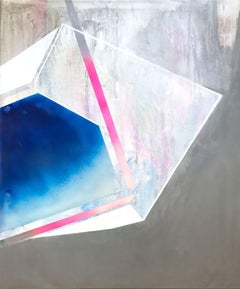 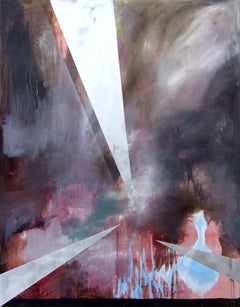 Where is My Mind
By Anabel Leiner
Located in New York, NY
Category 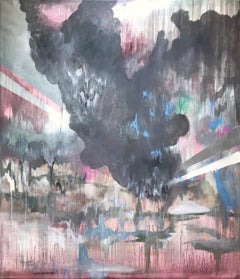 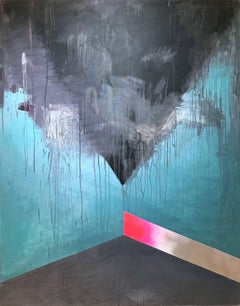 Where is My Mind
By Anabel Leiner
Located in New York, NY
Category

Previously Available Items
Useless Hourglasses
By Anabel Leiner
Located in New York, NY
Anabel Leiner is a contemporary artist from Hamburg Germany. Her process deals with constantly experimenting with mixed media and colors to find her abstractions. Her experimentation...
Category