Albert Guillaume, born in Paris, France on February 14th, 1873, was a French painter and caricaturist who became a leading caricaturist during the Belle Époque. He created theater posters as well as advertising posters that were greatly influenced by the work of one of the preeminent poster painters, Jules Chéret. While remembered for his poster art, Guillaume was also widely recognized for his oil paintings of upper-crust Parisian society. His paintings reflect the customs, habits and societal activities of his day, and are complex compositions featuring Parisian society at leisure. Guillaume is also known for his satirical drawings that appeared in Parisian humor magazines such as Gil Blas, Le Rire, L’Assiette au Beurre, and Le Figaro. The winner of a bronze medal at the Universal Exhibition of 1900 in Paris, Guillaume had many of his illustrations published in albums by such firms as Ernest Maindron and Librairie illustrée, J. Tallandier, including three albums of military cartoons with the preface for the 1896 edition written by Georges Courteline. Albert Guillaume died on August 10th, 1942 in the rural village of Faux in the Dordogne department of Fran

(Biography provided by Madelyn Jordon Fine Art)
Applied Filters3 results
Creator:Albert Guillaume
to
Item Ships From
2
1
Height
to
Width
to
1
1
2
1
1
3
9,781
2,534
1,928
1,594
3
2
1
1
1
Manoeuvre de Seduction - Belle Epoque Impressionist Oil by Albert Guillaume
By Albert Guillaume
Located in Flackwell Heath, Buckinghamshire
A superb belle époque oil on panel circa 1900 by Albert Guillaume depicting two lovers in an interior. The exquisite expressions on each of the figures faces each tells a story of wh...
Category

French Watercolor Portrait - Lady in Deep Thought
By Albert Guillaume
Located in Houston, TX
Bright watercolor portrait of a mature female figure seated at a table with her books by artist A. Guillaume, circa 1970. Original artwork on paper displayed on a white mat with a ...
Category 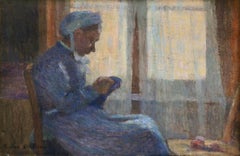 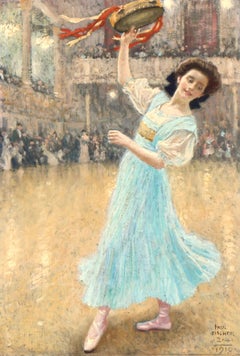