Agenore Fabbri was an Italian painter and sculptor. When he was only 12, he entered the School of Arts and Crafts in Pistoia, and then was admitted to the Florence Academy of Fine Arts, where he frequented the artists' Caffè Giubbe Rosse, the meeting point for the intellectuals known as the Ermetici Group and came into contact with painter Ottone Rosai and poet Mario Luzi. During his life, he also met other famous artists, among others Picasso, Arturo Martini, Lucio Fontana. In 1967, he illustrated 10 poems by Nobel Prize winner Salvatore Quasimodo, who after a long friendship, had dedicated an open letter to Fabbri. The letter was published in the Italian weekly magazine Tempo on the occasion of his solo exhibition at the Galleria Arte Borgogna, Milan. Fabbri received a lot of awards, including the International Sculpture Award (1955 and 1959), the First Prize at the Mostra d'Arte Sacra in Trieste (1966), and those of the Milan Triennale, where he was appointed with two Gold Medals and the Grand Prix for Ceramics. Fabbri worked mainly with ceramic and terracotta, developing progressively new solutions such as riflessatura (reflection), while in the following two decades, he preferred bronze and wood. He also executed many artworks using materials like iron, tin, zinc and steel. From 1981, he discovered painting, before using the classic oil and acrylic colors and then, in the last phase of his career, adding to the canvas materials of recovery such as sand, stones, rags and textiles, tin cans and much more. 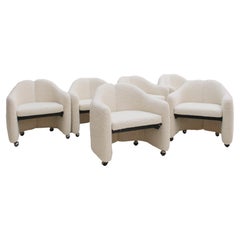 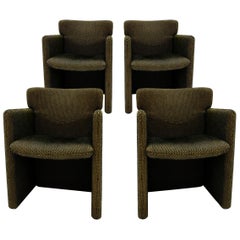 The Agenore Fabbri Furniture is available on 1stDibs for sale. We have in-stock 0 vintage editions of these items, while there are also 0 modern editions to choose from. The prices for Agenore Fabbri furniture can vary depending on size, time period and other attributes.