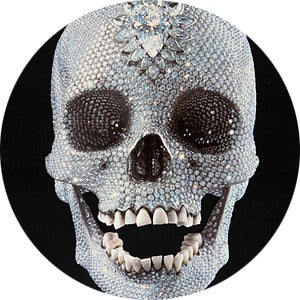 YBAs = provocative. The collective of artists who came up in London in the late 1980s and early ’90s — commonly referred to as the Young British Artists (YBAs) — have made their indelible mark on the art world and continue to produce work that both challenges the viewer and seduces collectors the world over.

Damien Hirst played the role of pioneer in 1988 by organizing Freeze, the first of several artist-curated group shows held in abandoned warehouses across London. Most of the artists participating in these early exhibitions — among them Sarah Lucas, Gary Hume, Liam Gillick, Mat Collishaw, Sam Taylor-Wood (now generating more buzz for her directorial work on the film 50 Shades of Grey), and Hirst himself — were graduates of Goldsmiths, University of London. The group’s sophisticated maturity and confidence in presenting conceptual art with shock appeal, such as Collishaw’s Bullet Hole, a photograph that offers a disturbingly gruesome close-up of a man’s fatal wound, left a lasting impression with Charles Saatchi and other art world stalwarts.

From the beginning, Hirst was fascinated by such epic themes as death and immortality and sought to express them through unconventional, powerful gestures; his early works include A Thousand Years, 1990, in which flies feed on a bloody cow head, breed and die by electrocution within a large glass vitrine, and The Physical Impossibility of Death in the Mind of Someone Living, 1991, his Jaws-inspired suspension of a great white shark in formaldehyde. Following in the footsteps of artists ranging from Marcel Duchamp, Andy Warhol and Jeff Koons, Hirst was inspired by mundane objects from daily life, incorporating them into his works, most famously his "Medicine Cabinets" filled with brightly packaged pills.

Notoriously dubbed an “enfant terrible” of the art world, Tracey Emin once printed a photo of Damien Hirst, stuck it on the bottom of an ashtray and sold it as a piece of art. Represented by 1stdibs’ Lehmann Maupin Gallery since the late 1990s, Emin was a Turner Prize finalist in 1998 for My Bed, an installation showcasing her disheveled bed covered in underwear, used condoms and other debris. Overt sexuality and the emotional dynamics of love and sex have persisted as themes throughout her career, seen across the neon artworks for which she is most famous.

YBAs have never shied from using untraditional materials or tackling controversial subject matter. Chris Ofili, a racially charged painter who re-appropriates biblical and mythological iconography, found the spotlight in 1999 when then-New York City mayor Rudolph Giuliani publicly criticized the artist’s monumental depiction of an eroticized black Madonna, entitled The Holy Virgin Mary, baring a breast composed of elephant dung and surrounded by images of female genitalia. Marc Quinn reimagined the self-portrait in 1991 by casting a frozen sculpture of his head with his own blood and maintaining it in a refrigerated vitrine as if on life-support. More recently, Quinn has elicited strong reactions from a series of studies and sculptures of supermodel Kate Moss in a contorted, god-like pose.

Below, we invite you to browse our collection of works by Hirst, Emin, Quinn, Collishaw and other YBAs — a group that knew not only how to provoke and self-promote but to create works that continue to resonate today.

Jenny Saville, Jenny's Studio, London
By Nigel Parry
Portrait of the English painter fully covered in paint and squeezing her breast. PREISS FINE ARTS is one of the world’s leading galleries for fine art photography representing the m...
Category 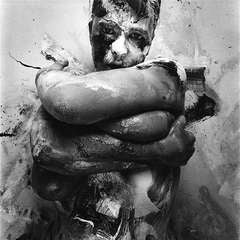 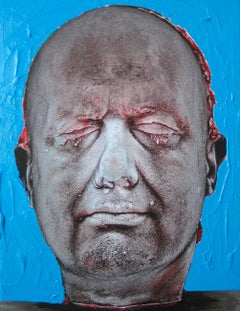 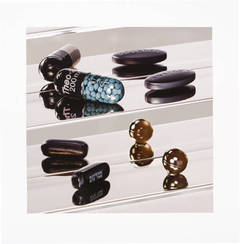 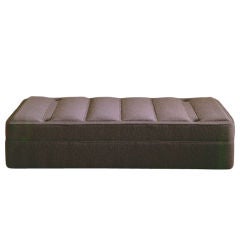 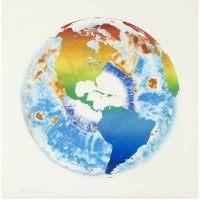 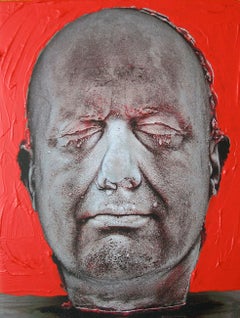 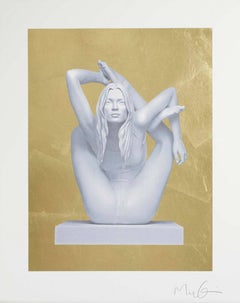 David Bowie, Damien Hirst, Julian Schnabel, New York
By Roxanne Lowit
Legendary portrait of 3 famous contemporary artists - all three are smoking. Roxanne Lowit’s portfolio is a tribute to the world of glamour and the creative elite. After over three ...
Category 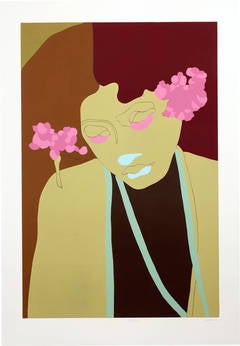 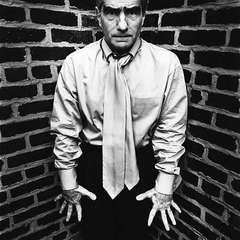 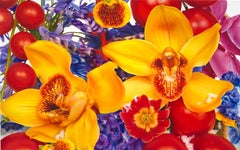 Sphinx Silver Leaf Marc Quinn 2014
By Marc Quinn
Silkscreen print of Kate Moss depicting her beauty, but showing her limbs contorted in an extreme yoga pose, a commentary, by the artist, on the distortions of global media. A monum...
Category

The Man from U.N.C.L.E., Studio One, New York City
By Nigel Parry
Category 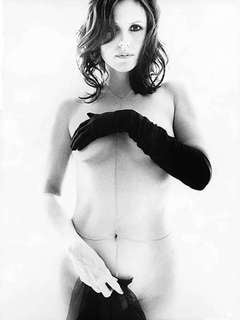 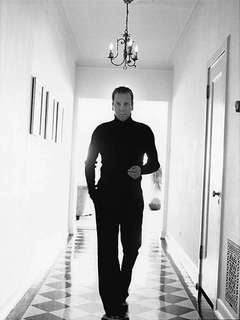