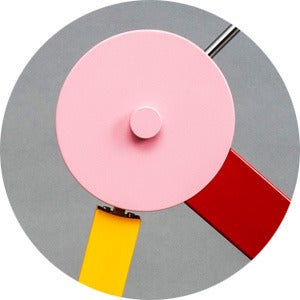 Strictly speaking, Postmodern Design was a short-lived movement that manifested itself chiefly in Italy and the United States in the early 1980s. Objects produced by postmodern practitioners were characterized by hot-colored, loud-patterned, usually plastic surfaces; strange proportions and weird angles; and a vague-at-best relationship between form and function. Critics derided postmodern design as a grandstanding bid for attention and nothing of consequence. The fact that, thirty years later, postmodern design still has the power to provoke thoughts (along with other reactions) proves they were not entirely correct.

Postmodernism began as an architectural critique. Starting in the 1960s, a small cadre of mainly American architects began to argue that modernism, once high-minded and even noble in its goals, had become stale, stagnant and blandly corporate. In the next decade in Milan, a cohort of designers led by Ettore Sottsass and Alessandro Mendini brought the discussion to bear on design. Sottsass and Michele de Lucchi, in 1980, gathered a core group of young designers, which would come to include Michael Graves, Marco Zanini, Shiro Kuramata and Matteo Thun, into a design collective they called Memphis. They saw design as a means of communication and they wanted it to shout. That it did: the first Memphis collection appeared in 1981 and broke all the modernist taboos, embracing irony, kitsch, wild ornamentation and bad taste.

Memphis works remain icons of postmodernism: the Sottsass "Casablanca" bookcase with it’s leopard-print plastic veneer; de Lucchi’s "First" chair, which has been described as having the look of an electronics component; Martine Bedin’s "Super" lamp: a pull-toy puppy on a power cord leash. After the initial Memphis show caused an uproar, postmodern design quickly took off in America. The architect Robert Venturi had already begun a series of plywood chairs for Knoll Inc. with beefy, exaggerated silhouettes of traditional styles such as Queen Anne and Chippendale. In 1982, the new firm Swid-Powell enlisted a group of top American architects, including Frank Gehry, Richard Meier, Stanley Tigerman, and Venturi to create postmodern tableware in silver, ceramic, and glass.

Many of the pieces mentioned above formed the core of a 2011 survey of postmodern design at the Victoria & Albert Museum — an exhibition that showed the movement's influence on contemporary design and fashion. That fact, coupled with the works offered on these pages, proves that postmodernism is a movement that continues to inspire. 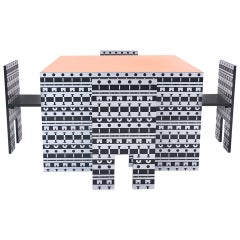 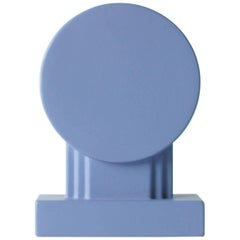 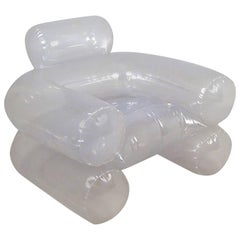 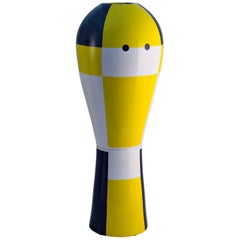 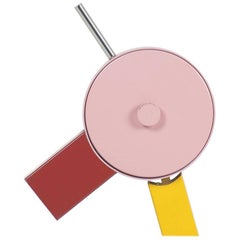 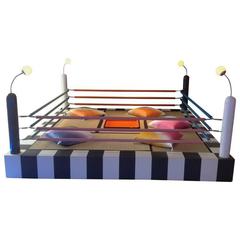 Lapo Binazzi, Rare MGM Lamp Prototype, Pink Lacquered Metal, 1969
By UFO Group
Prototype realized in 1969, prior to series put into production during the 1970s for Gruppo UFO and Studio Alchimia. Hence making it a rare early prototype. On the base of the lamp ...
Category 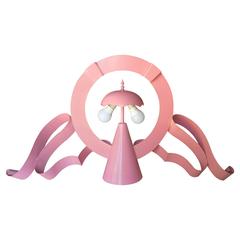 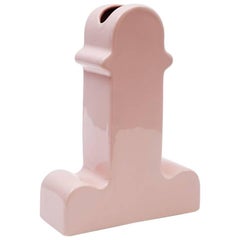 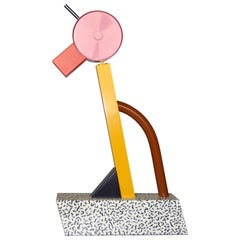 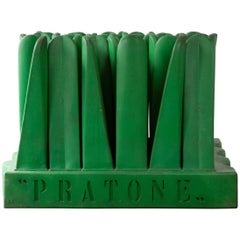 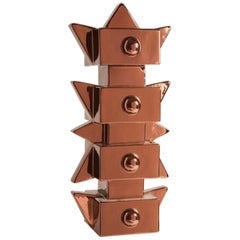 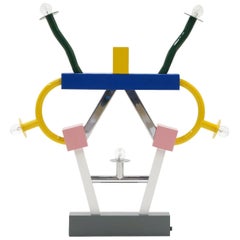 21st Century and Contemporary French Commodes and Chests of Drawers

Ziggurat Container by Oeuffice
By Oeuffice
Oeuffice explores the world of Middle Eastern architecture and ornamental structures. Collaborating with a Lebanese craftsman specialized in wood inlay, Oeuffice has created a system...
Category

Four Dining or Side Chairs Designed by Nicos Zographos, USA, 1966

Memphis Style Side Table, circa 1980s
By Memphis Group, Peter Shire
A fun and whimsical Memphis style side table in the manner of Peter Shire. This table consist of painted steel with a 23.5" round 1/2" thick glass top, circa 1980s.
Category

Memphis Style Side Table, circa 1980s

Elda Chair by Joe Colombo for Comfort, 1963
By Joe Colombo, Comfort, Italy
The Elda lounge chair was designed in 1963 and is made of a fiberglass shell with a rotating base, the seat is padded with black leather covering. The iconic piece, designed by Joe C...
Category

Stilnovo Table Lamp Model 8051, Italy, 1960s
By Stilnovo
Table lamp modell 8051 by Stilnovo Milano Italy of the 1960s, with a tilt table head and adjustable stand. Label of Stilnovo on the back, slight signs of usage. For the electrificat...
Category

Mirror Designed and Signed by Ettore Sottsass, 2007 Made in Italy

Kyoto Round Table by Shiro Kuramata

Roma Chair by Marco Zanini for Memphis, 1986
By Marco Zannini, Memphis Group
From the 1986 Memphis/Milano collection, this chair represents one of Marco Zanini's most important designs for Memphis. This example has a deep green metal flake finish on the fiber...
Category