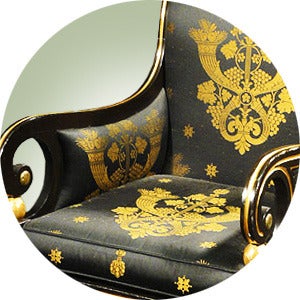 Neoclassical design emerged in Europe in the 1750s, as the Age of Enlightenment reached full flower. Furniture took its cues from the styles of ancient Rome and Athens: symmetrical, ordered, dignified forms with such details as tapered and fluted chair and table legs, backrest finials and scrolled arms. Over a period of some 20 years, first in France and later in Britain, Neoclassical design — also known as Louis XVI, or Louis Seize — would supersede the lithe and curvaceous Rococo or Louis XV style.

The first half of the 18th century had seen a rebirth of interest in classical antiquity. The "Grand Tour" of Europe, codified as a part of the proper education of a patrician gentleman, included an extended visit to Rome. Some ventured further, to sketch the ruins of ancient Greece. These drawings and others — particularly those derived from the surprising and rich archaeological discoveries in the 1730s and ’40s at the sites of the Roman cities of Pompeii and Herculaneum — caused great excitement among intellectuals and aesthetes alike.

Neoclassical furniture is meant to reflect both grace and power. The overall appearance of Neoclassical chairs, tables and cabinetry is strong and rectilinear. These pieces are, in effect, classical architecture in miniature: chair and tables legs are shaped like columns; cabinets are constructed with elements that mirror friezes and pediments.

Yet Neoclassicism is enlivened by gilt and silver leaf, marquetry, and carved and applied ornamental motifs based on Greek and Roman sculpture: acanthus leaves, garlands, laurel wreathes, sheaves of arrow, medallions, and chair splats are carved in the shapes of lyres and urns. As you can see from the furniture shown on these pages, there is a bit of whimsy in such stately pieces — a touch of lightness that will always keep Neoclassicism fresh. 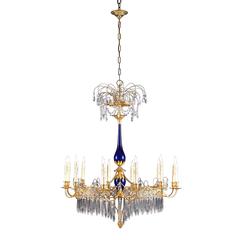 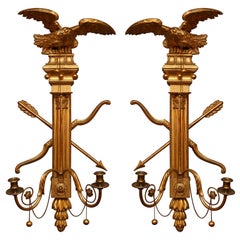 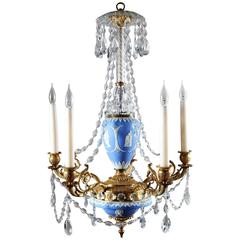 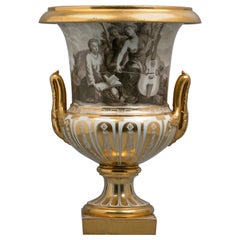 Pair of "Old Paris" Vases with Garlands of Bisquit Flowers
French, circa 1820. Porcelain, painted and gilded, with applied bisquit flowers 8 13/16 in. high. Inscribed (with incised mark, under the base of each): 3.
Category 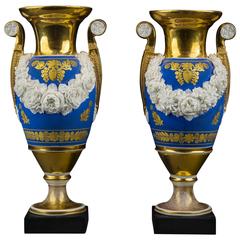 Pair of "Old Paris" Vases with Garlands of Bisquit Flowers 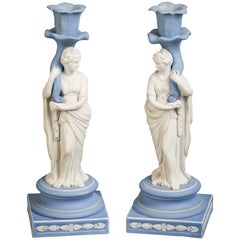 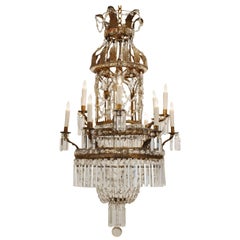 19th, Signed and Dated, Marble Bust of Nobleman
Large, hand-carved bust of a man in draped in a clasped robe by prominent, Scottish, Royal Acadmey member, Patric Park (18l1-1855). From the article, "Mapping the Practice and Profe...
Category 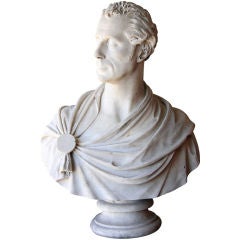 Set of Four Carved Classical Side Chairs, New York
These chairs are of the type known as "side chairs," which fit nicely for example alongside either a chest or a card table in a hallway. Also, these may be considered "boudoir chairs...
Category 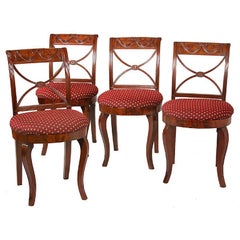 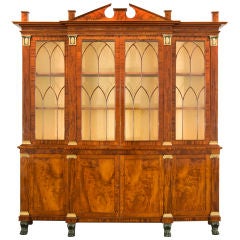 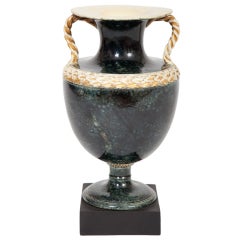 Pair of 18th/19th Century Neoclassical Carved Giltwood Sconces
Pair of exquisite Neoclassical carved giltwood sconces, each having draped female figure with wings holding torch in each arm and one on her head, serving as the three candlearms, e...
Category Pair of Gilt and Patinated Bronze Covered Vases, French, circa 1830

Pier Mirror in the Neoclassical Taste

Louis XVI design Fautueil constructed in Walnut, Italy c. 1780
A fine Louis XVI period Fauteuil, with Neoclassical carved designs throughout the exposed Walnut frame. Dating from the fourth quarter of the 1700s, and Italian in origin. The ov...
Category

Gustavian Giltwood Mirror
A Swedish Late Gustavian giltwood and painted mirror, Circa 1800, the divided mirror plate surrounded by a flat molded frame with a ribbon and stick outer edge, surmounted by a paint...
Category

Puce-Colored Transfer Creamware Shell-Edge Neale and Co Set of Ten Plates
By Neale & Co.
The Neale & Co. puce-colored shell-edge plates are each decorated in a purple transfer with figures in the foreground amongst a landscape of Classic ruins. The rims, also with a feat...
Category

Giltwood Barometer, French, 18th Century
This French barometer is of large size, in an excellent state of preservation, and in working condition. The gold leaf has a mellow and deep glow. This barometer is typical of French...
Category

Regency Lantern
English Regency lantern, circa 1800. Glass, blown, with gilt-brass fittings 27 in. high, 13 1/4 in. greatest diameter. In a market that is overwhelmed with reproduction lantern...
Category

Rare Set of Four Italian Neoclassic Silver Gilt Armchairs
The oval back with stop fluting above a similarly decorated frieze on round tapering fluted legs, can be sold in pairs.
Category

Painted Folk Art Four-Panel Floor Screen
A very unique charmingly decorative double sided screen, painted oil on canvas, seemingly an oversized idea of the sketchbook or travelogue. One side of the screen shows an imaginary...
Category

Carved Mahogany Classical Card Table
This card table represents the height of the Empire period with fabulous carving throughout. We have seen several drop-leaf tables of this form, but this is the only card table we ha...
Category

Russian Cut-Glass Chandelier
This Russian chandelier is distinguished by its exceptional rarity. The entirety of this important Neoclassical fixture is covered with a myriad of intricately cut-glass lusters, all...
Category

Sheffield Silver Plate Wire and Bristol Glass Epergne Centerpiece
This English Sheffield plate wire-work epergne is distinguished by gracefully scrolled supports, which branch from a round footed base and suspend six baskets, with a large central b...
Category

Prattware Pearlware Pottery Plaque of Lions
The Prattware pearlware plaque is relief-mouded with two recumbent lions and painted in underglaze colors with floral branches and a molded border. What is so nice about this particu...
Category

Pair of American Neo-Classical Pier Mirrors
By Historic New England
Boston, Massachusetts, about 1820 Eastern white pine, gessoed and gilded, with ebonized liners and mirror Each, 65 1/8 in. high; 37 1/2 in. wide Inscribed (on back of frame and ba...
Category

Fine Mahogany Neoclassical Card Table
This top-rank card table has leaves of solid Santo Domingo mahogany above an apron of decorative balls above a brass edge trim. The level of detail is extremely fine and is followed ...
Category