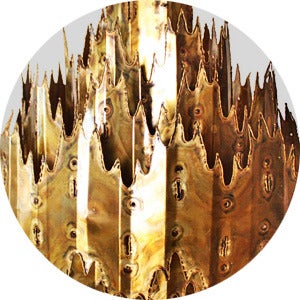 The term Brutalism — which derives from the French word brut, meaning “raw” — was coined to describe an architectural style that emerged in the 1950s featuring monumental buildings, usually made of unornamented concrete, whose design was meant to project an air of strength and solidity. Le Corbusier essentially created the Brutalist style; its best-known iterations in the United States are the Marcel Breuer-designed Whitney Museum of American Art and Paul Rudolph‘s Yale Art and Architecture Building.

Lately, the word “Brutalist” has been adopted by the realms of design and the decorative arts to refer to cabinets, tables, and accessory pieces such as mirror frames and lighting that are made of rougher, deeply textured metals and other materials that are the visual and palpable antithesis of the sleek, smooth and suave. Brutalist design encompasses that which is crafted, hewn and worked by hand — an aesthetic rebuke (or, at least, a counterpoint) to furniture that is created using 21st-century materials and technology.

Paul Evans is Exhibit A for Brutalist design. His “sculpted-front” cabinets laced with high-relief patinated steel mounts have become collectors items nonpareil, while the chairs and tables in his later “sculpted-bronze” series are perhaps the most expressive, attention-grabbing pieces in modern American design. Other exemplars of Brutalist design are Silas Seandel, the idiosyncratic New York furniture designer and sculptor whose works in metal — in particular his tables — have a kind of brawny lyricism, and Curtis Jere, a nom-de-trade for the California team of Curtis Freiler and Jerry Fels, the bold makers of expressive scorched and sheared copper and brass mirror frames and wall-mounted sculptures.

The names of other Brutalist designers are, so far, unknown to history. The furniture and sculptures on these pages lend unique, eccentric, human notes to an art and design collection. 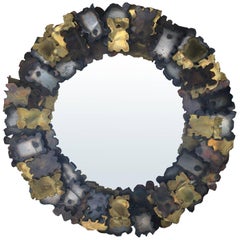 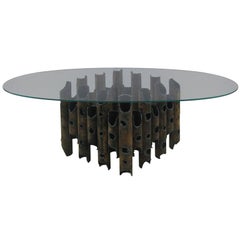 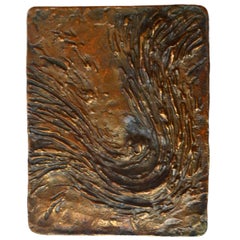 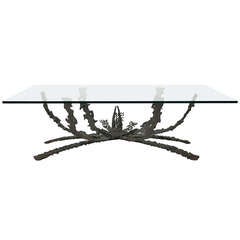 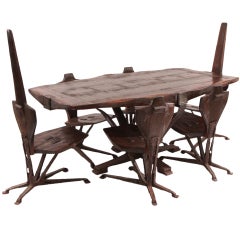 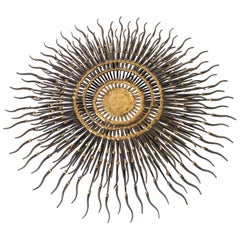 Sunburst Wall Art Made of Cut Nail and Brass Welding by Bela , 1970s 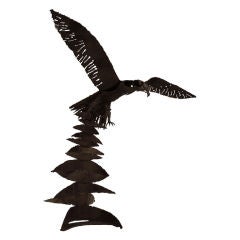 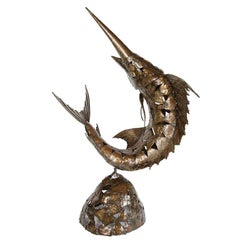 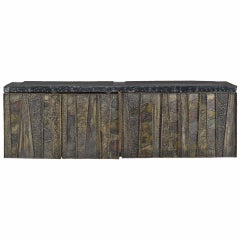 Giant Brutalist Metal Futuristic Sculpture of Beetle or Spider Hybrid
Beautiful futuristic metal sculpture of what appears to be a hybrid or mixture between a spider and a beetle. The sculpture was made by a southern California architect in the 1970s. ...
Category 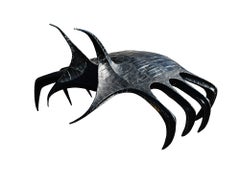 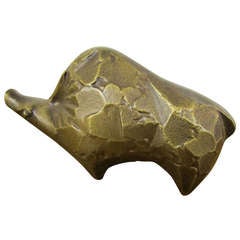 Brutalist Centre Table
This striking centre table in the Brutalist style has an Iron sculpture as table base with a glass top, signed, see image 2, somewhat illegible 'Sila....' With a larger glass top it ...
Category

Rare and Important Phillip and Kelvin Laverne Bronze Table
By Philip and Kelvin LaVerne
Persephone Enslaved- 1969- the model was cast in an edition of only three this important table was used as the 1969 New York Times Magazine ads for the Laverne Studios- Literature: S...
Category

Gabor Kalman Brutalist Steel Sculpture
Kalman takes steel and torch-cuts it, then contours it for a Brutalist effect. Signed base Gabor Kalman '68. This item is currently on view in our NYC Greenwich Street Location.
Category

Brutalist Sculpture in the Manner of Harry Bertoia

Pair of Brutalist Metal and Blown Glass Sconces
A pair of studio made brutalist sconces with torch cut metal and amber blown glass. Can be used with wall mount brackets as sconces or without as pendent lights.
Category

Brutalist Potted Plant Sculpture in the Style of Paul Evans

Brutalist Mid Century Chandelier In The Manner Of Curtis Jere

Pair of Lamps by Luciano Frigerio

Mirror in Bronze by Luciano Frigerio

Paul Kingma Rectangular Coffee Table in Stone and Concrete, 1963
By Paul Kingma
Very nice sober and early example of a Paul Kingma coffee table. Paul Kingma was well known for his architectural tables that pay a tribute to the riches of Nature by travelling exte...
Category

Restored Pair of Vintage Ceramic Brutalist Bow Lamps
By Unknown
An exceptional pair of ceramic bow lamps with gold leaf highlights, circa 1940s. The pieces show no visible Maker's mark and research uncovers no examples that are even remotely simi...
Category

Bronze and Marble Gerber Abstract Sculpture
By Adolf Gerber
One could interrupt the nature of this vintage signed abstract sculpture through the feet. Brutalist in molten form of the bronze. The variegated green /black marble base is signed G...
Category