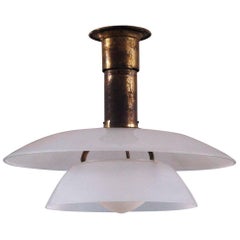 Choose from an assortment of styles, material and more with respect to the poul pat appl you’re looking for at 1stDibs. Each poul pat appl for sale was constructed with extraordinary care, often using metal, brass and copper. There are many kinds of the poul pat appl you’re looking for, from those produced as long ago as the 20th Century to those made as recently as the 20th Century. A poul pat appl is a generally popular piece of furniture, but those created in Scandinavian Modern and Mid-Century Modern styles are sought with frequency. You’ll likely find more than one poul pat appl that is appealing in its simplicity, but Poul Henningsen and Louis Poulsen produced versions that are worth a look.

How Much is a Poul Pat Appl?

A poul pat appl can differ in price owing to various characteristics — the average selling price 1stDibs is $19,000, while the lowest priced sells for $13,500 and the highest can go for as much as $34,391.