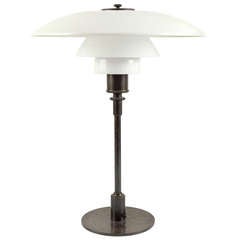 Henningsen Pat For Sale on 1stDibs

How Much is a Henningsen Pat?

A henningsen pat can differ in price owing to various characteristics — the average selling price 1stDibs is $18,500, while the lowest priced sells for $13,500 and the highest can go for as much as $34,391.