Larry Clark is a living icon of American film, a director, photographer, writer and film producer. His controversial works include the photography monographs Tulsa (1971), Teenaged Lust (1983) and his film debut, Kids (1995). Clark can be considered a genuine auteur, his work primarily focuses on the experiences of the American Youth, exploring gender, sex, drugs, violence and subculture and have served us influences for contemporaries, including Van Sant and Scorsese. Clark collates images of the nude male, often erect, with that of the mainstream media. 1980s teen idols such as Corey Haim compete for space with rural teen Satanists, while faded newspaper clippings report on teenage villains, complemented by scenes of fellatio. Critics too often dismiss Clark as obscene. The reader is not encouraged to objectify the male form, but rather deconstruct hegemonic male masculinity and their concept of the All America Boy. 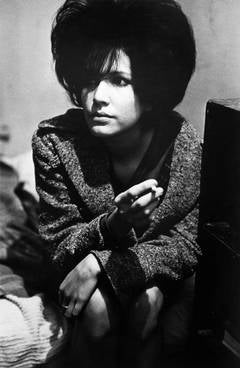 H 14 in. W 11 in.
Untitled (Girl with Cigarette)
By Larry Clark
Located in New York, NY
Gelatin silver print Signed, dated, and inscribed in pencil, verso Accompanied by a hand-written letter from the artist. This artwork is offered by ClampArt, located in New York Cit...
Category 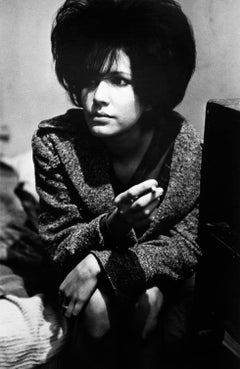