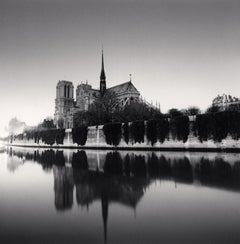 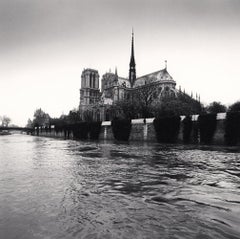 H 39 in. W 32 in. D 1 in.
French Modernist LANDSCAPE WITH HOUSES School of Paris Oil Painting
By Isis Kischka
Located in Bal Harbour, FL
"School of Paris" Isis Kischka was born in Paris on the 26 October 1908 to a Polish Jewish family who had migrated from the Ukraine two years earlier. After completing studies in c...
Category

H 15.25 in. W 19 in. D 1 in.
A. Jeaumougin - Mid 20th Century Oil, French Landscape
Located in Corsham, GB
An impressionistic French landscape depicting a river flowing through hills. Signed to the lower-left edge. On canvas.
Category

H 13.47 in. W 18 in.
20th Century French Oil Painting River Landscape
Located in New York, NY
A wonderful French River landscape done similar to the style of Bernard Buffet. The colors are vivid and the fast brush work is done with control. There is cafe in the distance insid...
Category

H 35 in. W 45.5 in. D 1 in.
20th century Abstract French beach seaside landscape
Located in Southport, CT
Raphael Parisse is a French painter working and living in Paris, France. I first found his work whilst visiting Paris and thought the skilled way the painting is constructed and th...
Category

H 20 in. W 23 in.
20th century Abstract French mountain river landscape
Located in Southport, CT
Raphael Parisse is a French painter working and living in Paris, France. I first found his work whilst visiting Paris and thought the skilled way the painting is constructed and th...
Category

H 26 in. W 30 in. D 2 in.
Essai 18 Ml. Modern French. Mid-20th Century. Original Landscape Oil Painting.
By Serge Labégorre
Located in Sutton Poyntz, Dorset
This original oil painting by Serge Labégorre, dating from the 1970s, is presented and supplied in a sympathetic contemporary frame (which is shown in these photographs). The frame...
Category

H 13.59 in. W 20.48 in.
Provence France Landscape - Early 20th Century Impressionist Oil - Muriel Archer
By Muriel Archer
Located in GB
Born on June 25 1911 - she died just before her 100th birthday, fond of drawing and painting from an early age, she did her first drawing when she was four years old. She later studi...
Category

H 24.41 in. W 30.32 in. D 3.15 in.
Mid 20th Century Oil - French Cottages
Located in Corsham, GB
A rural French landscape with thatched cottages on scrub land, with hills in the distance. The artist has initialed indistinctly in the lower left corner. On canvas.
Category

H 10 in. W 13 in. D 0.1 in.
C. Blanc - Early 20th Century Oil, A French Village
Located in Corsham, GB
A view of a historic French village through which a figure can be seen walking. Presented in a distressed gilt-effect wooden frame. There is a plate inscribed with the artist's name ...
Category

H 18 in. W 15 in. D 0.1 in.
Mary Thorold - Mid 20th Century Oil, French Rooftops
Located in Corsham, GB
A view across the rooftops of a French city. Presented in a distressed gilt-effect wooden frame. Signed to the lower-right edge. On canvas on stretchers.
Category

H 9 in. W 15 in. D 0.1 in.
Joan Blacker - 20th Century Oil, Rural France
Located in Corsham, GB
Well presented in a gilt effect frame. Handwritten label to the reverse gives the artist's address and title of the artwork. Signed. On canvas on stretchers.
Category

H 16.7 in. W 20.63 in.
20th Century French Oil Painting A Storm Over the Sea
Located in Cirencester, Gloucestershire
A Storm Over the Sea French School, mid-late 20th century unsigned oil painting on canvas textured paper (reverse side is smooth, the painted side looks and feels as canvas), unframe...
Category

H 9 in. W 15 in. D 0.1 in.
Paris - Mid 20th Century Landscape Oil of France River Pre War by Jacob Markiel
Located in GB
Jacques Markiel was born on July 20, 1911 in Lodz, Poland. As a young boy, his mother identified his artistic talent, and against his father’s will, she sent young Jacque to drawing ...
Category

H 9 in. W 15 in. D 0.1 in.
Seine River by Velica 20th Century French Oil Painting
Located in New York, NY
A wonderful Seine River landscape done similar to the style of Bernard Buffet. The colors are vivid and the fast brush work is done with control. There are charming buildings across ...
Category

H 16 in. W 13 in. D 0.1 in.
Boris Trofimenko - Signed & Framed Early 20th Century Oil, French Cafes
Located in Corsham, GB
A french street full of bustling cafes and sunshine is captured in this fine impressionist painting. The artwork is well presented in a molded and gilded wood frame and signed in th...
Category

H 17.33 in. W 21.26 in.
20th Century French Oil Painting A Breezy Day over the Coast
Located in Cirencester, Gloucestershire
A Breezy Day Over the Coast French School, mid-late 20th century unsigned oil painting on canvas textured paper (reverse side is smooth, the painted side looks and feels as canvas), ...
Category

On 1stDibs, there are several options of french 20th century landscapes available for sale. There are many Impressionist, Post-Impressionist and Abstract versions of these works for sale. These items have been produced for many years, with earlier versions available from the 20th Century and newer variations made as recently as the 21st Century. You can search the french 20th century landscapes that we have for sale on 1stDibs by color — popular works were created in bold and neutral palettes with elements of gray, brown, beige and blue. There have been many well-done artworks of this subject over the years, but those made by Camille Meriot, Henri Duhem, Fernand Audet, Claude Benard and Louis Bellon are often thought to be among the most beautiful. The range of these distinct pieces — often created in paint, oil paint and fabric — can elevate any room of your home. Not every interior allows for large iterations of these items, so small french 20th century landscapes measuring 3.75 inches across are available.

How Much are French 20th Century Landscapes?

Finding the Right Landscape Paintings for You

It could be argued that cave walls were the canvases for the world’s first landscape paintings, which depict and elevate natural scenery through art, but there is a richer history to consider.

The Netherlands was home to landscapes as a major theme in painting as early as the 1500s, and ink-on-silk paintings in China featured mountains and large bodies of water as far back as the third century. Greeks created vast wall paintings that depicted landscapes and grandiose garden scenes, while in the late 15th century and early 16th century, landscapes were increasingly the subject of watercolor works by the likes of Leonardo da Vinci and Fra Bartolomeo.

The popularity of religious paintings eventually declined altogether, and by the early 19th century, painters of classical landscapes took to painting out-of-doors (plein-air painting). Paintings of natural scenery were increasingly realistic but romanticized too. Into the 20th century, landscapes remained a major theme for many artists, and while the term “landscape painting” may call to mind images of lush, grassy fields and open seascapes, the genre is characterized by more variety, colors and diverse styles than you may think. Painters working in the photorealist style of landscape painting, for example, seek to create works so lifelike that you may confuse their paint for camera pixels. But if you’re shopping for art to outfit an important room, the work needs to be something with a bit of gravitas (and the right frame is important, too).

Adding a landscape painting to your home can introduce peace and serenity within the confines of your own space. (Some may think of it as an aspirational window of sorts rather than a canvas.) Abstract landscape paintings by the likes of Korean painter Seungyoon Choi or Georgia-based artist Katherine Sandoz, on the other hand, bring pops of color and movement into a room. These landscapes refuse to serve as a background. Elsewhere, Adam Straus’s technology-inspired paintings highlight how our extreme involvement with our devices has removed us from the glory of the world around us. Influenced by modern life and steeped in social commentary, Straus’s landscape paintings make us see our surroundings anew.

Whether you’re seeking works by the world’s most notable names or those authored by underground legends, find a vast collection of landscape paintings on 1stDibs.

The 35 Most Expensive Paintings Ever Sold

Curious about the most expensive paintings in the world? Discover the stories behind these masterpieces as well as the staggering prices they fetched.

When Art Galleries Join Together, Everybody Wins

Art associations are known for their glitzy fairs, but these organizations do a ton of work behind the scenes to help gallerists and collectors. Here, the heads of five major art associations give us the rundown of what they do.