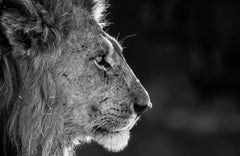 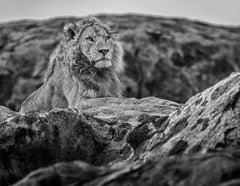 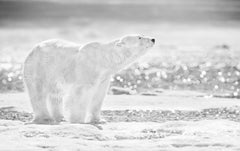 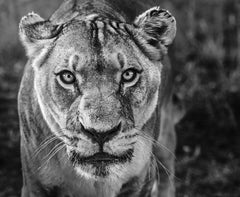 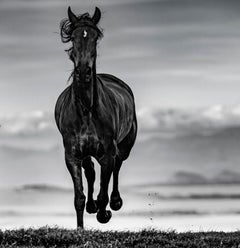 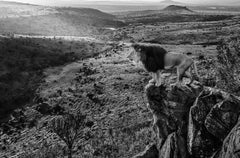 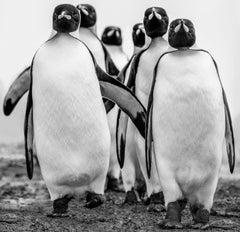 H 52 in. W 71 in.
Black Beauty
By David Yarrow
Located in Greenwich, CT
Large 73 x 71 in, Edition of 9/12 Borana in Kenya offers some of the most raw and dramatic scenery in East Africa - rolling plains are interspersed with forests, steep hills and cra...
Category

David Yarrow
The Colour of Money, 2015

David Yarrow
The Colour of Money, 2015

H 52 in. W 75 in.
Traffic
By David Yarrow
Located in Greenwich, CT
"David Yarrow has built an unrivalled reputation for capturing the beauty of the planet’s remote landscapes, cultures and endangered animals. Born in Glasgow, Scotland in 1966, he is...
Category

H 52 in. W 74 in.
We Are Family
By David Yarrow
Located in Greenwich, CT
"David Yarrow has built an unrivalled reputation for capturing the beauty of the planet’s remote landscapes, cultures and endangered animals. Born in Glasgow, Scotland in 1966, he is...
Category

H 52 in. W 76 in.
The Pirate
By David Yarrow
Located in Greenwich, CT
"David Yarrow has built an unrivalled reputation for capturing the beauty of the planet’s remote landscapes, cultures and endangered animals. Born in Glasgow, Scotland in 1966, he is...
Category

H 71 in. W 96 in.
The Thinker
By David Yarrow
Located in Greenwich, CT
"Bunyenyeri is the second silverback in the Umubano group in Volcanoes National Park, Rwanda and the biggest of the three. I knew that I had the opportunity to take a portrait of him...
Category

H 66 in. W 52 in.
The Kings Road
By David Yarrow
Located in Greenwich, CT
"If someone else had taken this immersive photograph and asked me which country it had been captured in, Rwanda would be my immediate response. There are mountain gorillas in Uganda ...
Category

H 52 in. W 55 in.
Chinese Takeaway
By David Yarrow
Located in Greenwich, CT
As I put the finishing touches to my new book (Rizzoli, September 2019), I felt drawn towards Scotland and specifically Glencoe and Glen Etive - as they are home to some of the most ...
Category

There is a broad range of david yarrow prints for sale on 1stDibs. Browse a selection of Contemporary or Photorealist versions of these works for sale today — there are 1017 Contemporary and 15 Photorealist examples available. Adding a colorful pieces of art to a room that is mostly decorated in warm neutral tones can yield a welcome change — see the david yarrow prints on 1stDibs that include elements of gray, black, blue, beige and more. Frequently made by artists working in pigment print, archival pigment print and digital pigment print, all of these available pieces are unique and have attracted attention over the years. If space is limited, there are small david yarrow prints measuring 37.01 across, while our inventory also includes pieces up to 118 inches across to better suit those in the market for large iterations.

How Much are David Yarrow Prints?