For Venezuelan artist Carlos Cruz-Diez (1923–2019), color was a dazzling, transient effect, which he attempted to capture on canvas and in light installations. The striking compositions he produced over his seven-decade career made him one of Latin America’s greatest postwar artists and a leading figure in the Op art movement.


“I don’t make paintings, nor sculptures. I make platforms for occurrences,” Cruz-Diez once said. “They are platforms where color is being produced, dissolved, generated in a perpetual instant. In it, there’s no notion of past nor future. In it is the notion of the present moment, just like life.”


Building on the chromatic explorations of Sir Isaac Newton, George Seurat and Josef Albers, he created striking paintings comprising lines of contrasting hues that appear to shimmer. He called these works physichromies.


Later in his career, Cruz-Diez shifted his explorations from paint to light. His “chromosaturations” are immersive environments consisting of three chambers, each flooded with a different-color light, which disoriented visitors and altered their perception. He also translated his chromatic illusions to public spaces, like the floor he created at the Simón Bolívar International Airport, near Caracas, and a pedestrian crossing outside the Broad Museum, in Los Angeles.


Cruz-Diez was a successful graphic designer as well, working for artist-clients like Roy Lichtenstein and Robert Rauschenberg. Across all these mediums, his work had the same boldness and immersive quality, engaging the viewer’s eyes, body and mind. 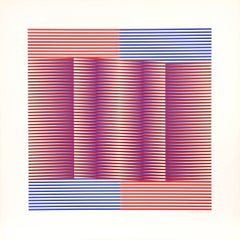 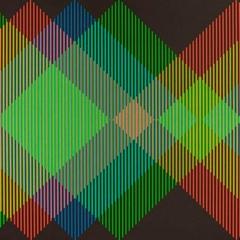 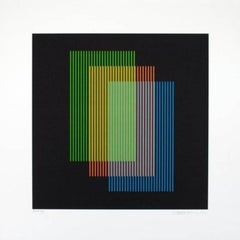 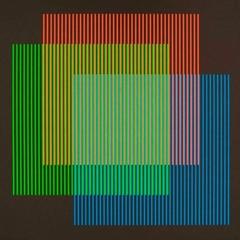 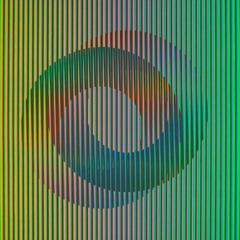 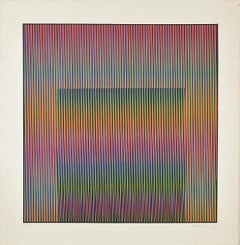 H 38.75 in. W 27.5 in.
Caura-14
By Carlos Cruz-Diez
Located in Santa Fe, NM
Carlos Cruz-Diez is a Venezuelan kinetic and op artist. He lives in Paris. He has spent his professional career working and teaching between both Paris and Caracas. His work is repre...
Category