Free Shipping
14.20 Carat Diamond Tennis Bracelet
Located in Beverly Hills, CA
14 karat yellow gold diamond tennis bracelet. The bracelet has great movement and fits comfortably on your wrist. There are 7 rows of round brilliant white diamonds with an estimated...
Category

Free Shipping
L 7 in.
GIA Certified Oval Diamond 20.07 Carats Tennis Bracelet
Located in New York, NY
Oval Diamond tennis bracelet with 20.07 carats. Each diamond is GIA certified carefully picked to match in this beautiful one of a kind piece. 39 diamonds with an average weight of 0...
Category

Free Shipping
L 7 in.
Asscher Cut 13.20 Carat Diamond Platinum Tennis Bracelet
Located in Miami, FL
This exquisite Diamond Bracelet was inspired in a line Bracelet design and crafted in Platinum. With 40 Asscher Cut DIamonds running from end to end this bracelet has a combined ...
Category

Free Shipping
8.50 Carat Diamond Tennis Bracelet
Located in New York, NY
This is an elegant 14k white gold tennis bracelet. The bracelet is set with sparkling round cut diamonds that weigh approximately 8.50ct. The color of these diamonds is G with VS1-SI...
Category

Free Shipping
5.30 Carat Round Diamonds Gold Tennis Bracelet
Located in Los Angeles, CA
This bracelet is composed of 14KT yellow gold with round diamonds. In excellent condition. Please feel free to ask any questions you may have, we are happy to assist. Specs: 14 KT...
Category

Free Shipping
L 7.25 in.
Art Deco 7.20 Carat Diamond Tennis Bracelet, circa 1920s
Located in London, GB
There are 48 old cut diamonds in total making up this beautiful tennis bracelet, each weighing 0.15 carat. This brings the total to 7.20 carat and they all match in quality. Estimate...
Category

Free Shipping
L 6.7 in.
EGL Certified 20.66 Carat Total VS Princess Cut Diamond Tennis Bracelet
Located in Chicago, IL
A bracelet fit for a princess, or your queen! Luxuriously fashioned of high-quality 18 Karat white gold, this spectacular Tennis bracelet is elegant enough to be worn at any Hollywoo...
Category

W 0.19 in.
Platinum and Diamond Tennis Bracelet
Located in Palm Desert, CA
Set in Platinum are 156 round brilliant cut diamonds with a total diamond weight of 5.23 carats. Color is H, Clarity is SI-2. Platinum weight is 22.30 grams. 7"
Category

Find the exact 20 carat tennis bracelet you’re shopping for in the variety available on 1stDibs. Frequently made of Gold, 14k Gold and White Gold, this item was constructed with great care. Find an antique version now, or shop for 257 vintage or 87 modern creation for a more contemporary example of these cherished accessories. Finding the perfect 20 carat tennis bracelet may mean sifting through those created during different time periods — you can find an early version that dates to the 20th Century and a newer variation that were made as recently as the 21st Century. For this particular piece, 1.5 Carat and 2 Carat are consistently popular carat weights. Creating a 20 carat tennis bracelet has been a part of the legacy of many jewelers, but those produced by Van Cleef & Arpels, Luigi Ferrara and LB Exclusive are consistently popular. While most can agree that any 20 carat tennis bracelet from our collection can easily elevate most outfits, but the choice of a Diamond version from the 299 available is guaranteed to add a special touch to your ensemble. A round cut version of this piece has appeal, but there are also oval cut and emerald cut versions for sale. If you’re browsing our inventory for a 20 carat tennis bracelet, you’ll find that many are available today for women, but there are still pieces to choose from for unisex and men.

How Much is a 20 Carat Tennis Bracelet?

Prices for a 20 carat tennis bracelet can differ depending upon size, time period and other attributes — at 1stDibs, these accessories begin at $300 and can go as high as $800,000, while this accessory, on average, fetches $7,680. 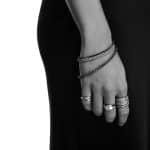 As elegant as they are versatile, these jewels have become chic staples.