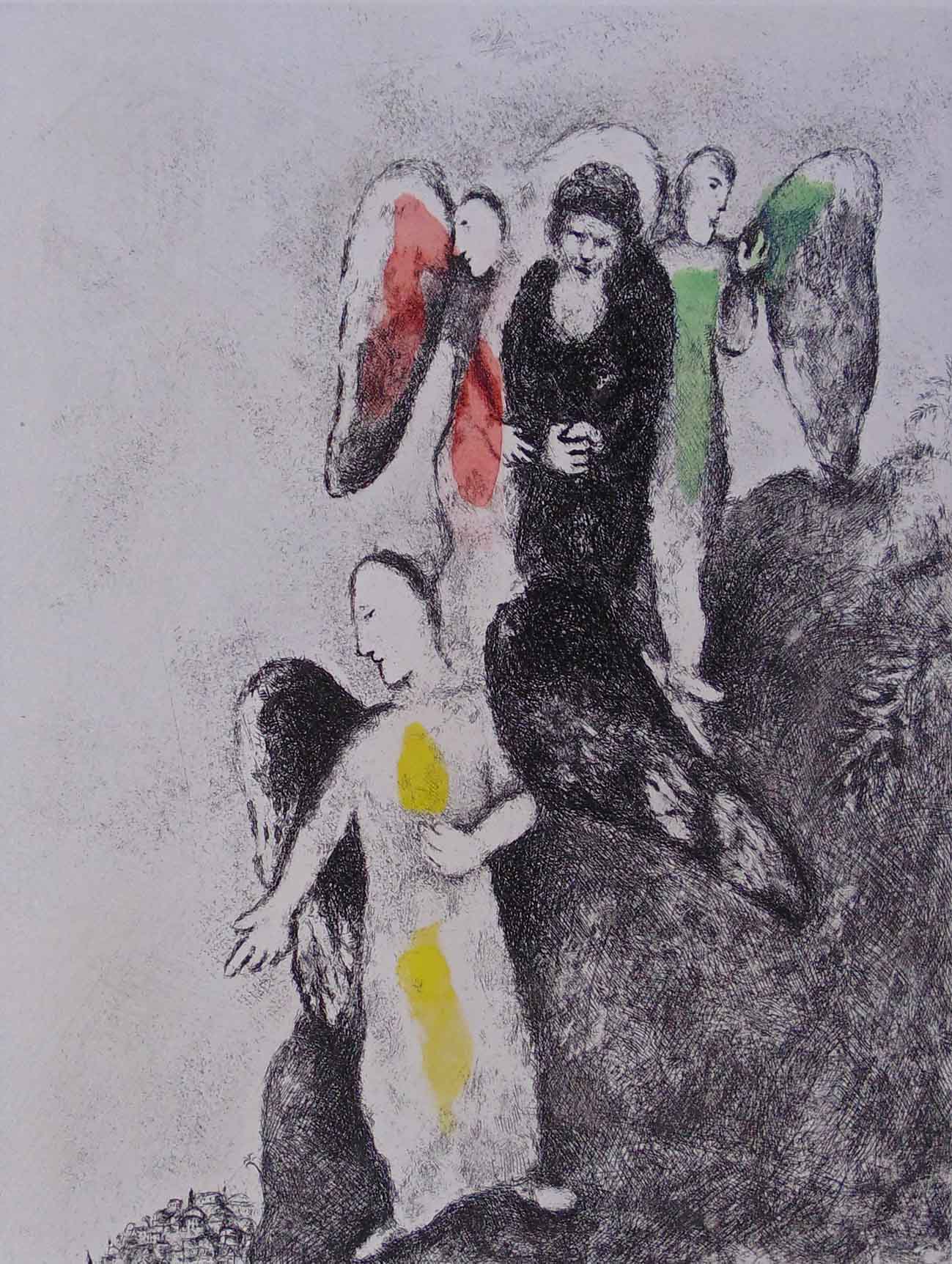 Marc Chagall - The Lion and the Gnat 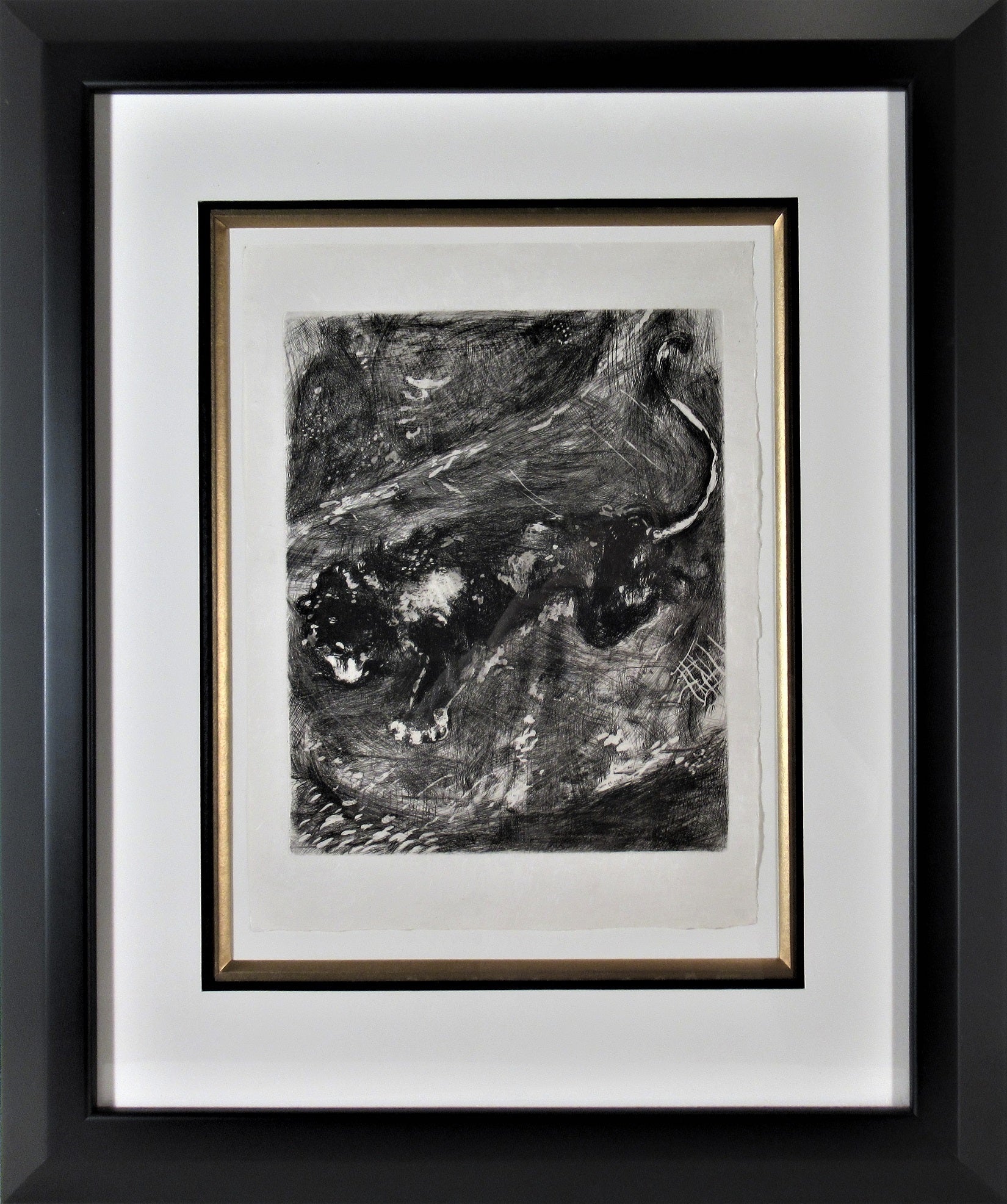 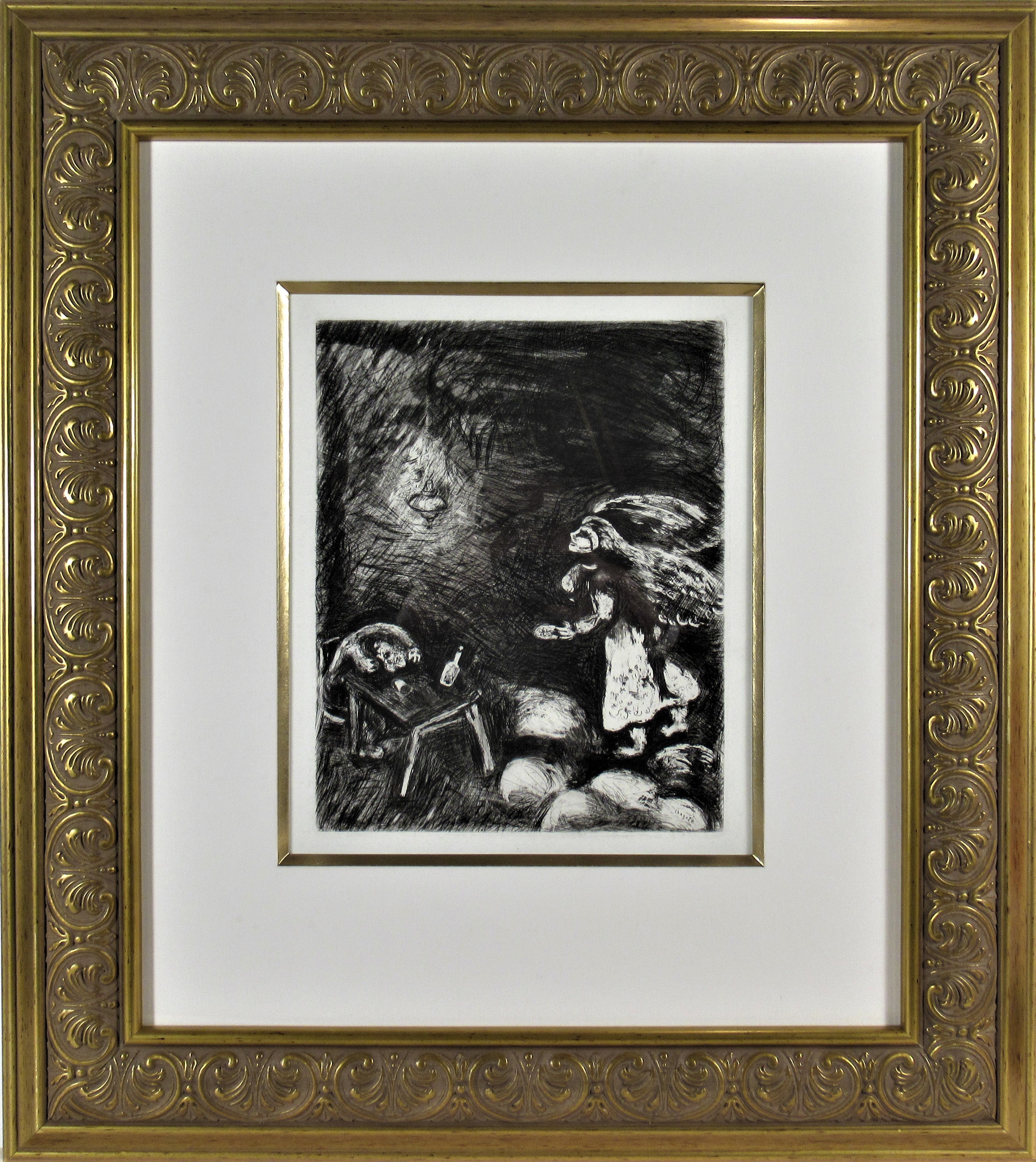 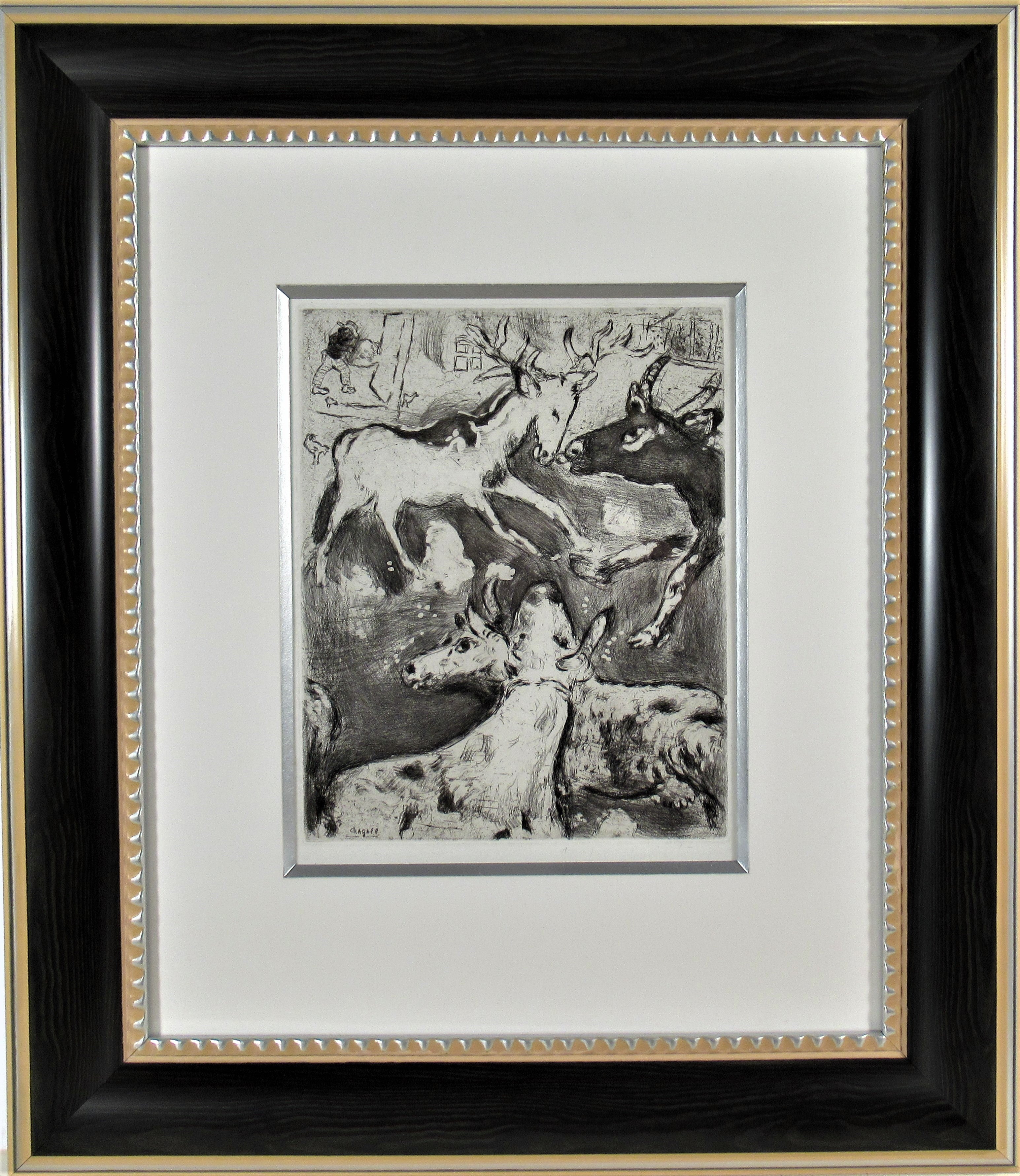 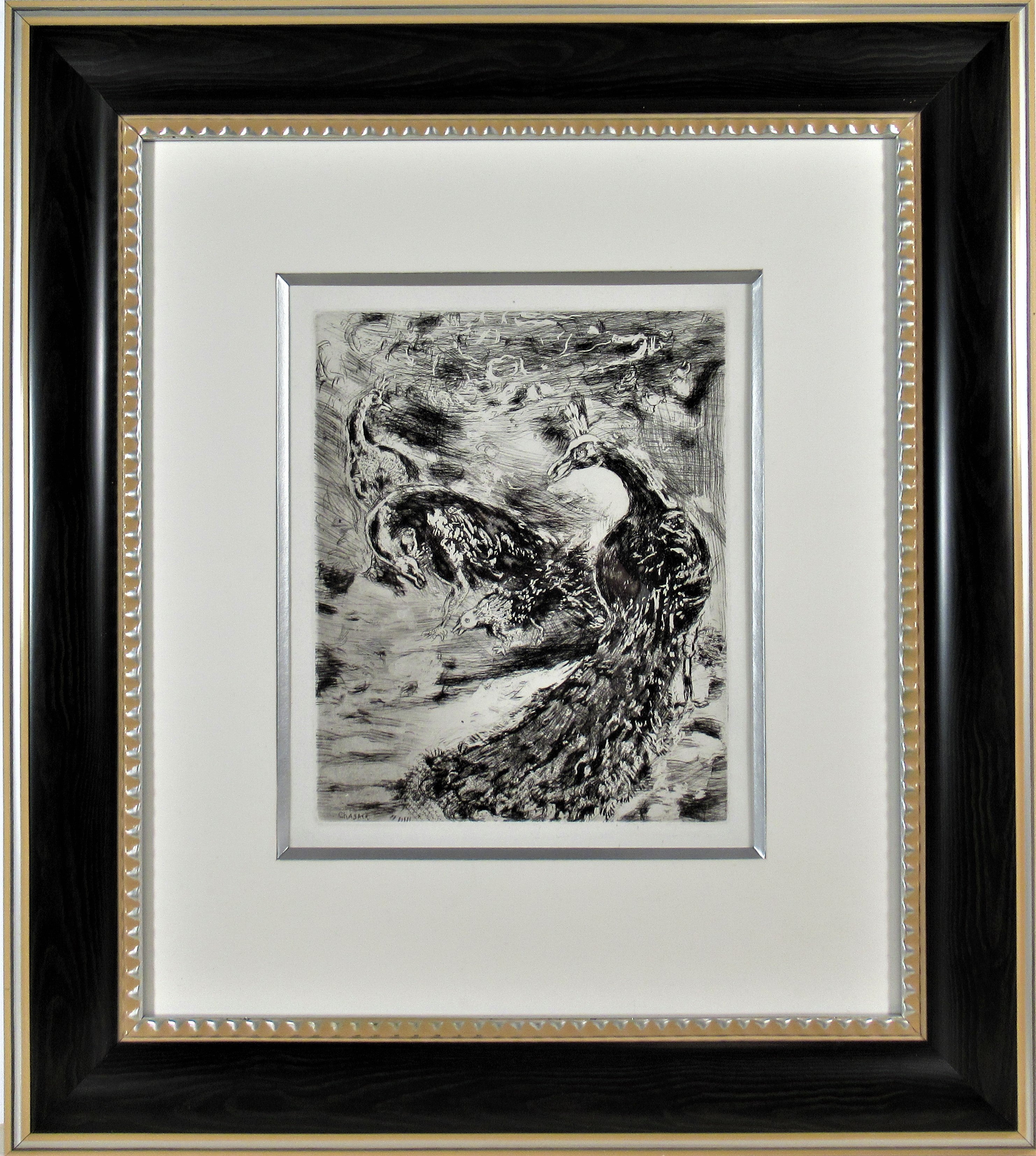 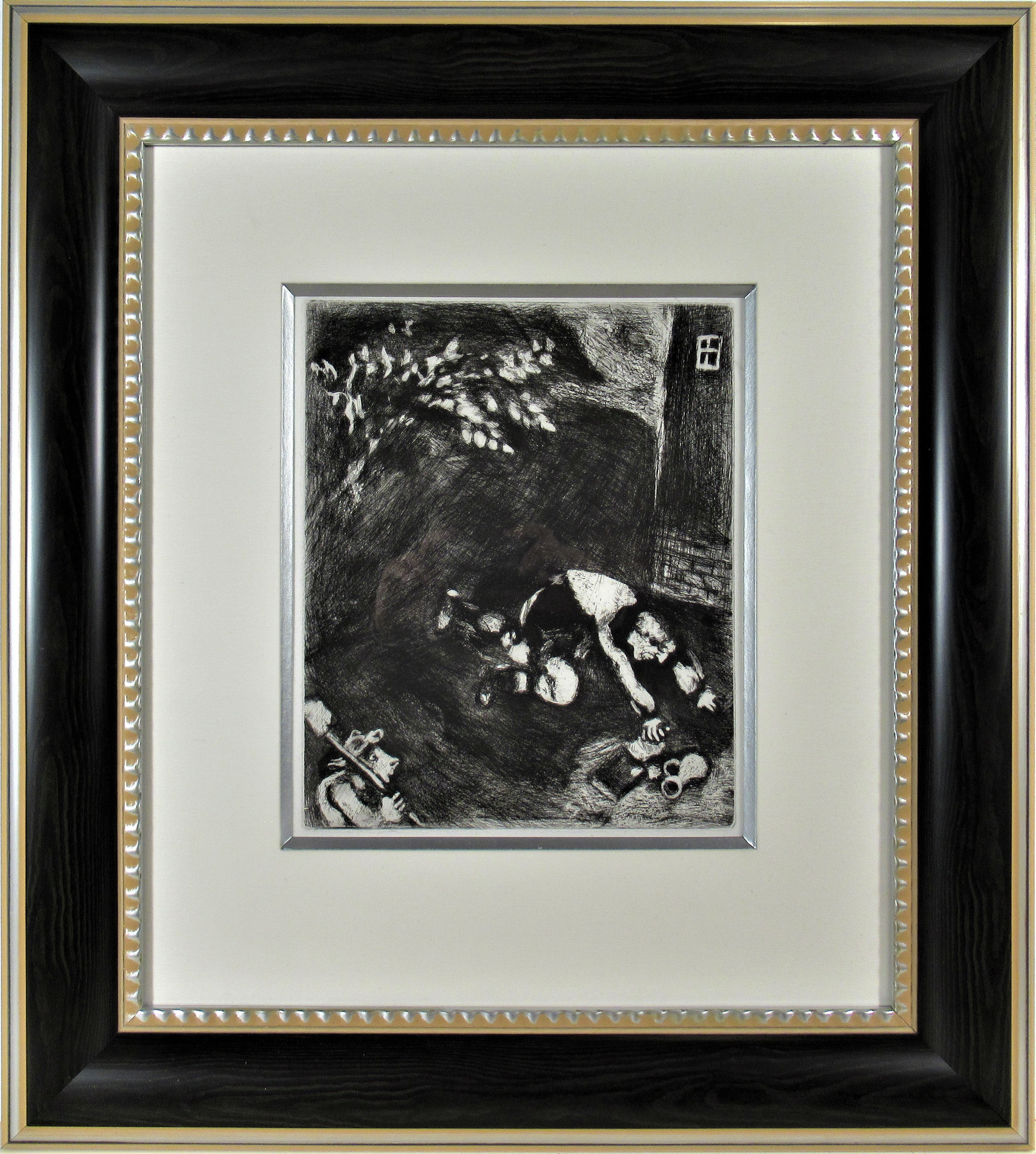 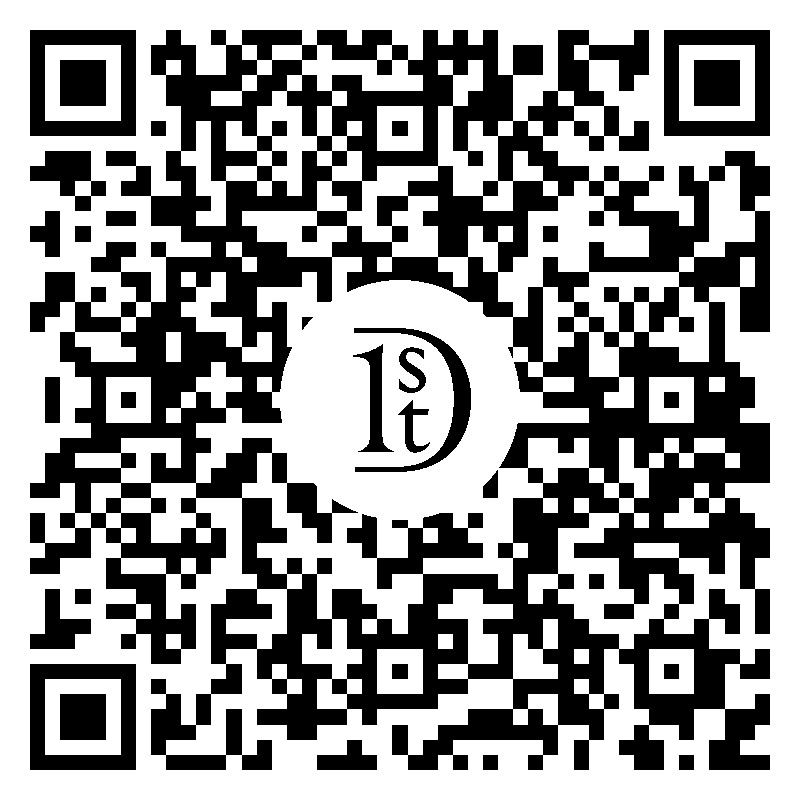 Artist Chagall, Marc (Russian/French) 1887-1985 Medium Drypoint Etching on Arches paper with MBM watermark at lower right Date 1927 Size Plate: 8 3/8 x 10 7/8 inches Sheet: 11 x 14 3/4 inches Notes: This etching is from the 1927 series of prints created for Vollard's planned illustrated publication of Gogol's poem "Dead Souls". Vollard died in a car crash before the project was completed and the original prints were stored until Teriade finally published the book in 1948 as two volumes, unstitched with the original etchings on inset sheets . This is one of the original 1927 prints. Signature: Signed in the plate (none of the original etchings in this series were hand signed) Frame: antique gold leaf frame 14 x 18 inches Condition: excellent. The plate impression is strong. Full margins with deckled edges.

Described by art critic Robert Hughes as "the quintessential Jewish artist of the twentieth century," the Russian-French modernist Marc Chagall worked in nearly every artistic medium. Influenced by Symbolism, Fauvism, Cubism and Surrealism, he developed his own, distinctive style, combining avant-garde techniques and motifs with elements drawn from Eastern European Jewish folk art.


Born Moishe Segal in 1887, in Belarus (then part of the Russian empire), Chagall is often celebrated for his figurative paintings, but he also produced stained-glass windows for the cathedrals of Reims and Metz, in France; for the United Nations, in New York; and for the Hadassah Hospital in Jerusalem, as well as book illustrations, stage sets, ceramics, tapestries and fine-art prints. Characterized by a bold color palette and whimsical imagery, his works are often narrative, depicting small-village scenes and quotidian moments of peasant life, as in his late painting The Flight into Egypt, from 1980.


Before World War I, Chagall traveled between St. Petersburg, Paris and Berlin. When the conflict broke out, he returned to Soviet-occupied Belarus, where he founded the Vitebsk Arts College before leaving again for Paris in 1922. He fled to the United States during World War II but in 1947 returned to France, where he spent the rest of his life. His peripatetic career left its mark on his style, which was distinctly international, incorporating elements from each of the cultures he experienced. Marc Chagall remains one of the past century’s most respected talents.

About the Seller
4.8 / 5
Located in Southampton, NY
Gold Seller
These expertly vetted sellers are highly rated and consistently exceed customer expectations.
Established in 1977
1stDibs seller since 2013
248 sales on 1stDibs
Typical response time: <1 hour
More From This Seller
View All From Seller

Marc Chagall
The Descent Toward Sodom, from: Bible - Judaica Religious, 1956

Marc Chagall
The Lion and the Gnat, 1927

Marc Chagall
Christ in the Clock, 1957