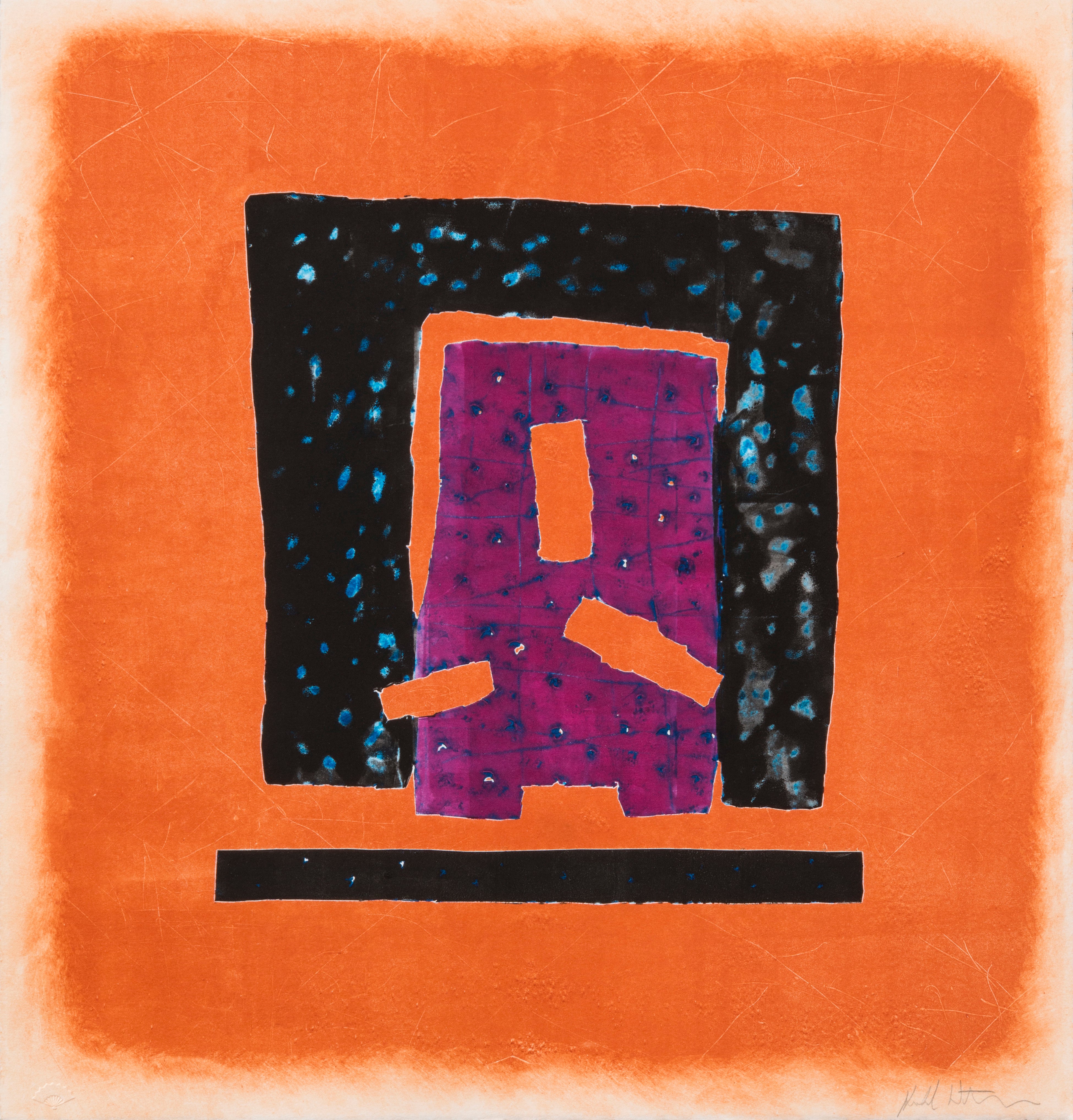 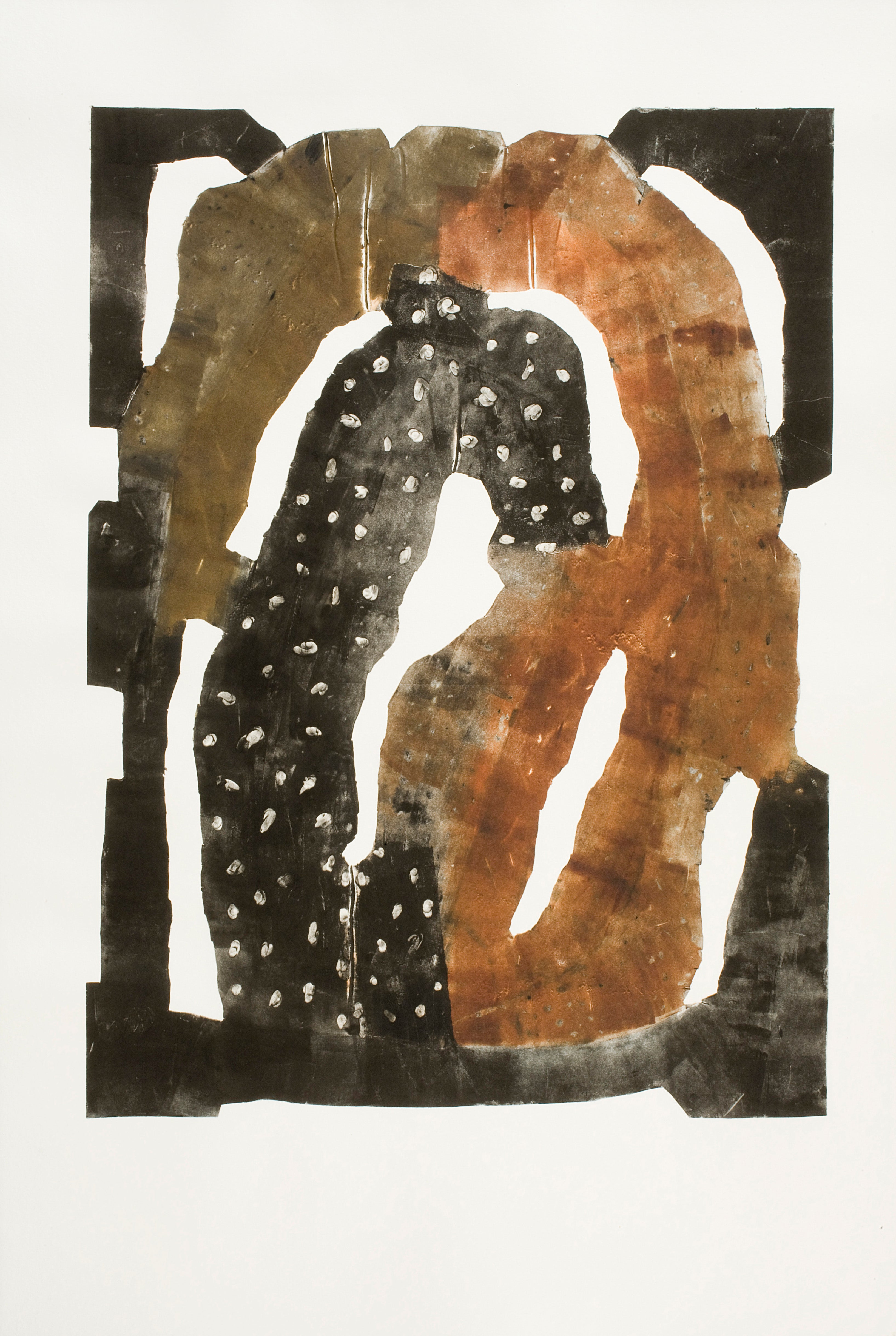 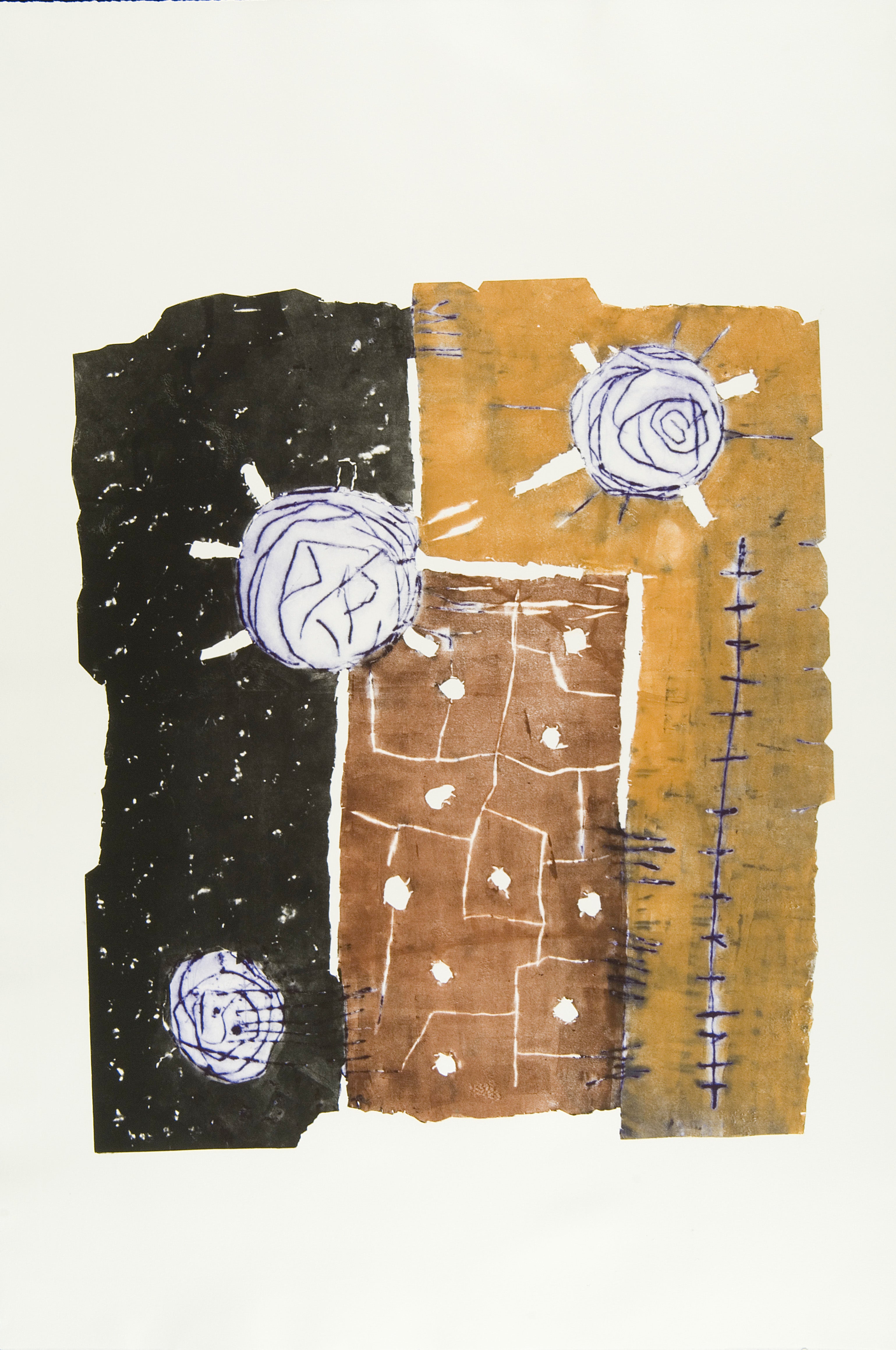 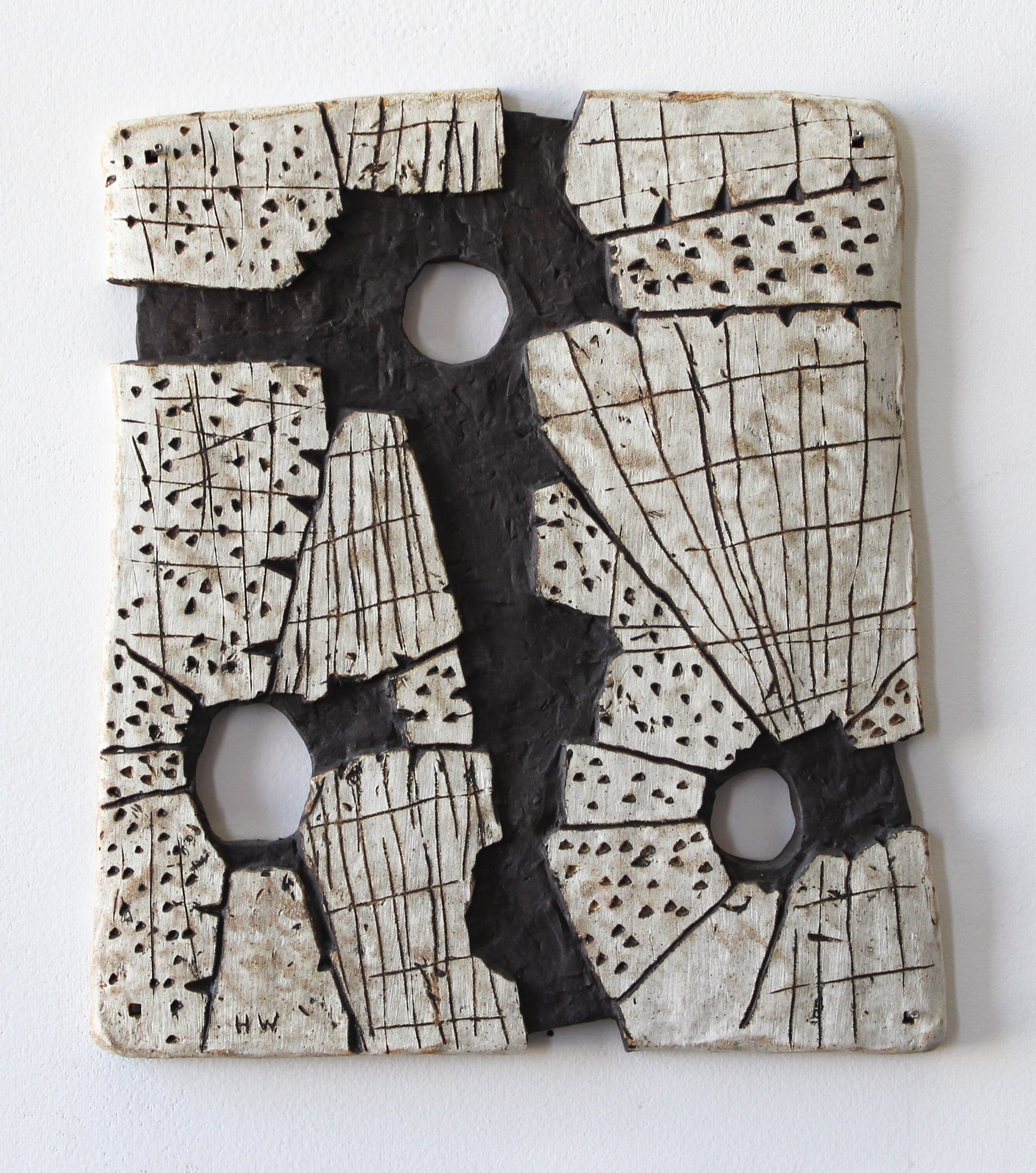 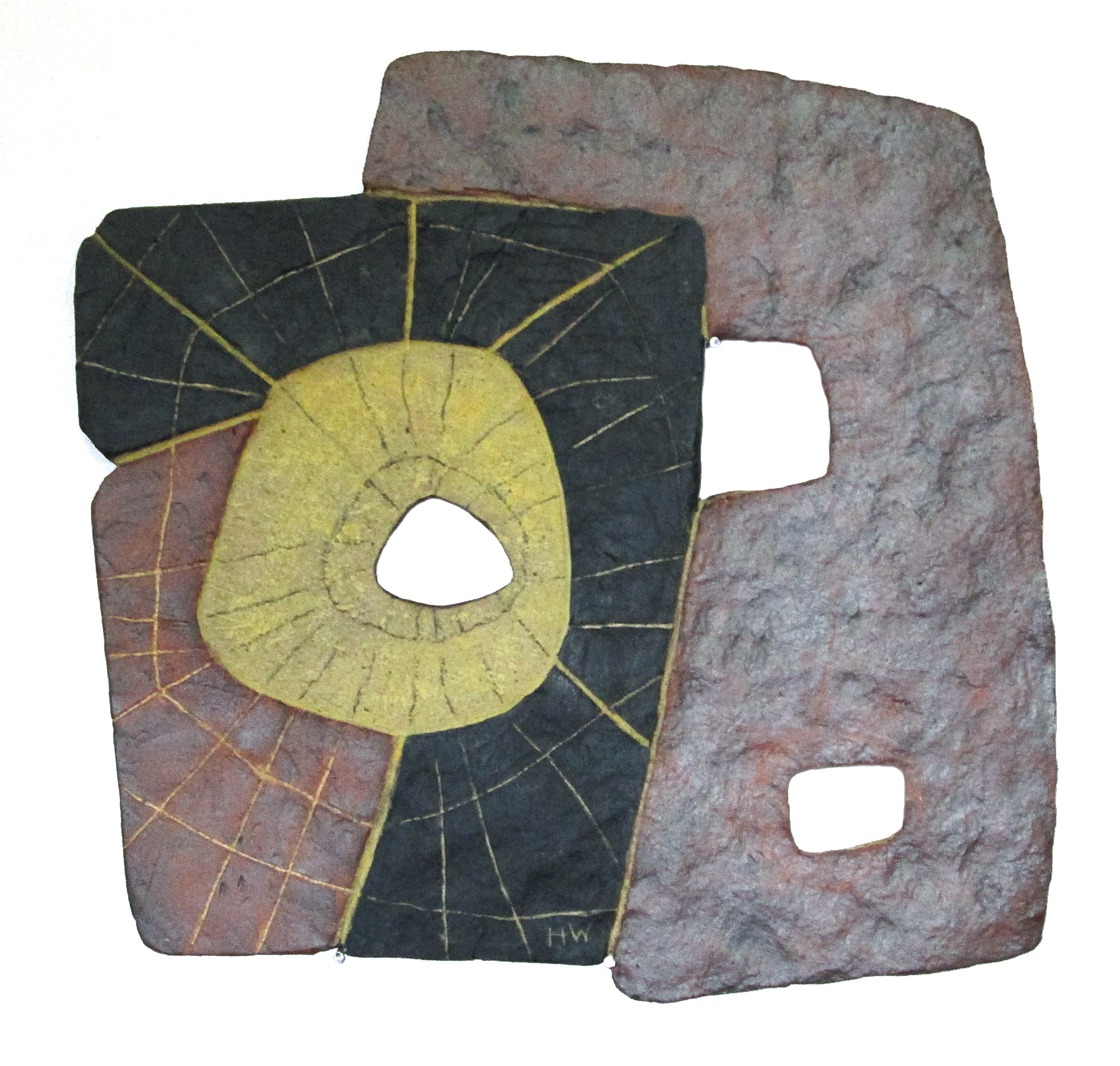 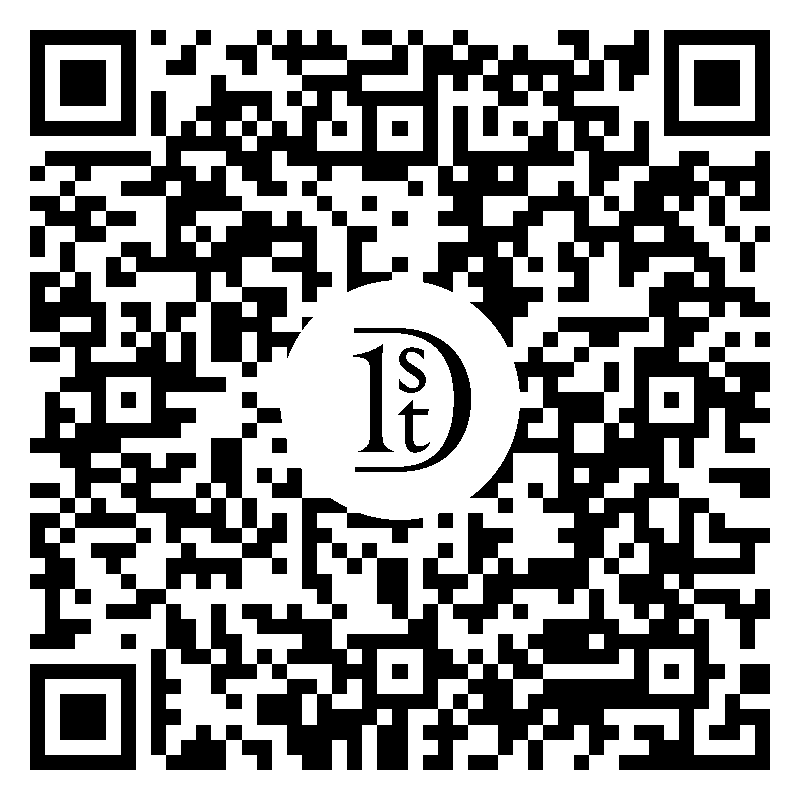 OWL ROCK is a hand-tooled aluminum intaglio print on Rives BFK 250g paper with deckle edge. It is currently unframed. Like Wortsman's own sculptures, the abstract components here mix the organic with roughly-hewn geometric forms. Note the dialogue between the colors umber, green and white, with the 3 perforations tying it all in – it is characteristic of Wortsman's practice. Warm, contemporary, uniquely crafted, yet speaks to ancient, tribal traditions of art-making that cross cultures and histories. Highly attuned to the indigenous art of Africa, the Middle East, India and Asia, his forms are organic and geometric abstracts with masculine and feminine attributes that resonate together as a pleasing enigma. They make sense immediately, yet never give up all their secrets. OWL ROCK was exhibited at Tabla Rasa Gallery, Brooklyn, New York in 2013. And at Made In Brooklyn, Hanson Gallery, Honesdale, Pennsylvania, 2015. From Harold Wortsman – "I was introduced to printmaking in the 1990s by legendary printmaker, the late Sheila Marbain. Printer to the masters of Pop Art, like Oldenberg, Lichtenstein and Warhol, she tired of conventional silkscreen and developed her own silkscreen monotype technique. Several years of work with Marbain led to etching and hand-tooled aluminum intaglio with the great printer Sheila Goloborotko. I currently work with master printer Kathy Caraccio. While working together on a difficult project, Caraccio exclaimed: “This is not a print; it’s a painting.” Printmaking is now an integral part of the work I do." From Jonathan Goodman, Art Critic – "There are certain kinds of art that endure beyond the novel effect, demonstrating an awareness of time-honored methods and even historically potent imagistic biases, and Wortsman's work belongs to this ongoing vision." – Fronterra D, October 2016. Harold Wortsman is a sculptor and printmaker based in Brooklyn, NY. He “creates forms that bring to mind archaic cult objects and exude a quiet concentrated strength.” (Argauer Zeitung, Switzerland). His work, an edgy mix of freedom and clarity, can be found in public and private collections in the US, including The Library of Congress, Yale University, The New York Public Library Print Collection, The New York Historical Society, Smith College, Indiana University’s Lilly Library, Brandeis University, The Newark Public Library Special Collections Division, and the Jane Voorhees Zimmerli Art Museum Print Archive. Also in private and public collections in Europe, including the Municipal Collection of the City of Brugg, Switzerland. Harold studied at the New York Studio School of Drawing, Painting and Sculpture, with sculptor George Spaventa and painter George McNeil. At Brandeis University, Boston MA, Harold received his BA Fine Arts, Honors in Sculpture Phi Beta Kappa, Magnum Cum Laude, studying with sculptor Peter Grippe and William Seitz, the late curator at MoMA, NY.