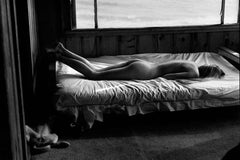 Patrick Demarchelier - A Feast for the Eyes, VOGUE 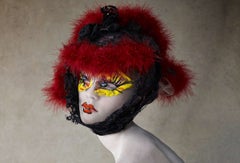 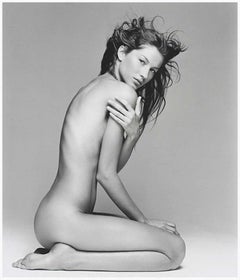 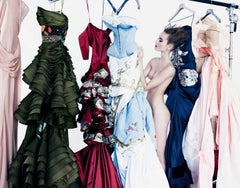 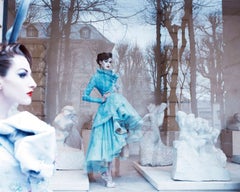 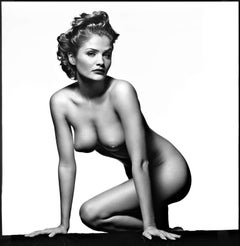 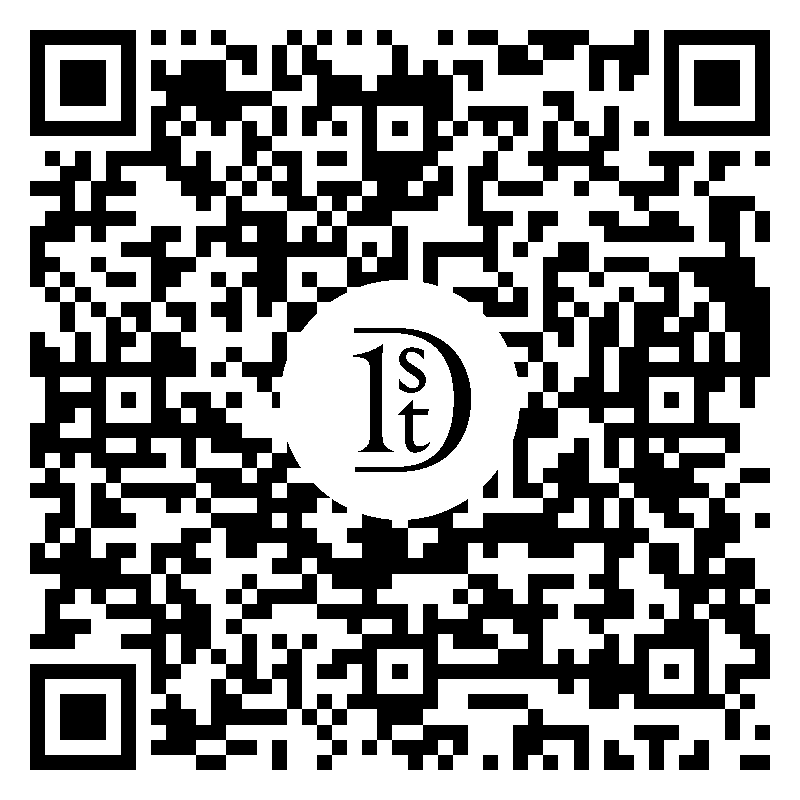 Gelatin Silver Print. All editions signed by the photographer.

Patrick Demarchelier is one of the most influential fashion photographers of his generation, contributing images regularly to Vogue and Harper’s Bazaar, including many covers. Born in France in 1943, he received an Eastman Kodak camera from his stepfather for his 17nth birthday and, without any formal training, taught himself to develop film and make photographic prints.


In the 1960s, after working for a photography lab printing newspaper photos, Demarchelier began assisting professional photographers in the fashion world, including Hans Feurer, who shot for Vogue magazine. In 1975, having developed a reputation in France, he followed his girlfriend to New York, where he freelanced as a fashion photographer, assisting the likes of Jacque Guilbert and Henri Cartier-Bresson. Soon, his own work was appearing in Marie Claire, Elle and 20 Ans, among other publications.


In 1989, Diana, Princess of Wales, who had seen and admired his work for Vogue, asked Demarchelier to be her personal photographer, making him the first ever non-British official photographer to the royal family. In 1992, Liz Tilberis, newly named editor in chief of Harper’s Bazaar, brought him to the magazine for what became a 12-year partnership, which he kicked off with a stunning cover photo of model Linda Evangelista.


Demarchelier has been responsible for shooting numerous high-profile print campaigns for scores of designers, including Calvin Klein, Ralph Lauren, Chanel, Yves Saint Laurent, Louis Vuitton, and Dior. His work has also graced the covers of Life and Rolling Stone, but it is the world’s top fashion magazines that have provided his primary stage. His images for these periodicals reflect his understanding that fashion masterworks are best appreciated in a wider aesthetic context, be it a starkly beautiful natural landscape, a sublime work of art or architecture, or a well-designed bar or restaurant. Shooting in such settings requires that the photographer focus on the model in just the right way. Demarchelier’s uncanny ability to capture arresting images in venues both understated and complex has kept him at the top of his profession for decades. A fantastical 2010 picture of two models in brightly hued Dior gowns taking defiant poses, hands on hips, in front of a manicured boxwood maze brings the excess and frivolity of 18th-century rococo into the present day. Demarchelier’s 1998 photo of a young Cuban boy with his fists in boxing gloves demonstrates a similar synthesis of setting and pose: although the gym is rather ordinary, the boy’s posture and intense gaze give the picture a gravitas, even glamour.


Having spent his life behind the camera, Demarchelier moved in front of the lens in the 2009 documentary The September Issue, which memorably chronicled his collaboration with Vogue creative director Grace Coddington on the magazine’s biggest and most important issue of the year. Recently, his contributions to the fields of photography and fashion have been honored in his native France. In 2007, Demarchelier was named an Officer in the Order of Arts and Letters by the French minister of culture. In 2011, he coauthored the book Dior Couture with then–Interview magazine editor Ingrid Sischy.

5 / 5
Our team of world-class specialists approve every seller on 1stdibs.
This designation is for sellers whose items consistently exemplify the best of 1stdibs.
This seller is a vetted member of professional associations.
1stdibs seller since 2010
Typical response time: 18 hours
Located in New York, NY

Price Upon Request
A Feast for the Eyes, VOGUE
By Patrick Demarchelier
Located in New York, NY
Category

Patrick Demarchelier
A Feast for the Eyes, VOGUE, 2010

Price Upon Request
View All from Seller

Price Upon Request
You Should Have Seen What I’ve Seen
By Henri Venne
Located in Montreal, Quebec
Category

Henri Venne
You Should Have Seen What I’ve Seen, 2012

$2,600
The Affair
By Dina Goldstein
Located in Montreal, Quebec
Category