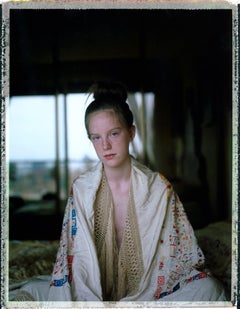 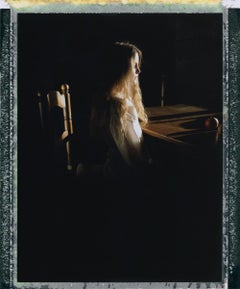 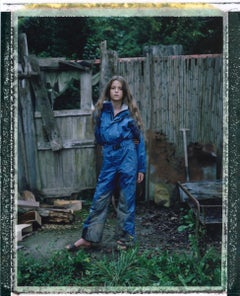 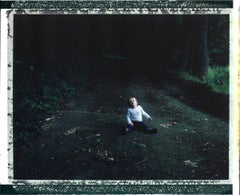 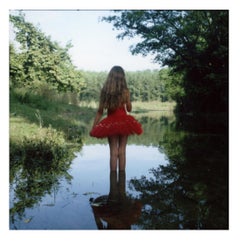 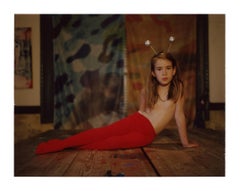 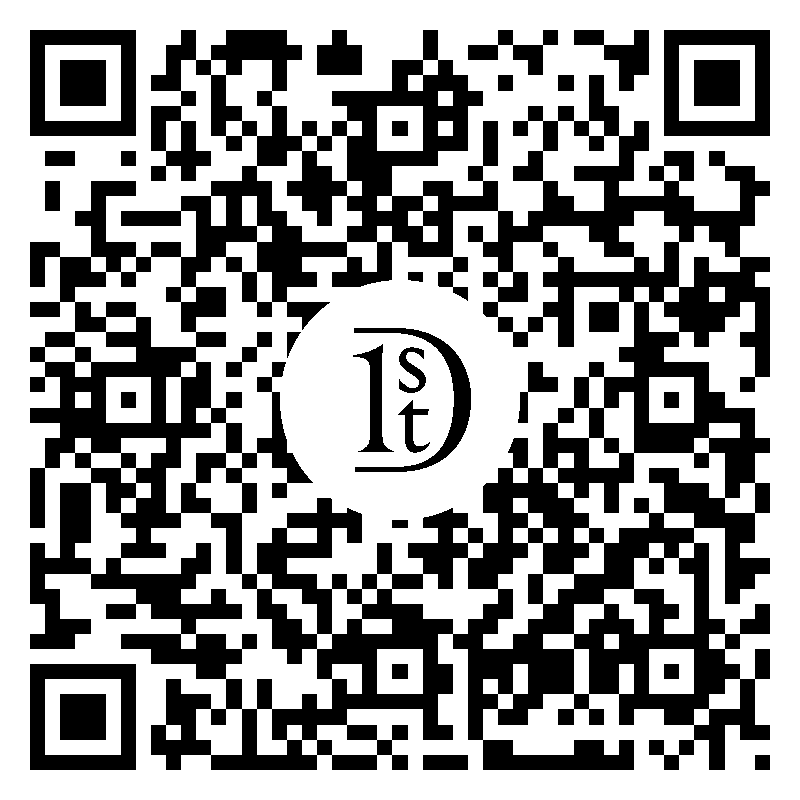 Gaby at ten (2014), Edition 1/10. 40 x 40 cm. Printed in Canson Barita Fiber Rag 310gr, based on a Fuji Instant Film (not mounted). Signed on back with Certificate. Once / Cristina Fontsare About myself I was born and raised in Barcelona where I studied Fine Arts and Landscape Architecture. I completed my studies in London and Paris.I am interested in the narrative sense of photography, that frozen moment that allows an ambiguous narrative. That intermediate moment which gives place to the spectator to create his own story, to compose his own mental images, recreating a separate sphere constructed in between a shared reality and an imaginary world. About the work The pictures depart from the everyday reality with intentionally elements that transport us to afairy tale world. I have being working patiently on that series since 2014. The pictures are about my every day life, my relationship with my surroundings, with my daughter and her friends, their games,the imaginary world through which they travel that becomes invisible to the adult gaze.I've been photographing the same girls for years. The passage of time becomes visible in their looks, in the metamorphosis they have to face in their journey towards adulthood. It is a long term project in which I will follow the evolution of the characters.By opting in this series for the Polaroid technique, which in our analogue childhood was associated with the instant recording of the ordinary, with the diary provided by the family album, I try to pose a paradox, to record what is not visible, the sensory universe of childhood. I try to capture what occurs when the boundary between reality and fiction in a child’s perceptive felt is blurred, between the staging of her dreams and their unlikely fulfillment. What makes Stefanie Schneider’s work so unique is that it’s immediately recognizable. Unmistakably ‘wabi-sabi’ in appearance and content. Dream like, colorful with depth and vision. From start to finish, a truly self made artist with a distinctively female perspective.

The House Of Orange (colour)
By David Yarrow
Located in Greenwich, CT
Category

Price Upon Request
The House Of Orange (colour)
By David Yarrow
Located in Greenwich, CT
Category

Price Upon Request
Portrait of a Madonna with Silky Gloves I
By Carlos Gamez de Francisco
Located in Greenwich, CT
Category

Carlos Gamez de Francisco
Portrait of a Madonna with Silky Gloves I, 2019