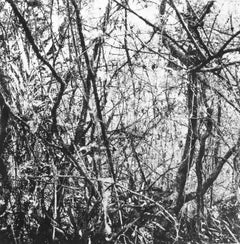 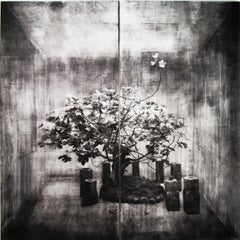 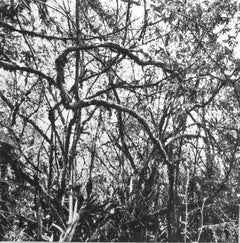 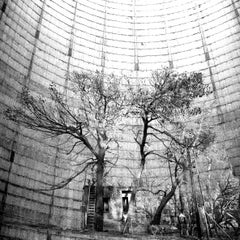 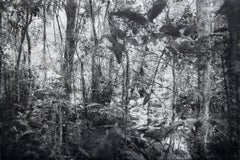 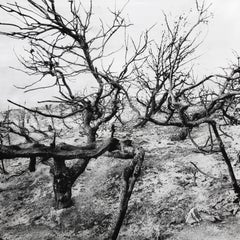 HomeArtPhotographyBlack and White Photography
1 of 2 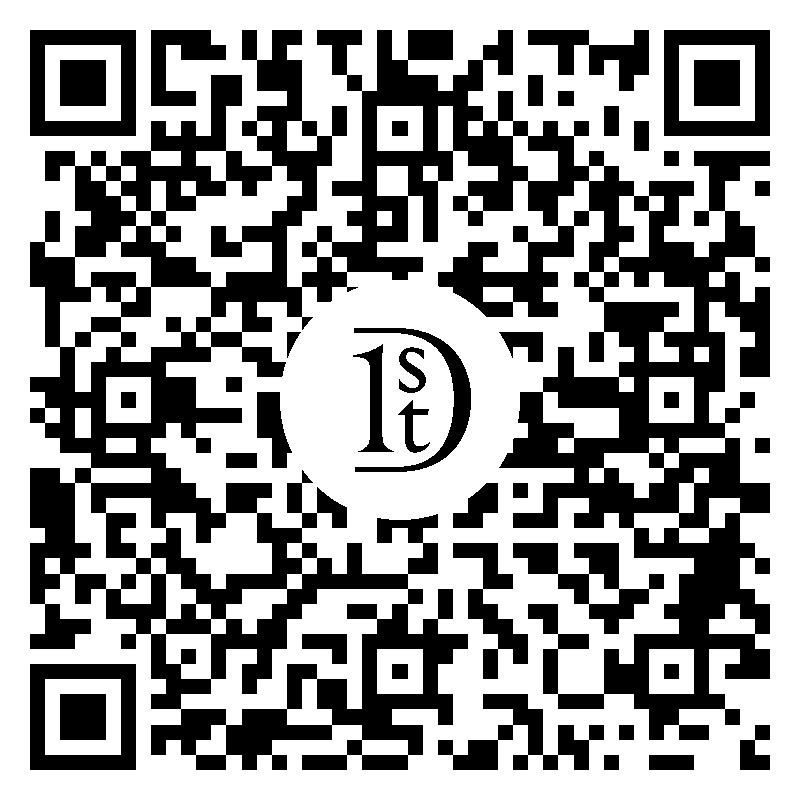 Tomás Ochoa’s “Cubo Cristal, (Triptych)” is a contemporary black and white piece made from oil and gunpowder and then fire to transfer the image onto a canvas, part of his series “Memento Mori”. The piece measures 78.5in. x 118.11in. and features an image of the landscape of the Sierra Nevada de Santa Marta in Colombia, which has remained untouched for over a century, embellished with photos of foliage from his own garden symbolizing hope and renewal. The idyllic nature of his images versus the fire that helps create them evokes the same paradox that arises in the discussion of the well-preserved landscape of the Sierra Nevada de Santa Marta, in relation to the violence of the paramilitary occupation that occurs in the region. Tomás Ochoa studied Visual Arts, Division of Postgraduate Studies at UNAM in Mexico City and Cinematograhic Direction at ECAM in Madrid, Spain. Ochoa’s work has been exhibited in Chile, Ecuador, France, Germany, Greece, Mexico, Perú, Switzerland, Spain, and the United States. Additionally, his work has been included in several international biennials including Colombia, Italy, Argentina, Ecuador, Japan, Singapore and Spain. In 2015, Ochoa’s work was featured in “Beyond the Tropics”, a Parallel exhibition to the Venice Biennale. In 2016, Ochoa was given the ArtNexus Acquisition Award for best Artwork in Bogotá, Colombia. Tomás Ochoa’s work is currently being featured at the Museum of Latin American Art in Long Beach, CA.

No Reviews Yet
Our team of world-class specialists approve every seller on 1stdibs.
1stdibs seller since 2019
Located in Santa Monica, CA

Audrey Hepburn and William Holden on Set of Sabrina, Hand on Arm, 1953
Category

Price Upon Request
In Silence
Category