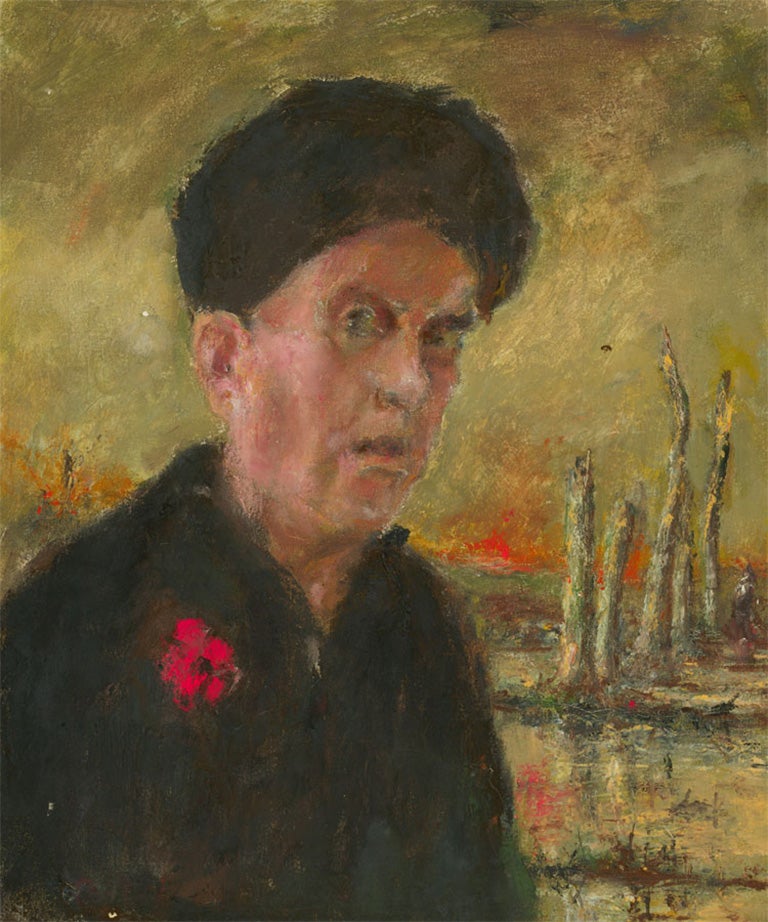 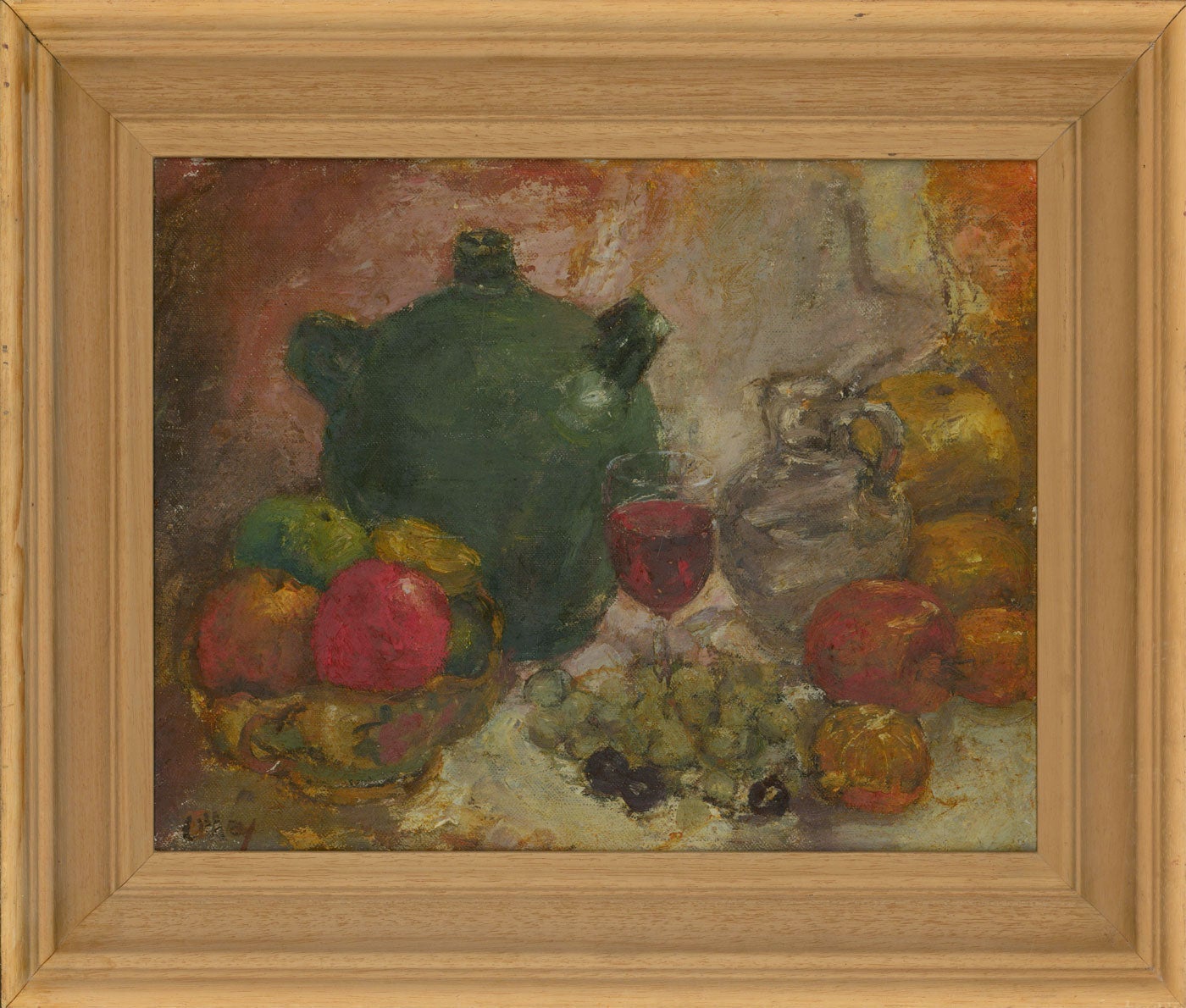 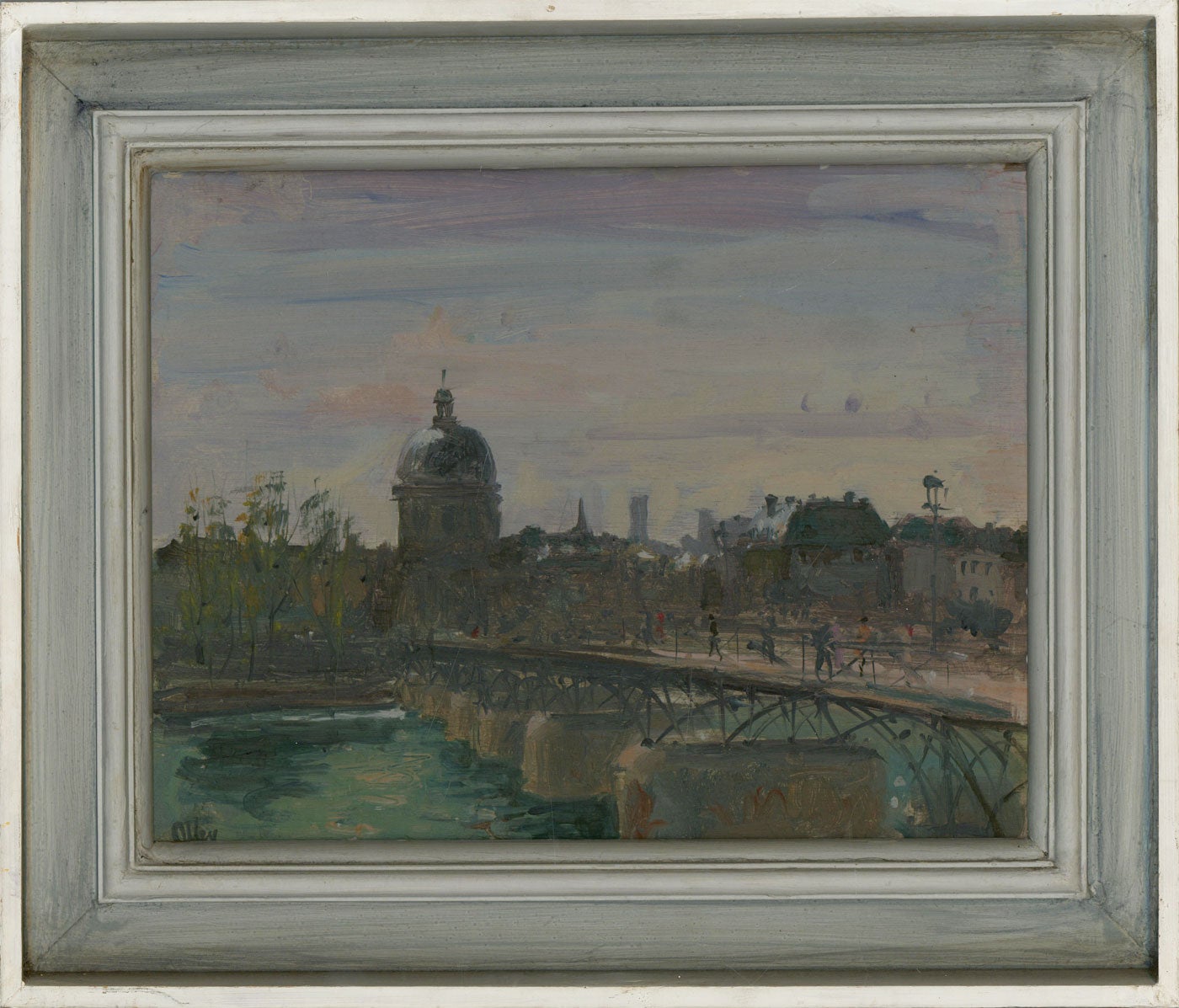 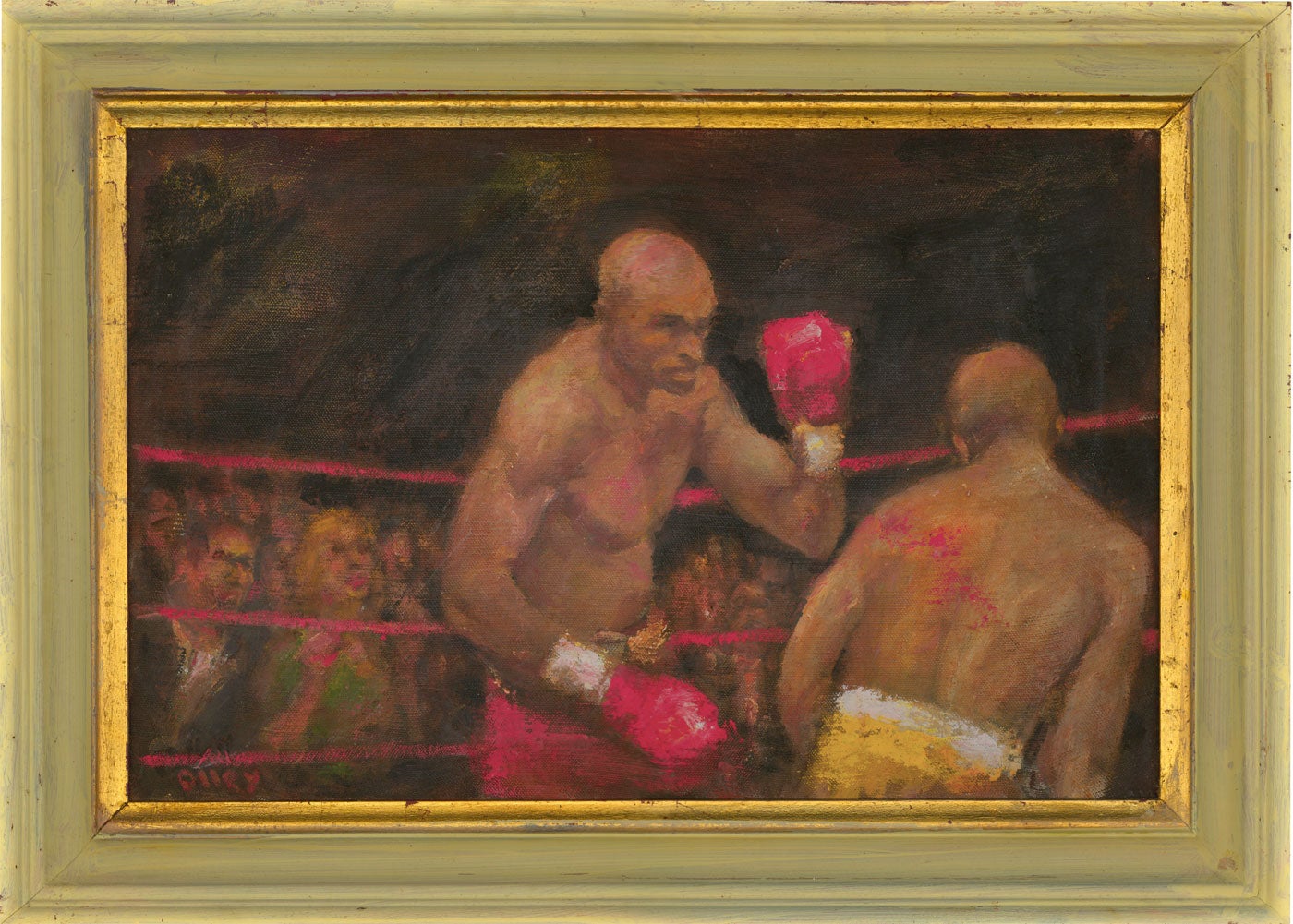 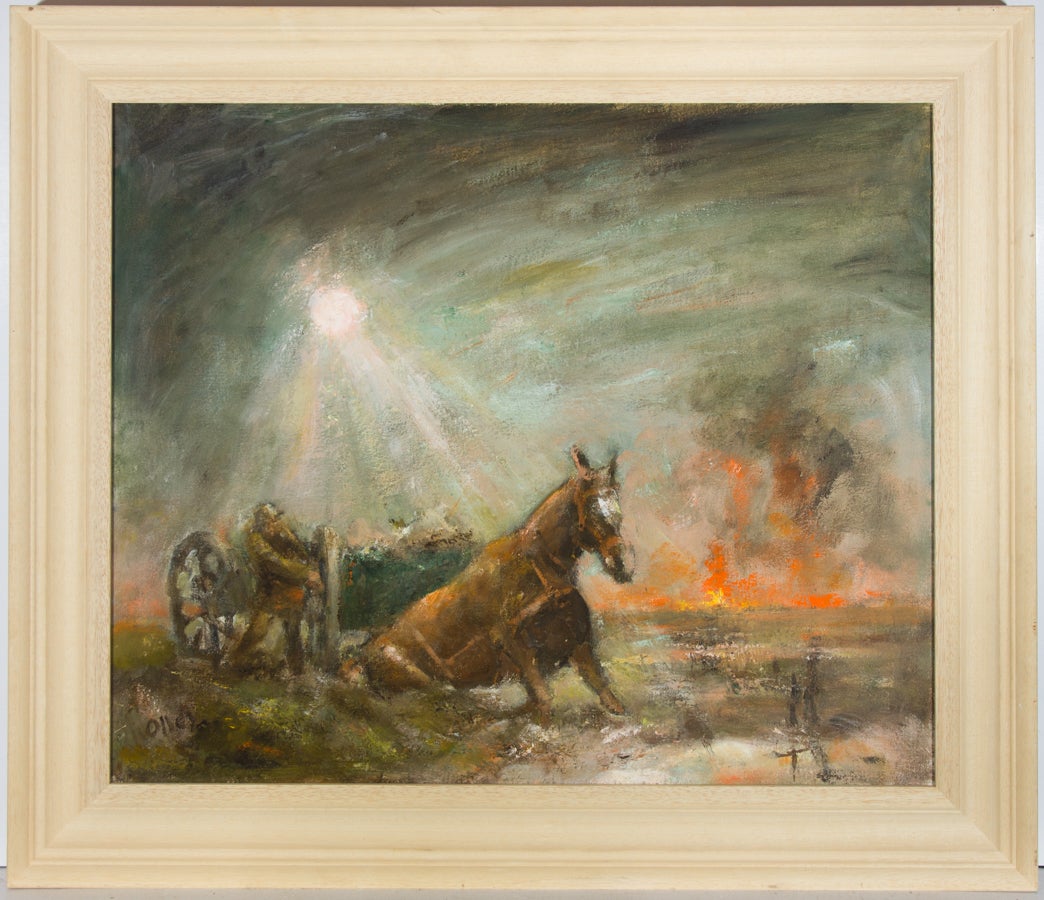 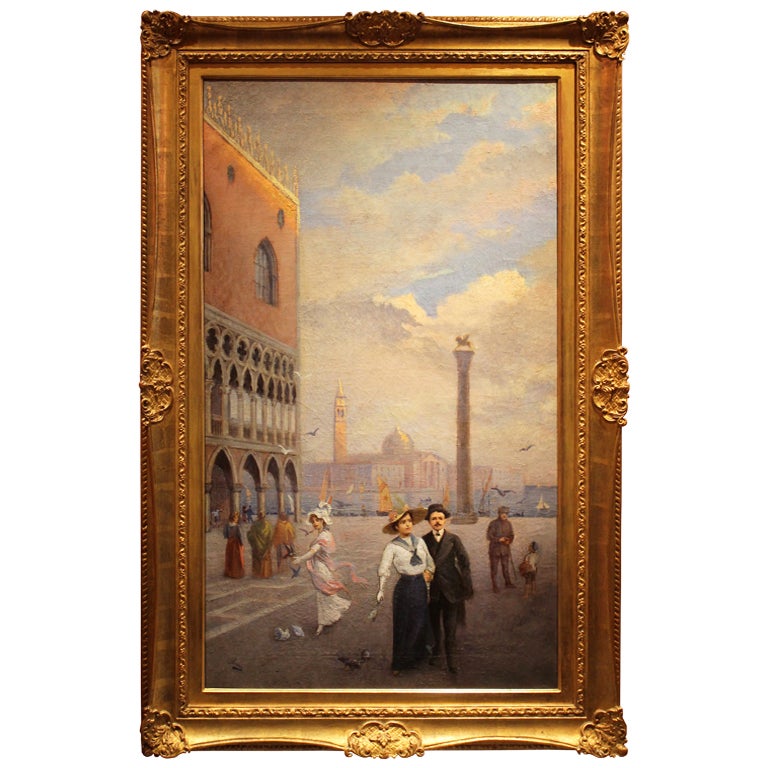 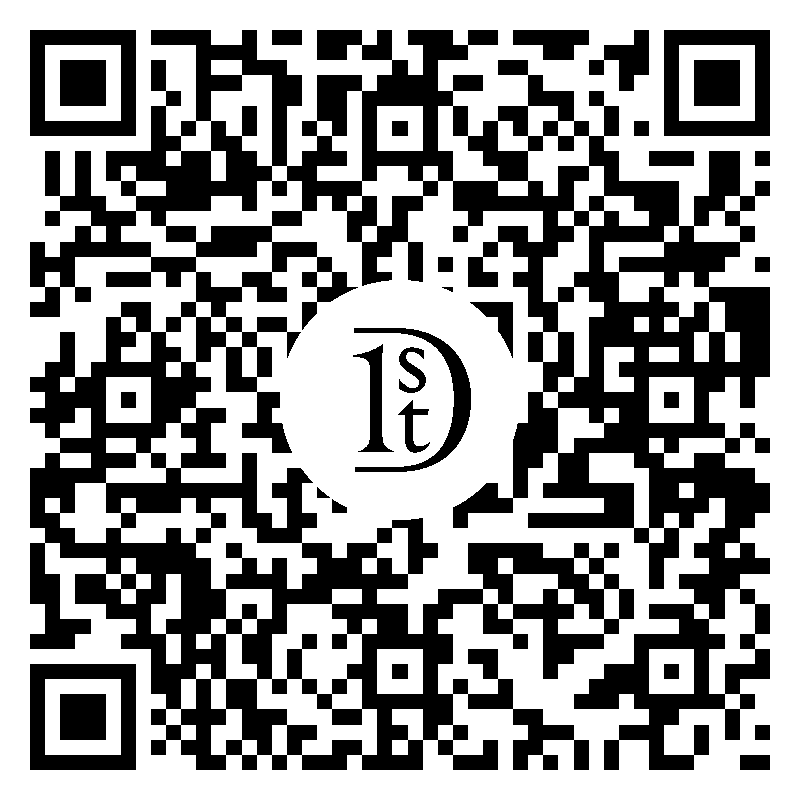 An extremely fine and engaging work by the British listed artist Ronald Olley (b.923), depicting a well-dressed elderly lady in a yellow hat, sipping coffee in an interior while pondering on a thought. The figure looks meaningfully to the distance on the left of the frame.

The artist manages to achieve an impressive sense of character in the subject, with elements of both realism and impressionistic detail. The square composition focuses the viewer, adding a distinct and purposeful immediacy. This is reflected in Olley's treatment of the background, and his fine command of the medium. An exceptional work from the artist's portfolio.

Well-presented in a painted wooden frame with gilt detail, with an overall distressed look. Signed to the lower left corner.

Signed. On board. Image Size: 55 x 65cm (21.7" x 25.6") Framed Size: 73.7 x 83.1cm (29" x 32.7") Artist Biography: Ronald Olley was born in 1923, and studied at both the Harrow Art School and the Central School, London. His father served as a soldier throughout the First World War, and Olley joined the army in 1942. He witnessed the bombing of Bath, England, before being stationed at El Alamein in Egypt, and Italy. As well as landscape and figure painting, Olley has had numerous commissions for portraits, mainly of women and children. As one of the last artists to paint World War II from personal experience, a significant part of his portfolio depicts battlegrounds and war-torn landscapes. These have been painted using significant research and photographs, alongside Olley's own knowledge of the front line. His work has been shown at the Royal Academy and the Royal Society of British Artists, as well as in exhibitions at the Medici Gallery and at Duncan Campbell. His pictures have been bought by collectors in Europe, the USA, Australia, Africa and Japan. 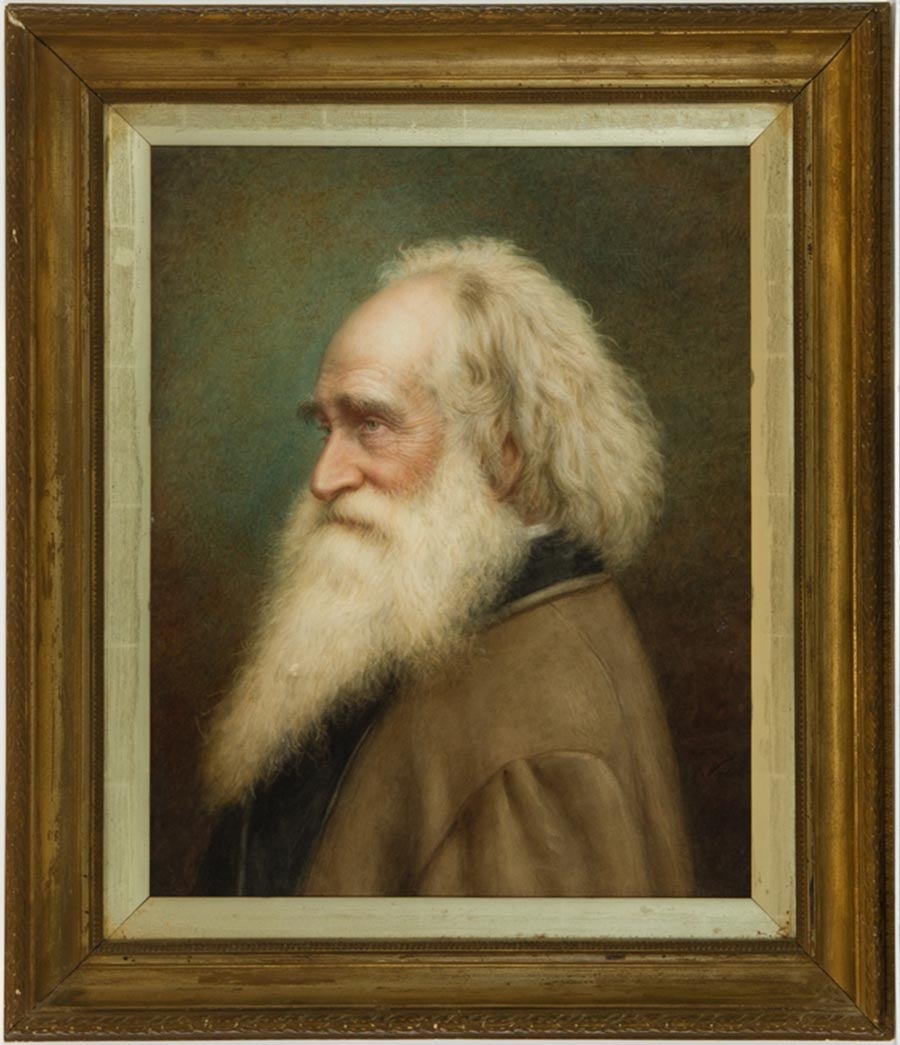 About the Seller
4.7 / 5
Located in Bradford on Avon, United Kingdom
Vetted Seller
These experienced sellers undergo a comprehensive evaluation by our team of in-house experts.
1stDibs seller since 2018
91 sales on 1stDibs
Typical response time: 4 hours
More From This Seller
View All From Seller

Venice Landscape Oil on Canvas Painting in Gilt Wood Frame, Italy, Belle Epoque
Located in Firenze, IT
This delightful turn of the century (early 20th century) oil on canvas painting represents an Italian landscape with one of the most famous squares in the world: Piazza San Marco in ...
Category

Jean Jansem
Portrait of a child with a soft toy, Jean Jansem, 1970's

$3,550
The Dancers, original French impressionist figurative landscape
Located in Spring Lake, NJ
Reminiscent of the days when all young ladies were sent to dancing school or finishing school to learn to be graceful, these sweet young girls are ushered through puberty under the g...
Category

$2,957 Sale Price
20% Off
Little girl praying oil on board painting
Located in Barcelona, Barcelona
Josep Rovira Soler (February 6, 1900 - 1998) was a Spanish painter notable above all for his skill with portraits. Her parents were Catalans who traveled to Cuba to help in her fami...
Category