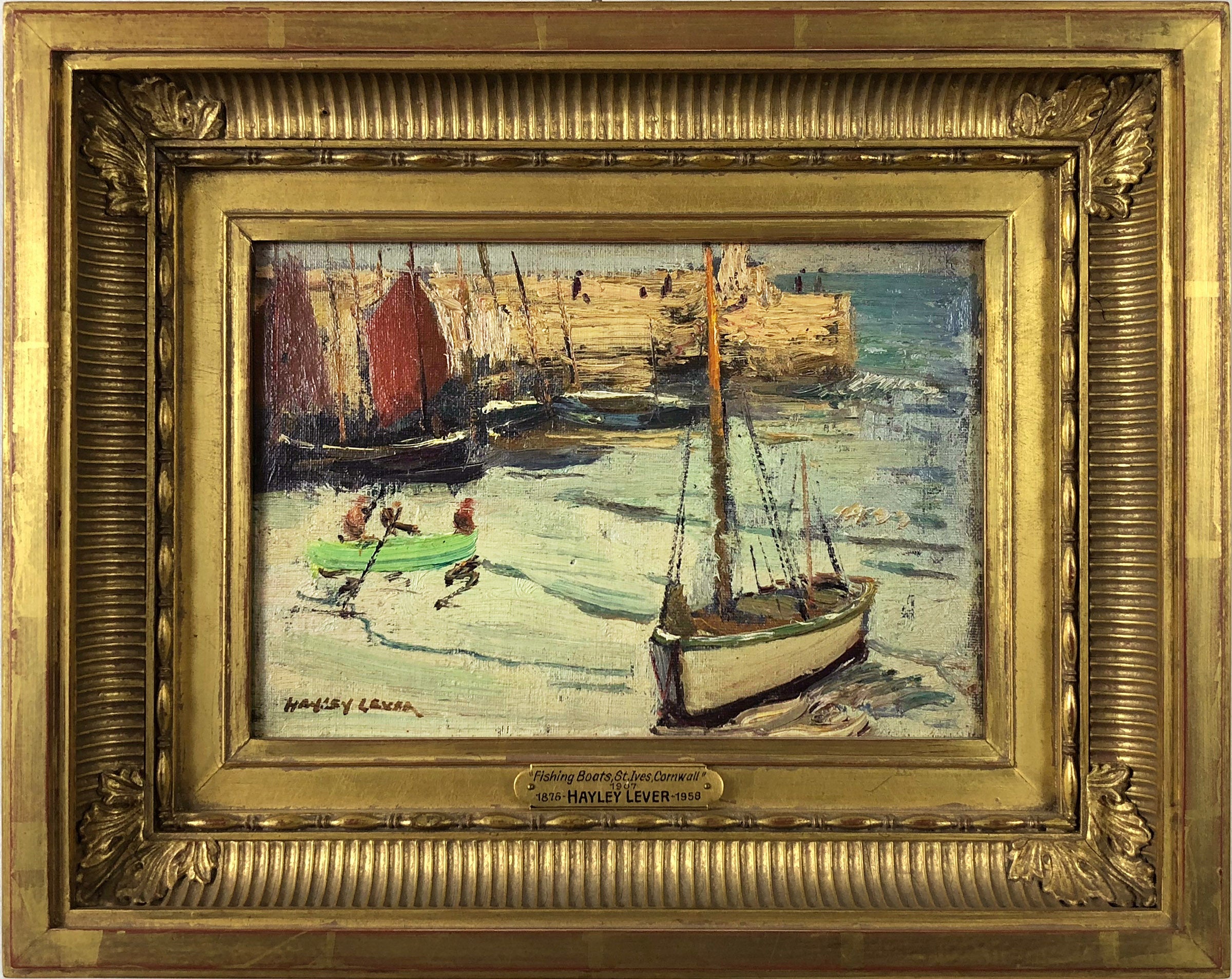 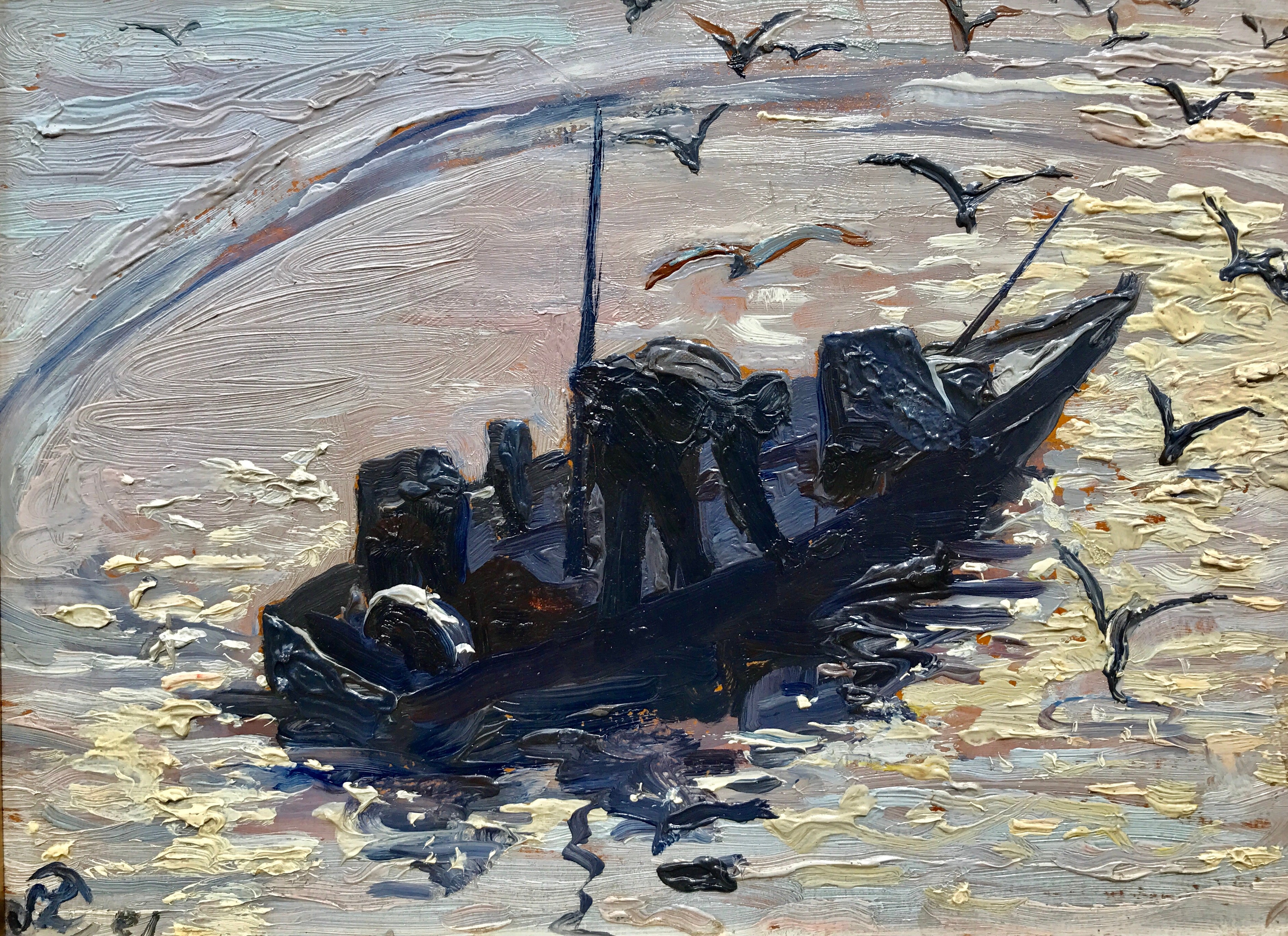 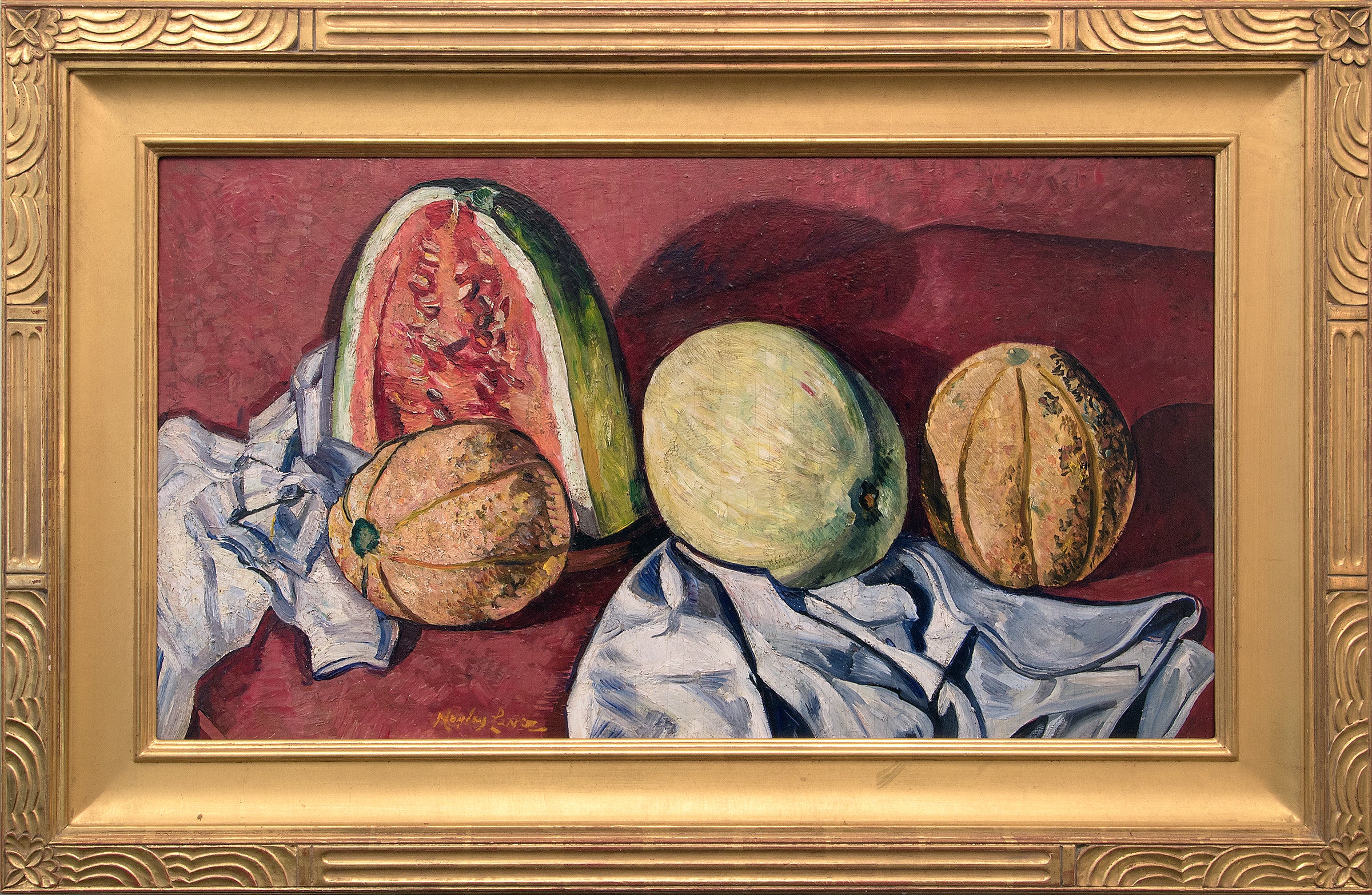 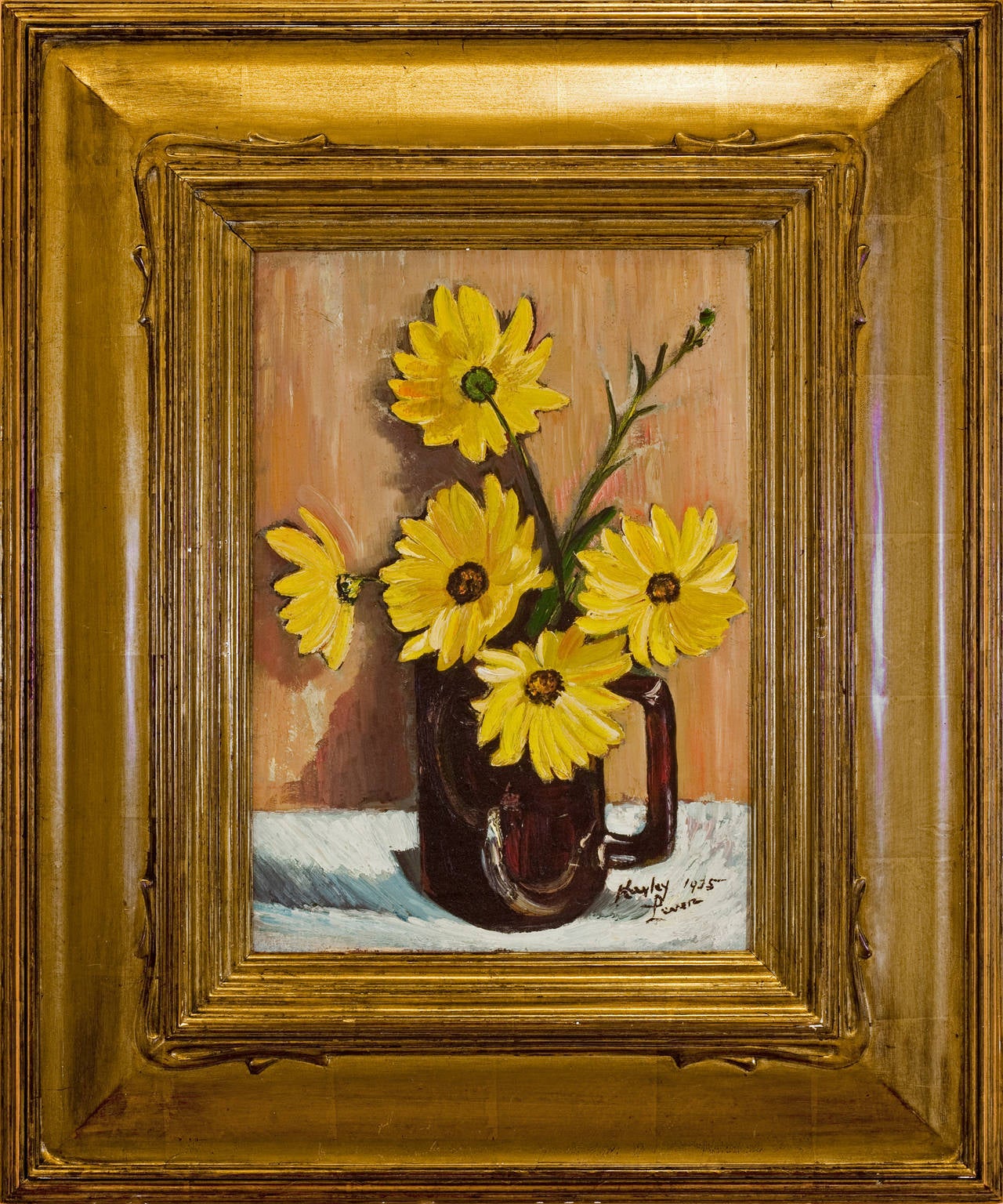 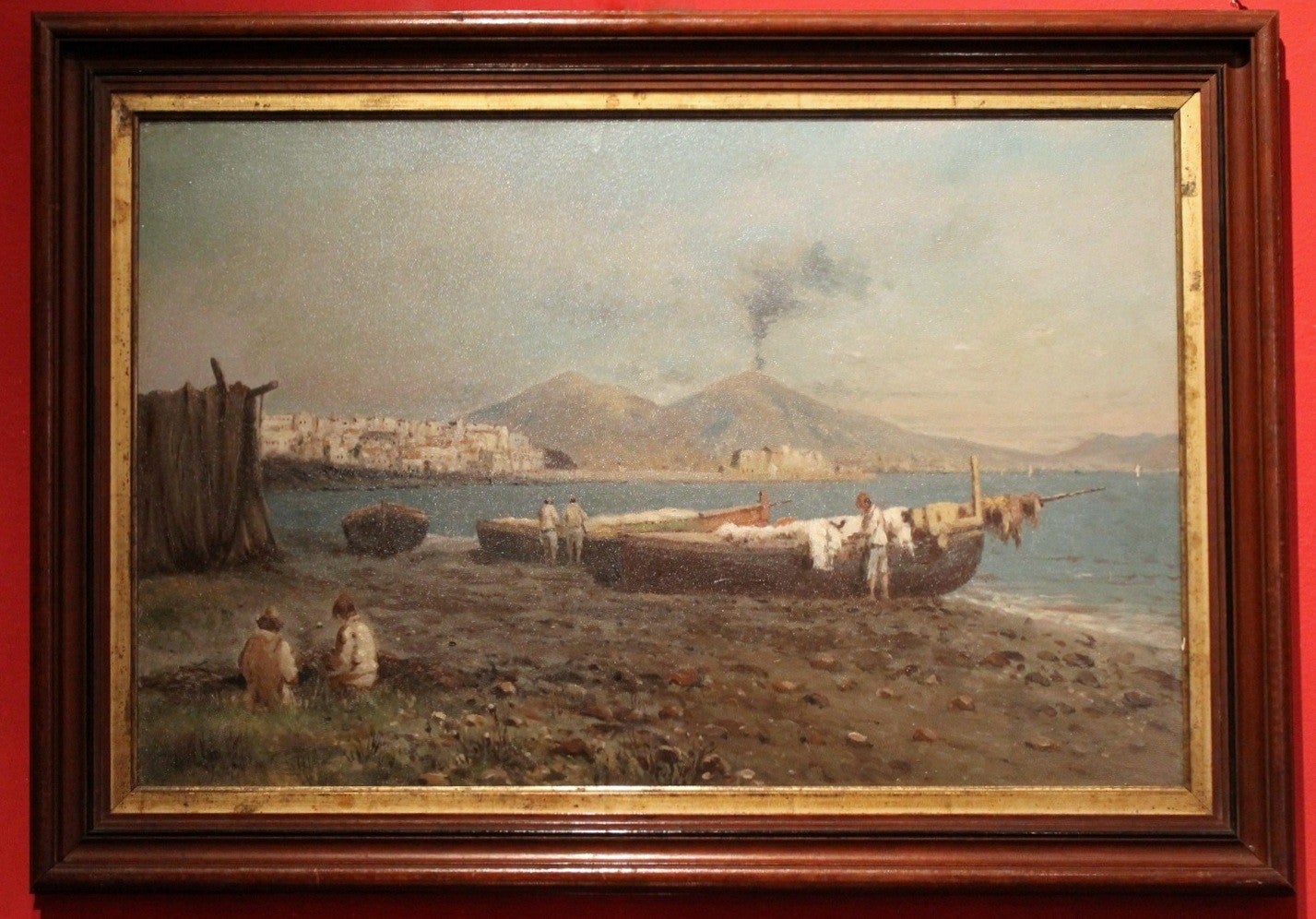 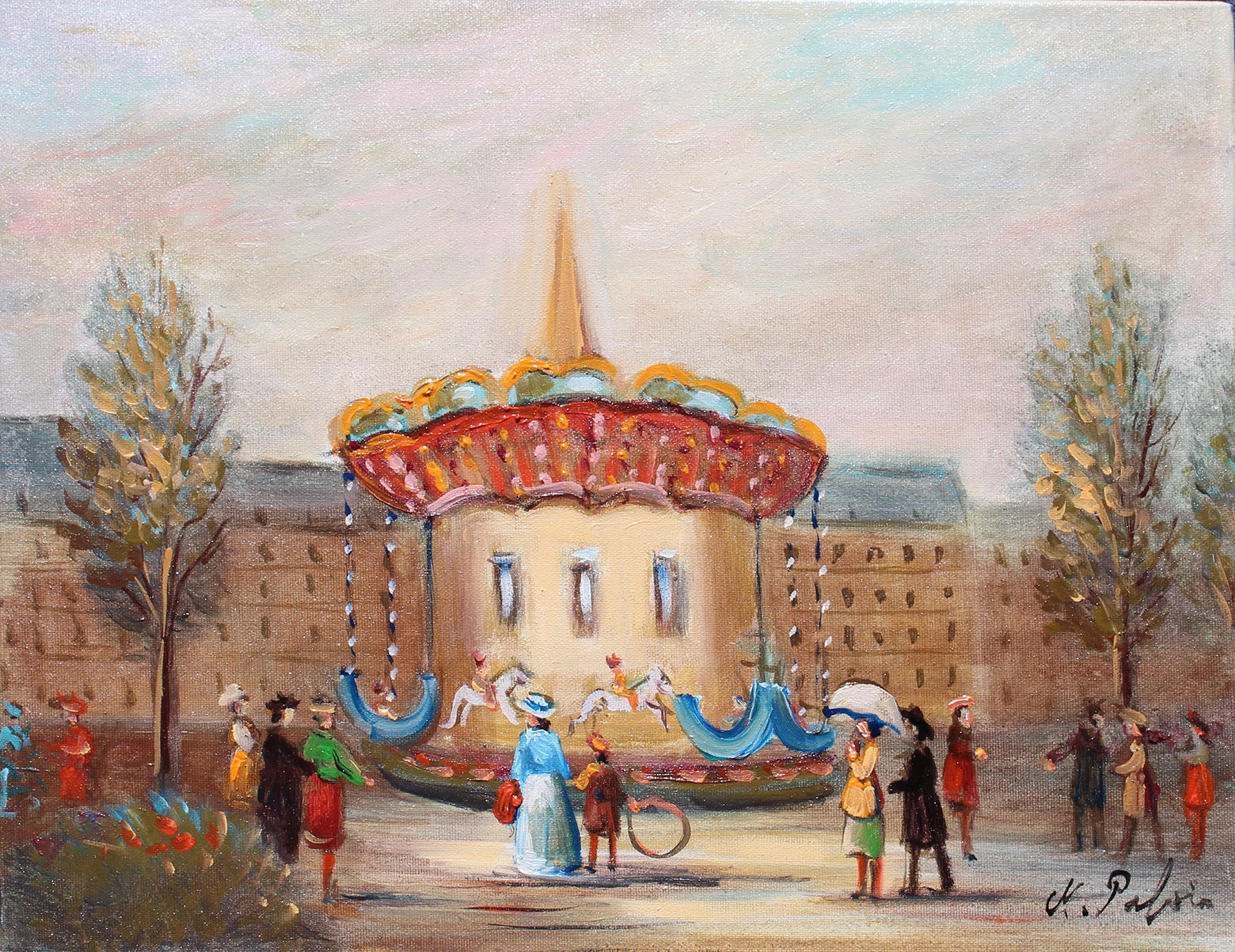 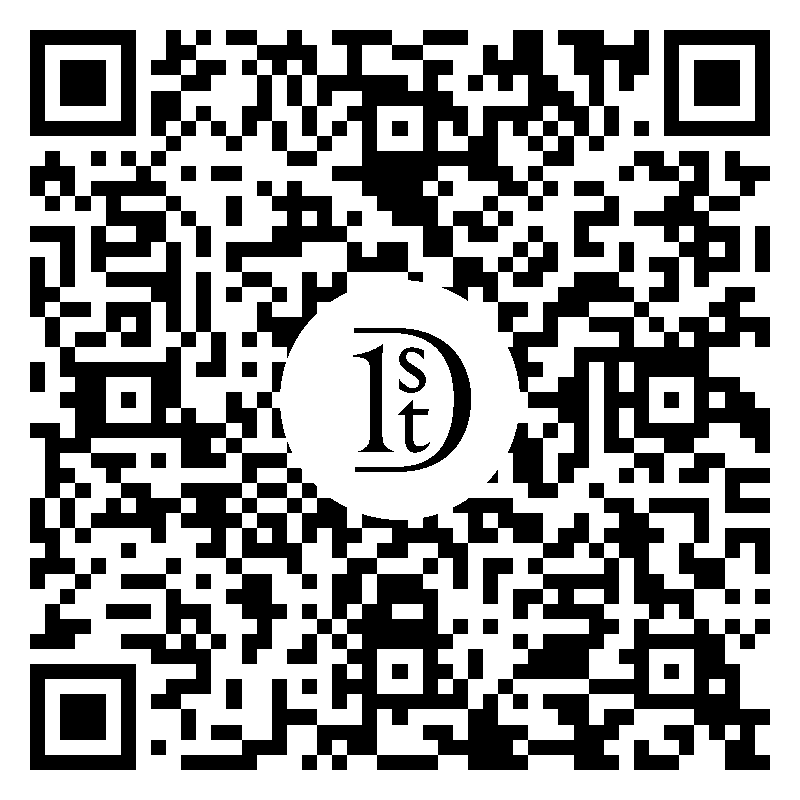 English Impressionist landscape/Town scene of a Cornish town, possibly Newlyn. An Australian by birth, Richard Hayley Lever left his native Adelaide at the age of 17 to train as an artist in Europe, and his work soon won attention in London and Paris. In 1900 he was introduced to the St Ives Club by fellow Australian Louis Grier, and he married Aida Gale in the town in the same year. Working closely with Grier and with Julius Olsson he maintained St Ives as a base, while also painting marine subjects along the southern coast of England and in Brittany. In 1912 Hayley Lever move to New York and took American citizenship. His paintings of the Hudson Valley, Vermont, and Nantucket secured an international reputation. This is the history of the stamp on the reverse of the painting. W.H.Lane the auctioneers. The auctioneer's note put this sale in perspective: 'Unbelievably, these paintings lay unstretched, collecting dust for approximately eighty years, in a Cornish attic, until their recent discovery. It is most unusual to be able to offer some sixty unknown and unseen works by an artist of such international repute' This is a very nice example of the artist's work. It is perfect for many different rooms of a home such as a dining room, hallway, bedroom, family room, study and den.

Diamond Seller
These expertly vetted sellers are 1stDibs' most experienced sellers and are rated highest by our customers.
Established in 1983
1stDibs seller since 2016
92 sales on 1stDibs
Typical response time: <1 hour
More From This Seller
View All From Seller

Price Upon Request
"Circling the Catch"
By Richard Hayley Lever
Located in Southampton, NY
Oil on board by the well known artist, Richard Hayley Lever. Signed lower left and dated 1951. On the verso is another painting by the same artist, unsigned. See last photo. Overal...
Category