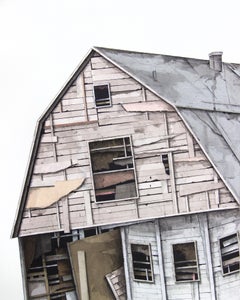 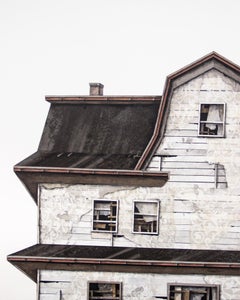 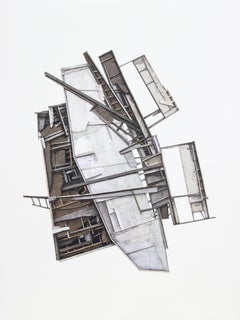 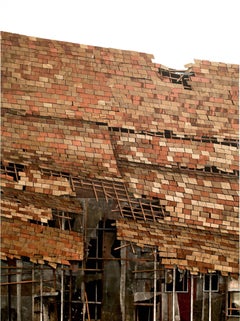 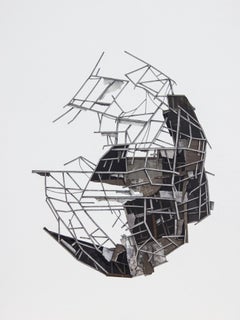 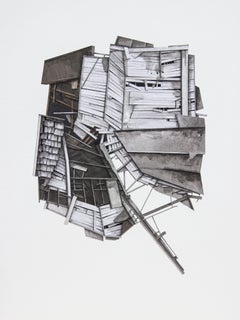 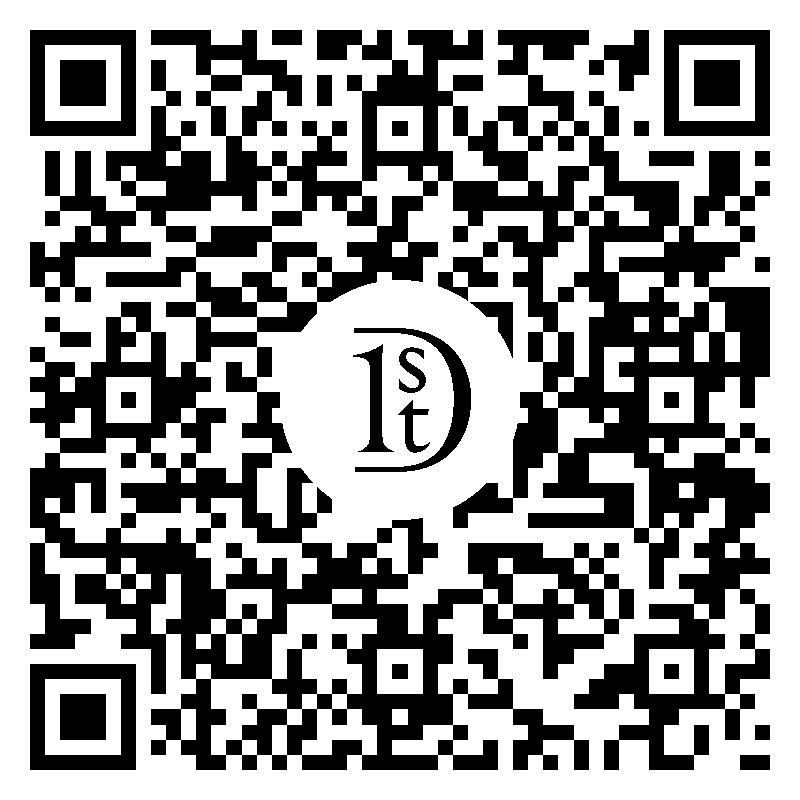 This layered paper and drawing collage titled "Mass Study II" is an original artwork by Seth Clark made of paper, charcoal, pastel, graphite, and acrylic on wood panel. Using found paper and drawing techniques, the artist creates an intentionally distressed and dimensional architectural form. This piece measures 40”h x 30”w. About the Collection // Continuing the artist's ongoing exploration of abandoned, deteriorating architecture, Clark's latest series is less straightforwardly representational than his previous works. Derived most notably from found paper and wood, Clark's ambitious, intricate and delicately-worked mixed media collages aim to represent the fragmented and complex nature of architecture in decline, what he refers to as the beauty of decay. Alternating between collage and architectural drawing, Clark seamlessly blends the two mediums through a continually evolving and exquisitely detailed layering process. For the two-dimensional paintings, he begins with an underlying layer of paper collage, and then applies charcoal, pastel, and graphite, providing definition and depth. The three-dimensional structural collages are meticulously constructed little worlds made of lightweight wood. Based upon original photographs and online sources, Clark intercuts images of architecture in various states of disrepair, creating digital compositions which serve as the foundation for the series. Purposefully eschewing a clear point of view, disconnected or incomplete pieces, with their shifting, gravity-defying angles--a window or wall from one image integrated with the collapsing rooftop from another--form an amalgamated yet abstractedly deconstructed whole. Clark's collages of vernacular dwellings serve as fragmented portraits of urban decay, fictionalized architectural realities about to fall down or give way. Depicting the architecture of a culture, they induce in the viewer the feeling of place. About Seth Clark // Clark grew up in Seekonk, Massachusetts and studied close to home in Providence at the Rhode Island School of Design. He earned his BFA in Graphic Design, focusing primarily on print design and alternative typography. During this time, he discovered collage. This method of hands-on, spatial development took a major role in his digital work as well as his physical works on wood and paper. His drawings and paintings have shown nationally including exhibitions in the Carnegie Museum of Art and the Chautauqua Institution, Recent honors include Best in Show at the Three Rivers Arts Festival and publication in New American Paintings. Clark is a 2012 Flight School Fellow and was named Pittsburgh’s 2015 Emerging Artist of the Year by the Pittsburgh Center for the Arts. He is the recipient of three Design Excellence Awards from the American Institute of Graphic Arts, Pittsburgh. 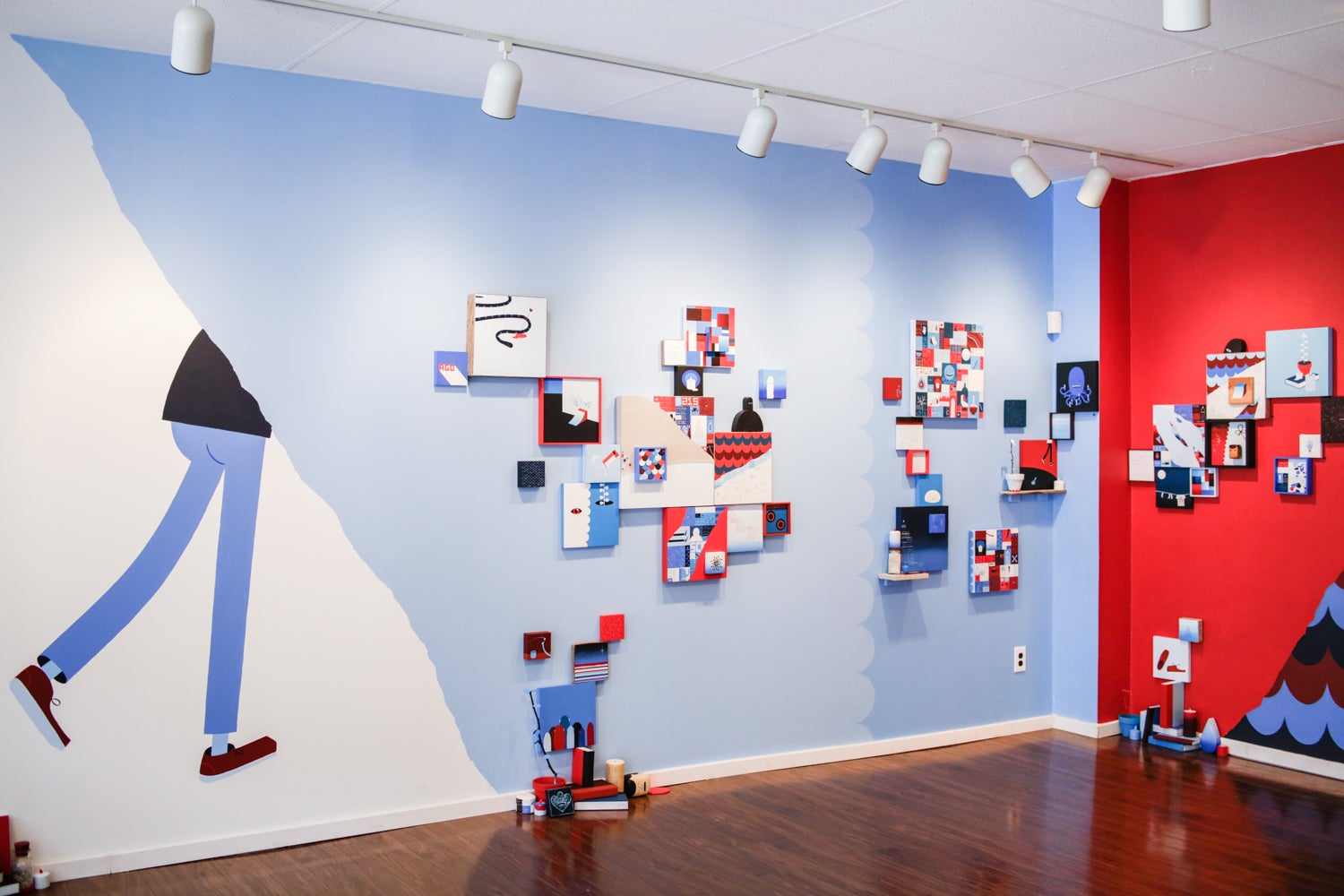 About the Seller
5 / 5
Located in Philadelphia, PA
Platinum Seller
This distinction is for experienced sellers who continually surpass customer expectations.
Established in 2010
1stDibs seller since 2015
210 sales on 1stDibs
Typical response time: <1 hour
More From This Seller
View All From Seller