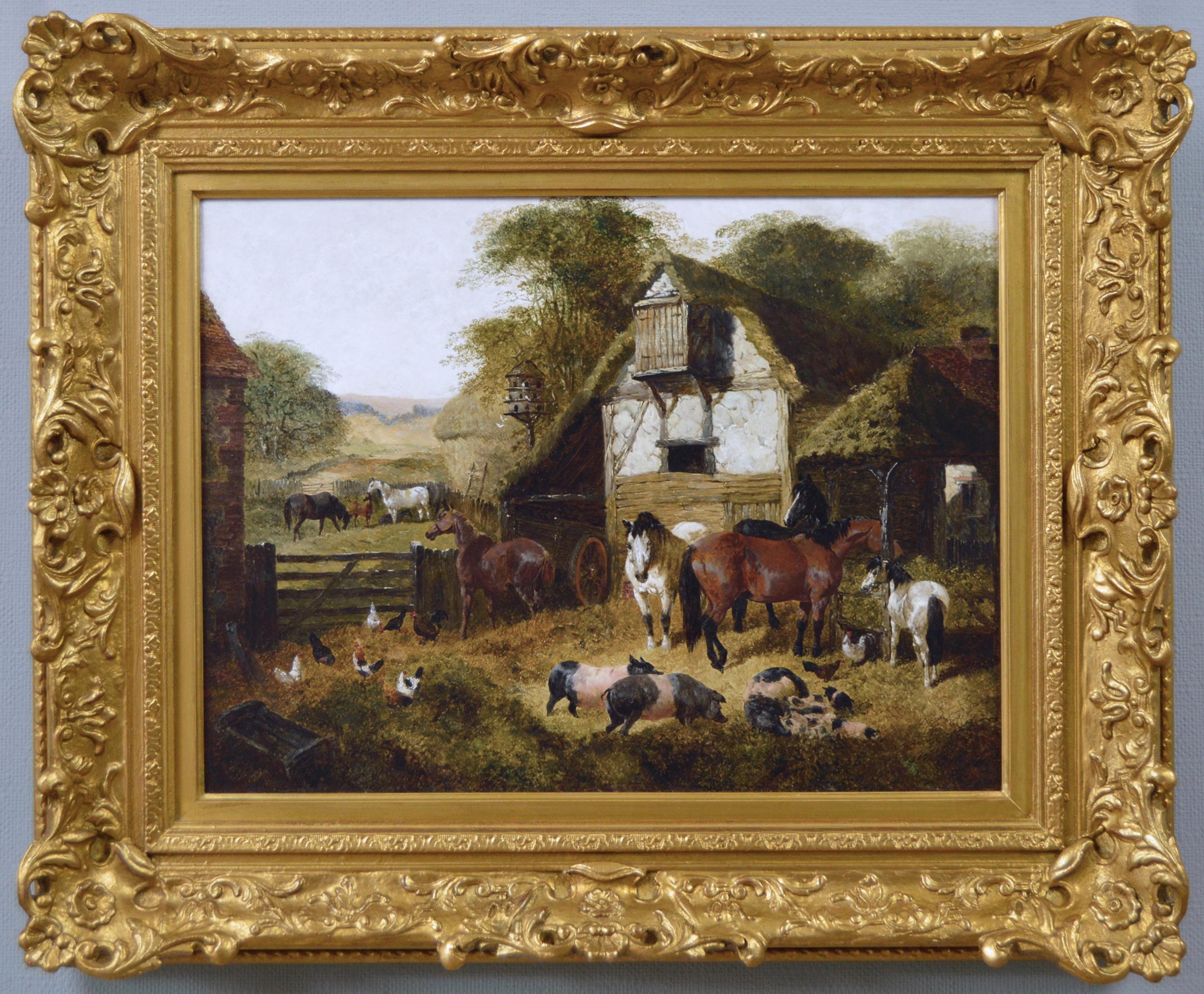 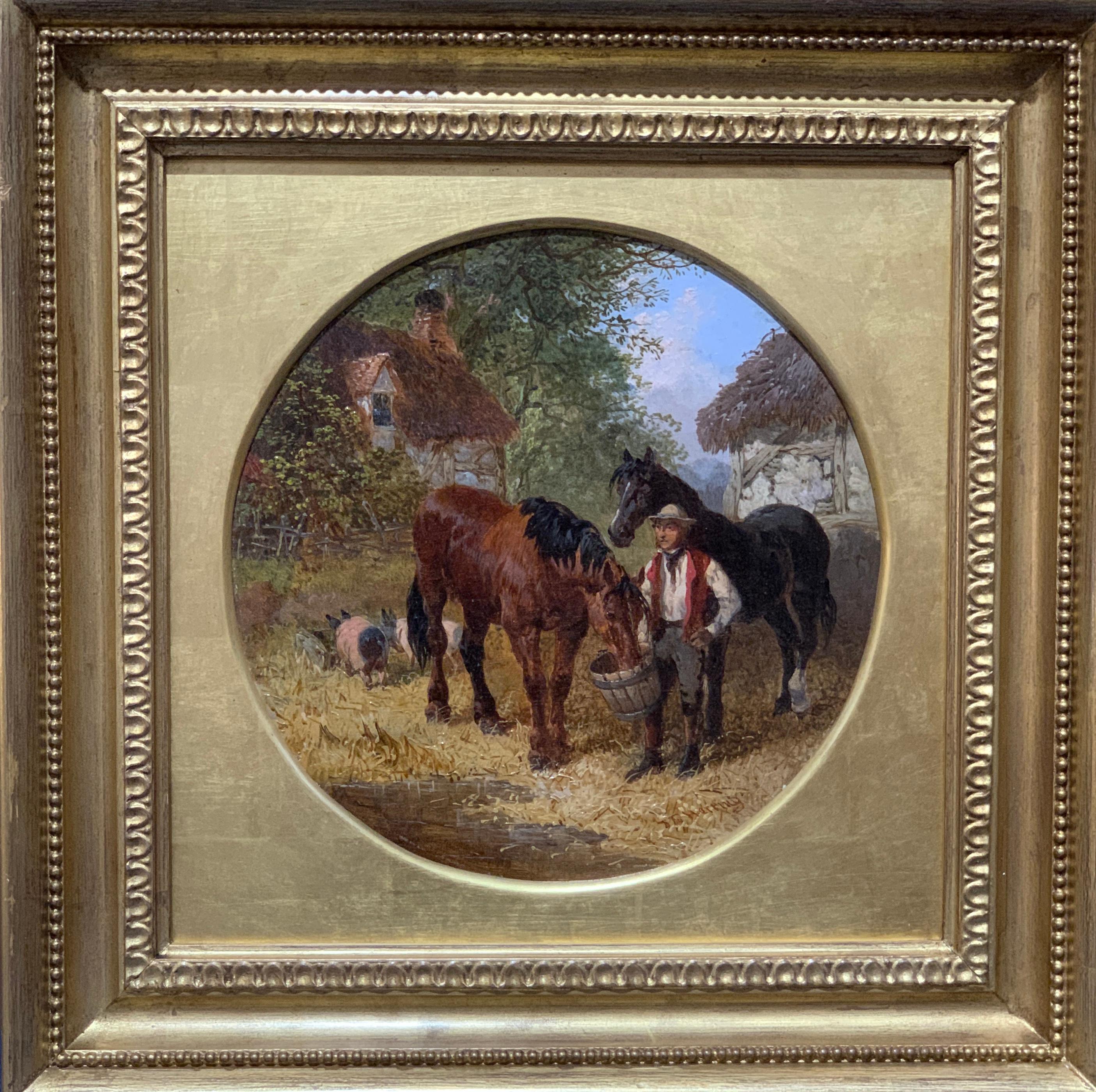 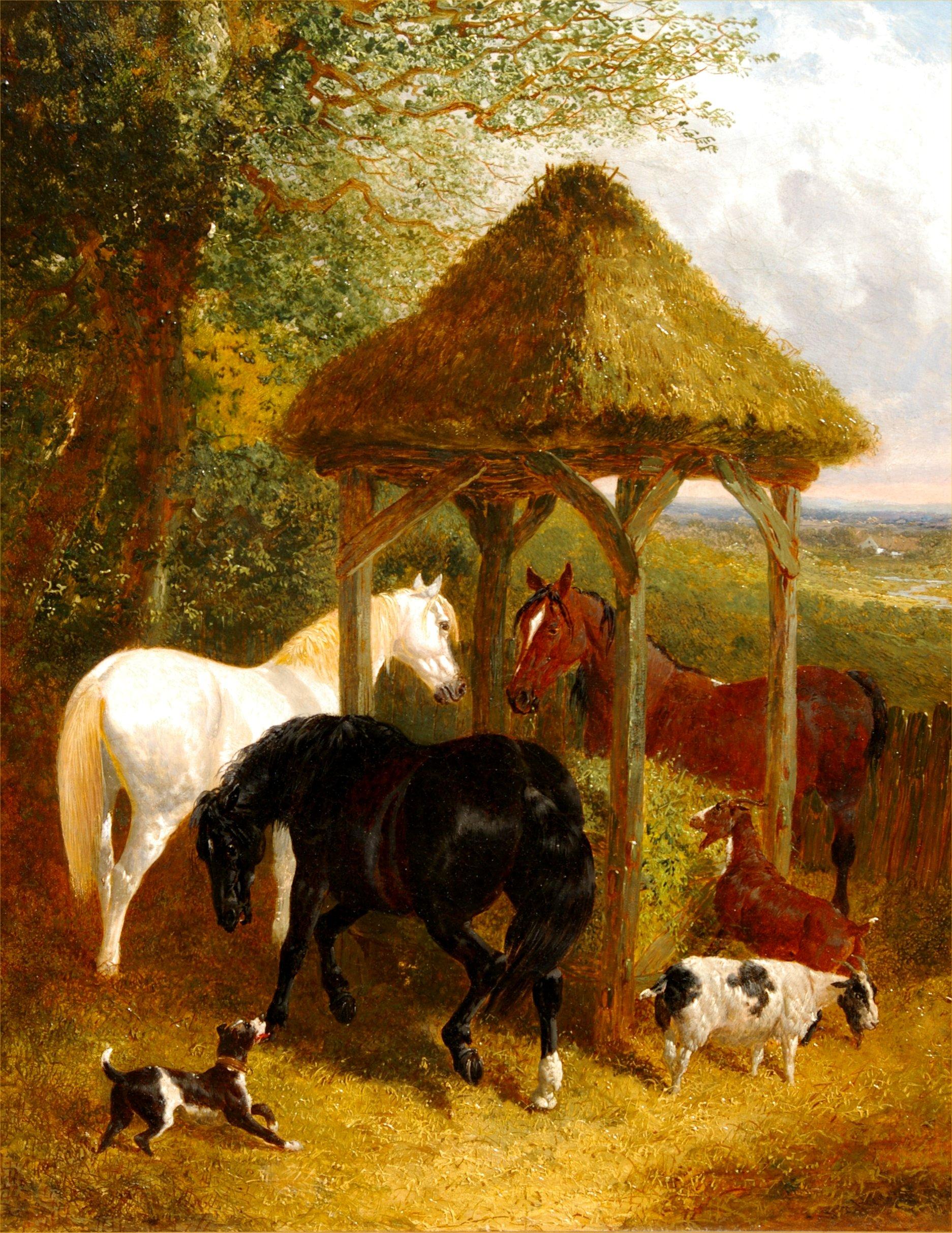 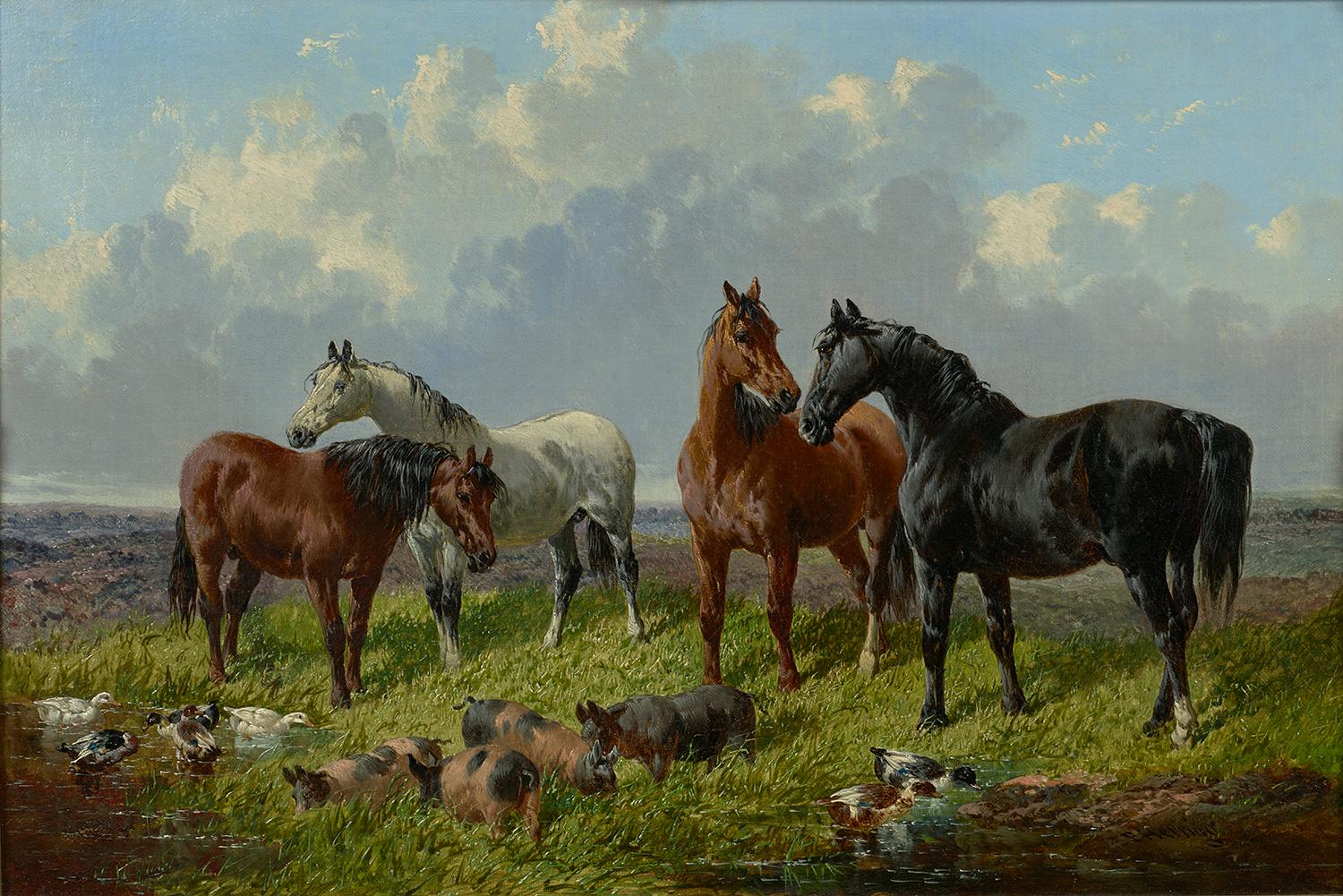 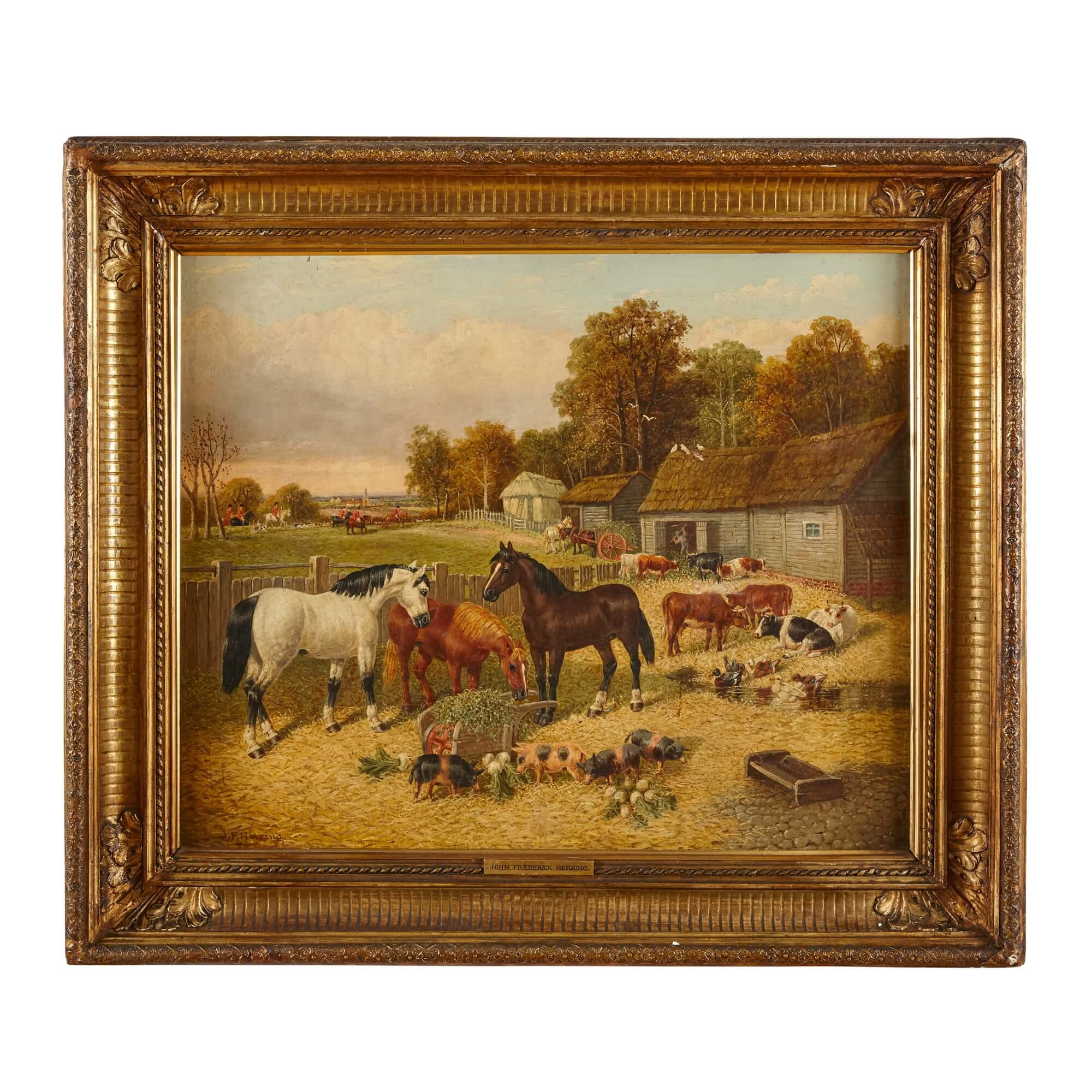 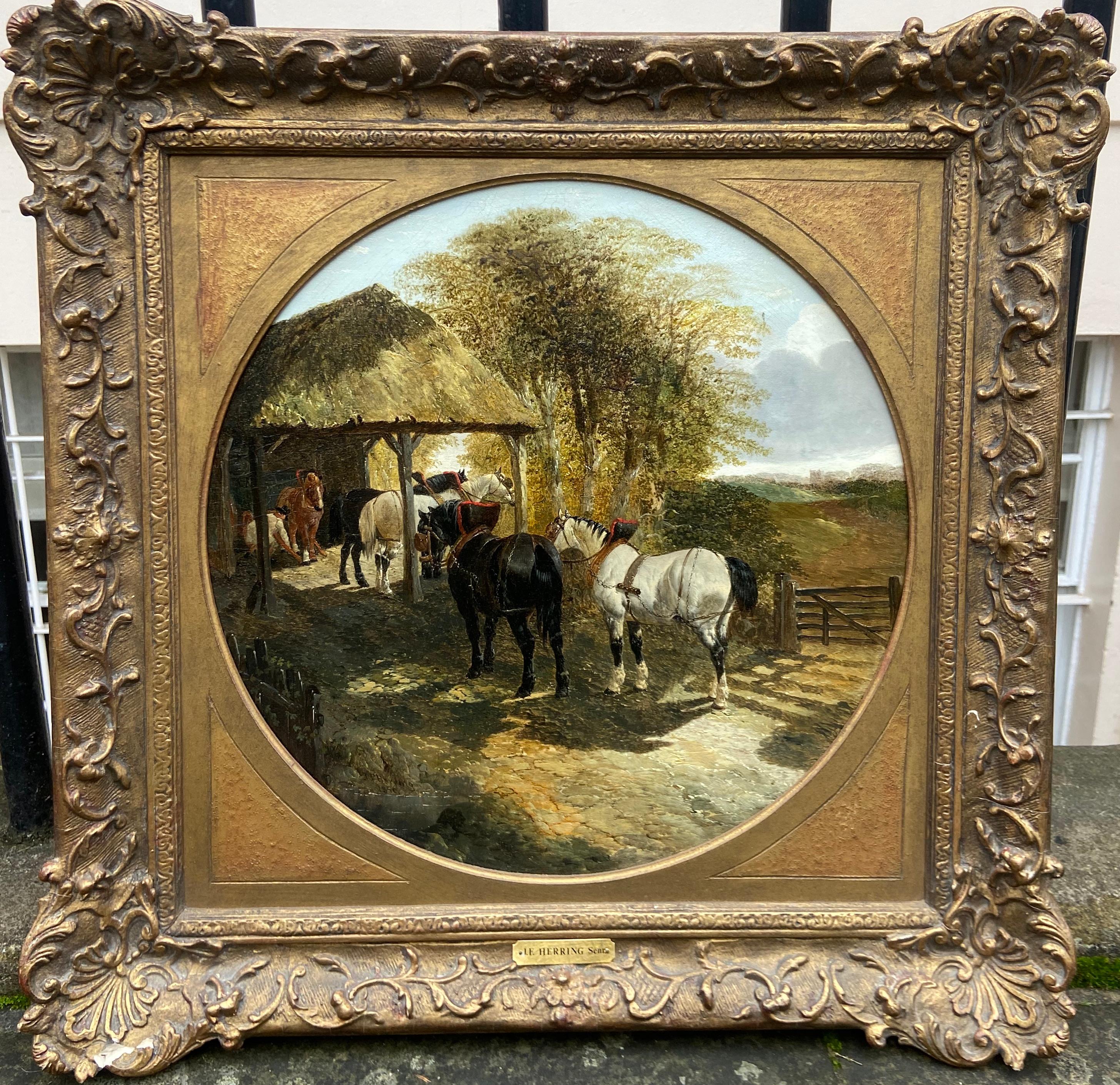 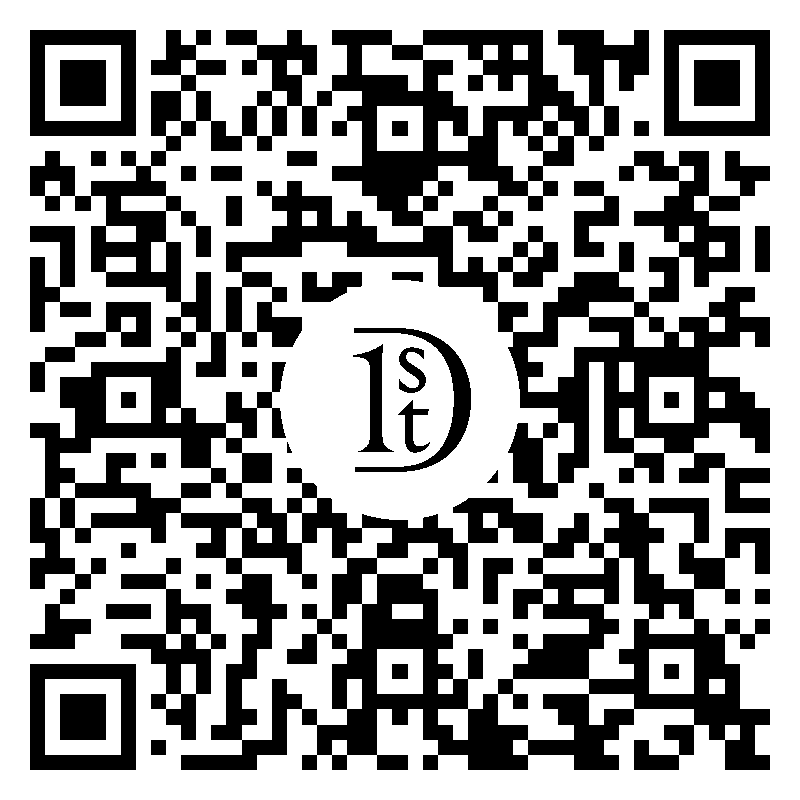 Antique English Victorian 19th-century portrait study of an English Spaniel. John Frederick Herring Jnr. was a painter of sporting and animal subjects in oil and watercolor. His style was very similar to that of his father, John Frederick Herring Snr. Herring Jnr. painted many horse portraits in exquisite detail. In addition, he painted numerous charming small-scale studies of cows, rabbits, pigs, goats, birds, and other animals. He is renowned for his finely detailed farmyard scenes. He had a preference for smaller canvases enabling greater output. Very occasionally and often for the purpose of exhibiting at the major academies, he would turn to the larger canvas. Although more time-consuming, they brought greater recognition and with it more lucrative commissions. Herring exhibited at the Royal Academy, British Institution, and Suffolk Street where he exhibited some fifty-three works. This type and quality of painting would have been painted for the wealthy British patrons for either their country houses or their grand townhouses in areas in London like Mayfair, Belgravia and Chelsea, and Kennsington. This is a very fine example of the artist's work. The piece is framed in its original gold leaf hand-made frame. The painting is held in place in its frame with the original paper tape.

Diamond Seller
These expertly vetted sellers are 1stDibs' most experienced sellers and are rated highest by our customers.
Established in 1983
1stDibs seller since 2016
180 sales on 1stDibs
Typical response time: 1 hour
More From This Seller

John Frederick Herring Jr
A Farmyard Scene with Horses, Geese and Chickens, circa 1860