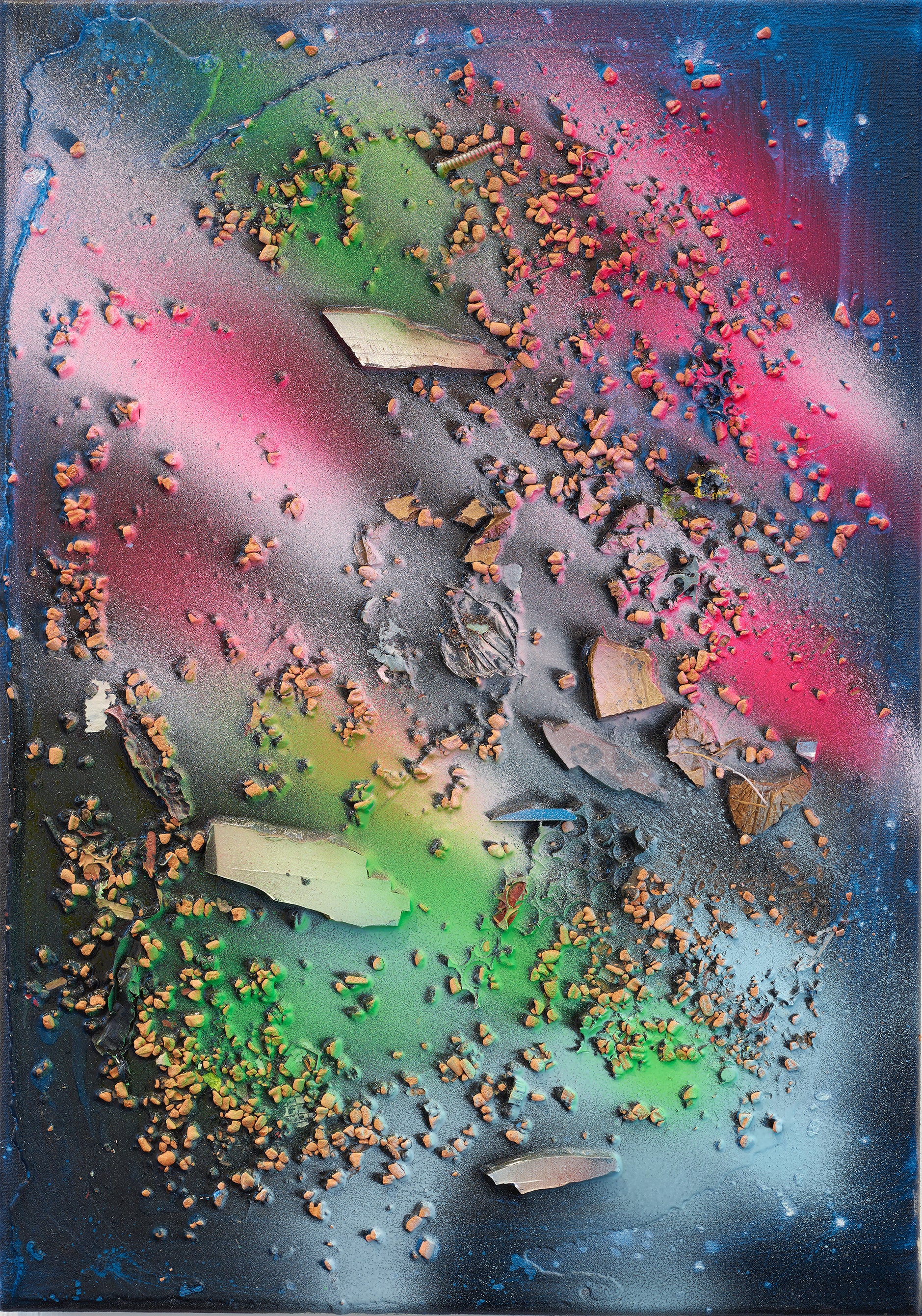 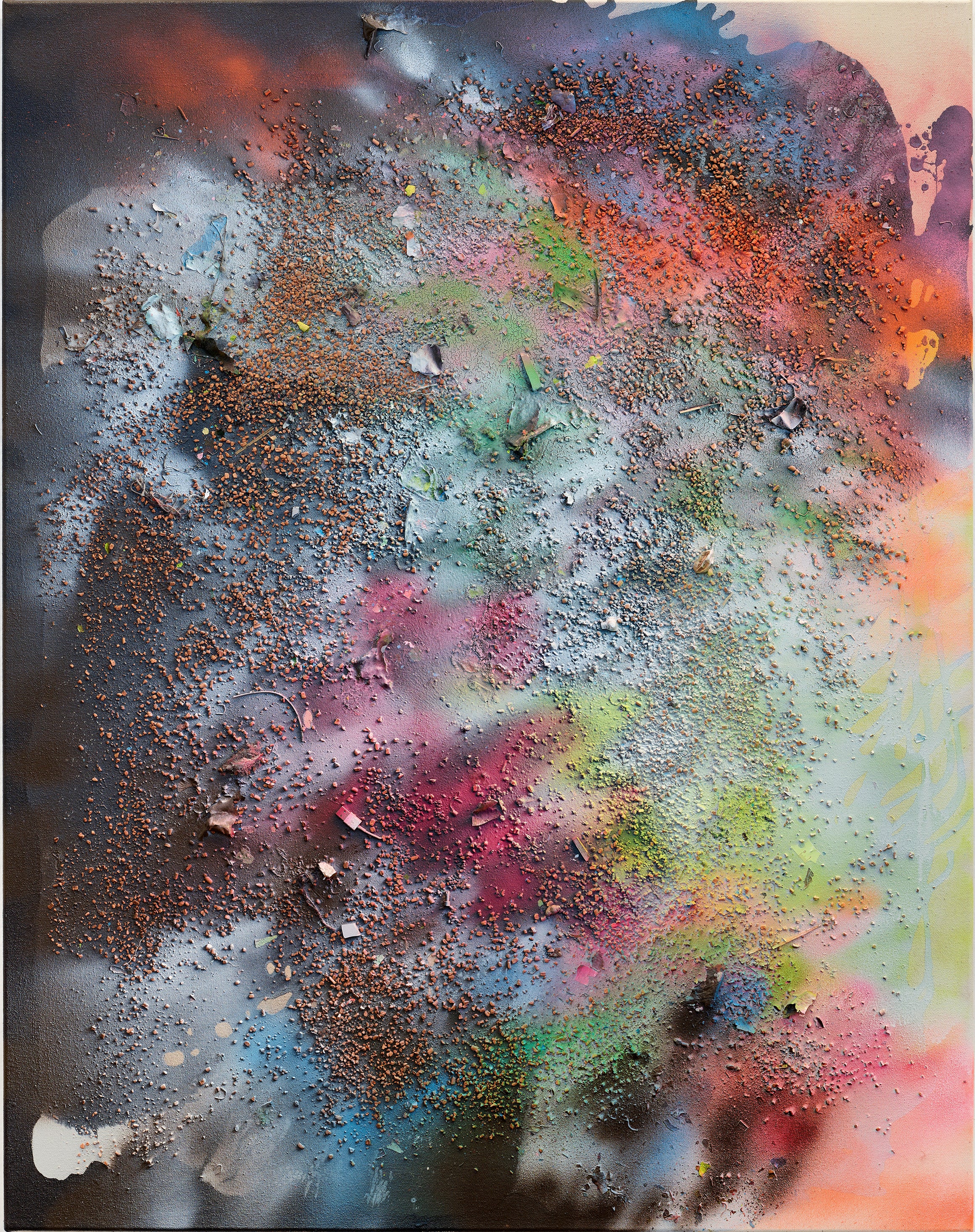 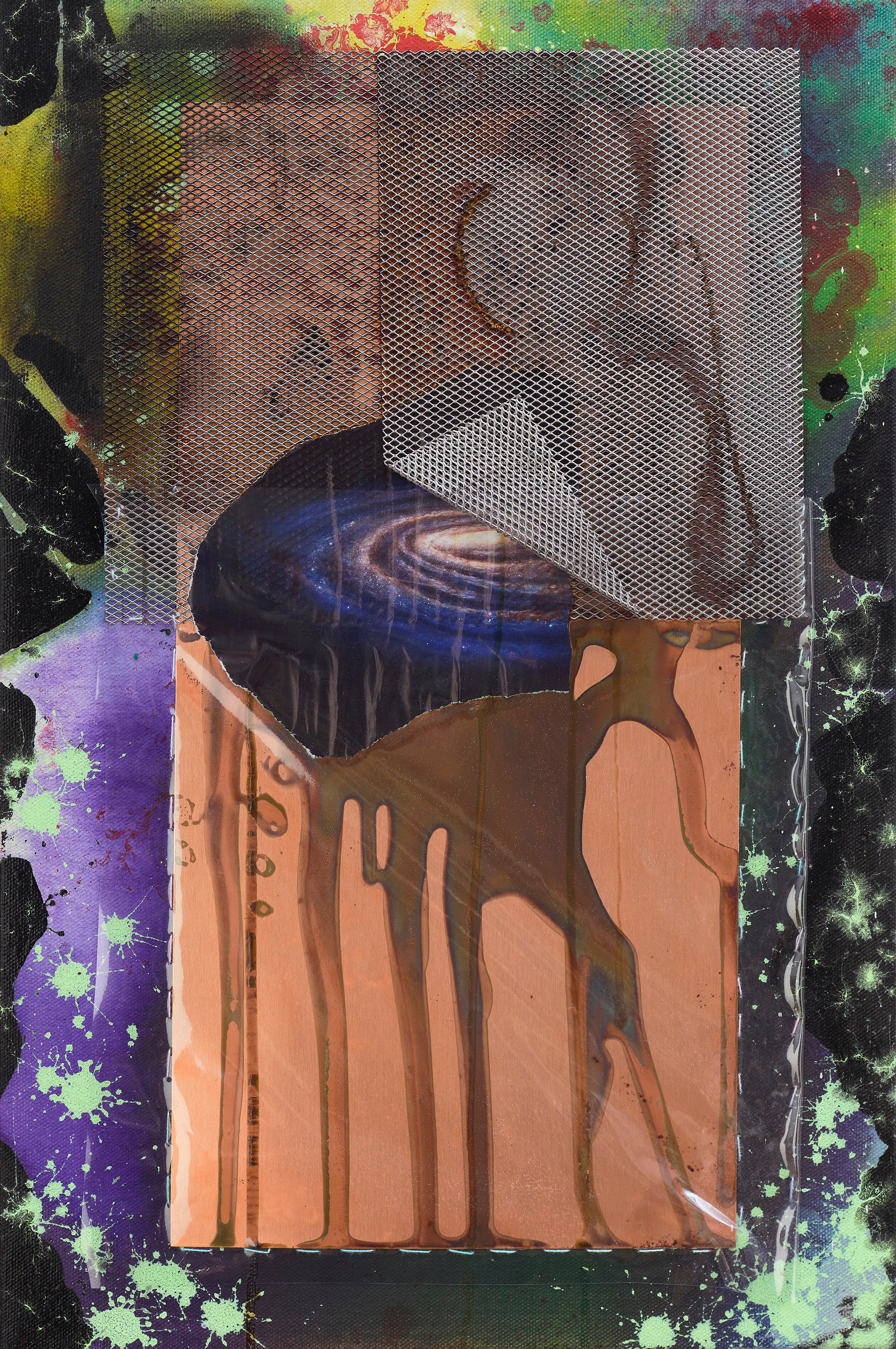 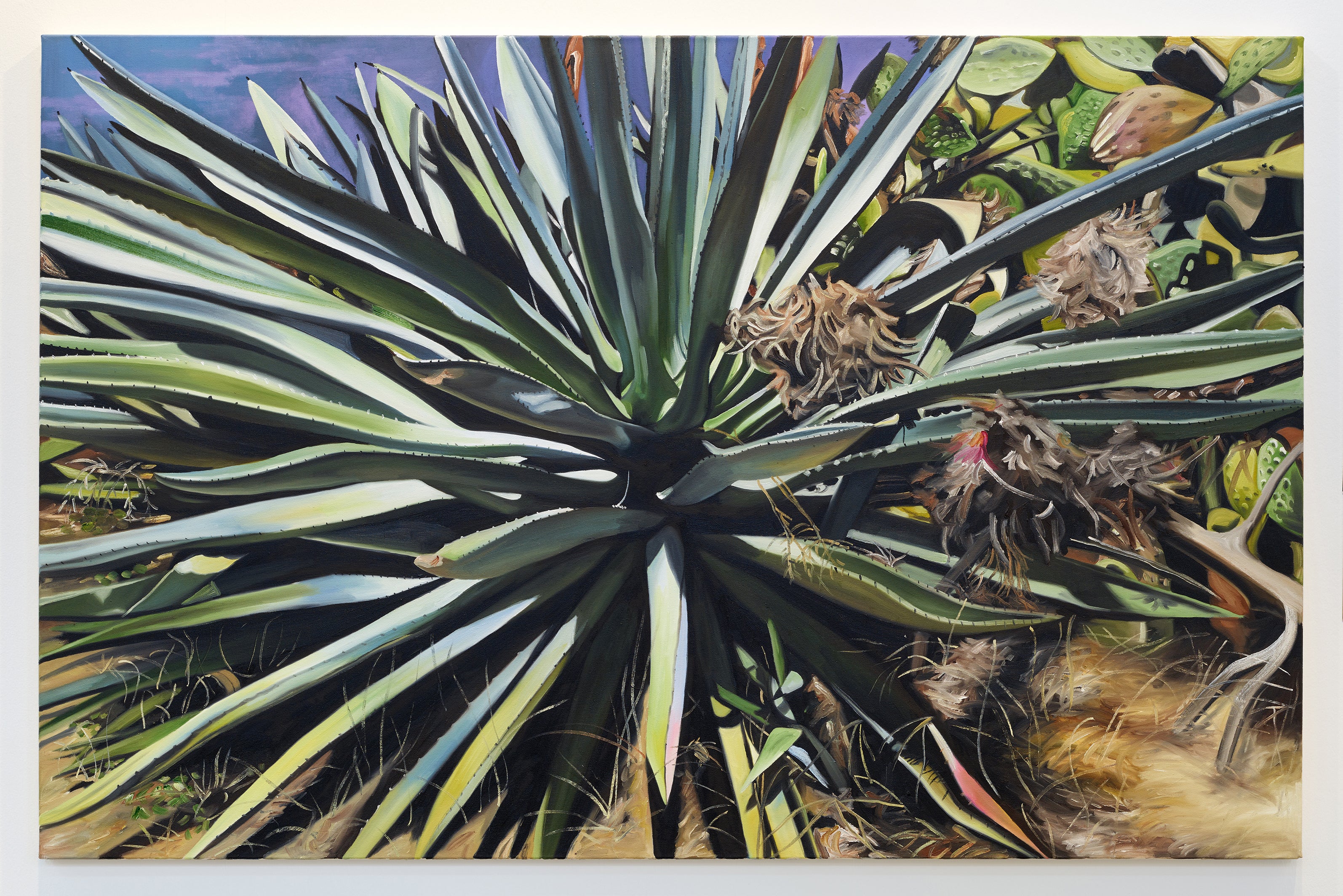 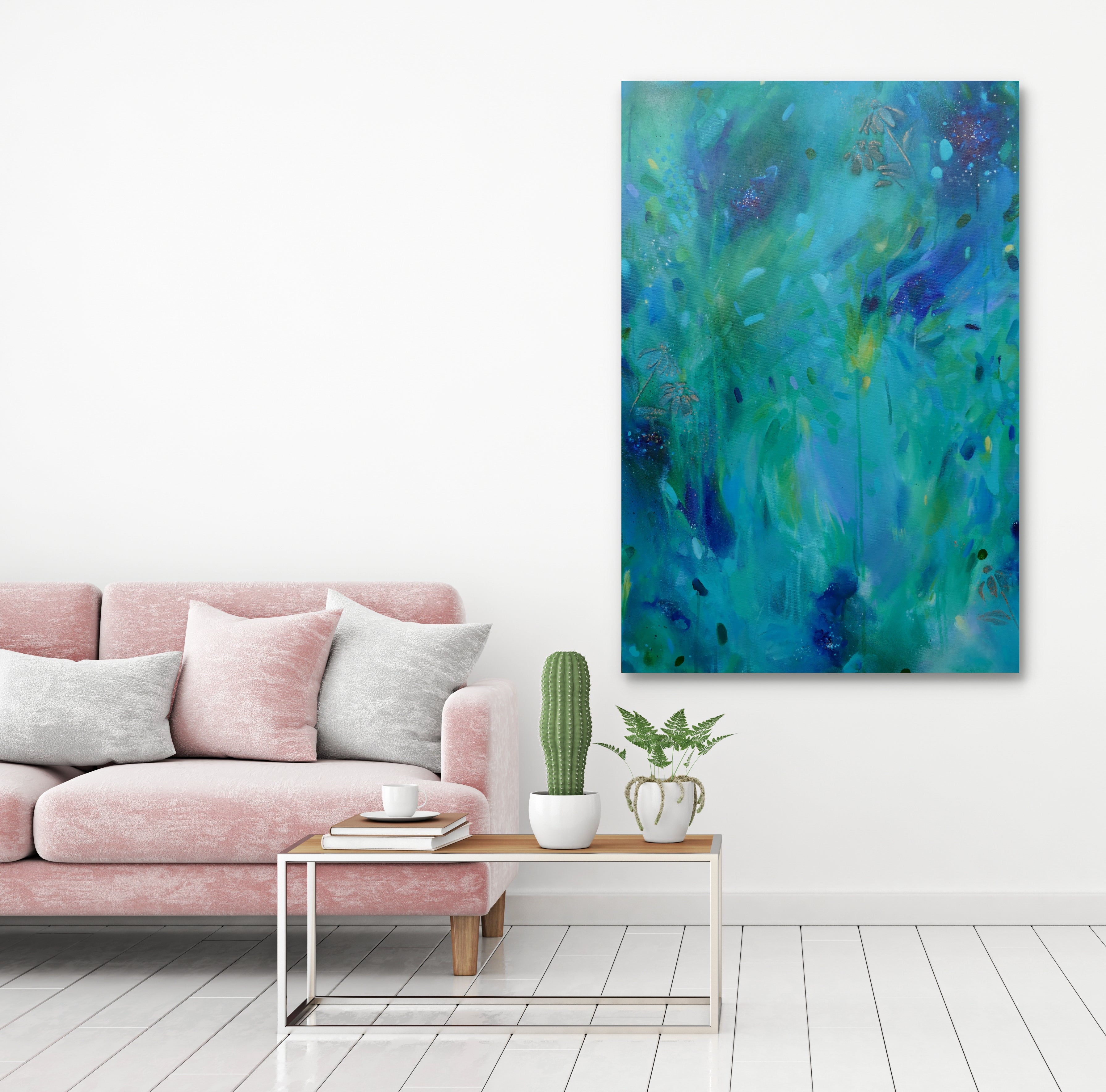 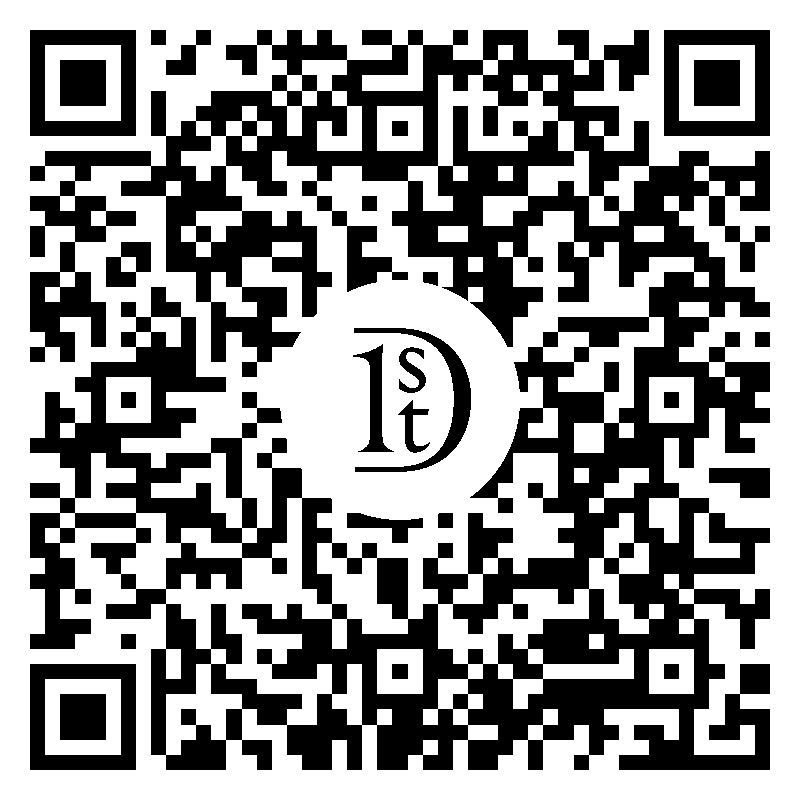 Silke Albrecht (* 1986 in Soest, lives and works Düsseldorf) studied at the Kunstakademie Münster with Prof. Michael van Ofen and later at the Kunstakademie Düsseldorf as Masterstudent of the worldwide known photographer Andreas Gursky. In 2011 she received a scholarship from the Best-Gruppe-Düsseldorf, in 2013 one of the Apotheker und Ärztebank and in 2017 she was Artist in Residence in Tel Aviv, of the Bronner Residency und Kunststiftung. Silke Albrecht has exhibited a.o. at FZB Bochum (2019), at Akademie Galerie Düsseldorf (2017), at Nino Mier Gallery, Los Angeles (2017), at Kunsthalle Gießen (2017), at Kunstverein Ahlen (2016), at Mélange Köln (2015), at KIT Düsseldorf (2014) and at the Westfälische Provinzial Münster (2012). The central point in Silke Albrecht‘s work is the examination of the loss of a uniform worldview in the context of contemporary geological, ecological and geopolitical problems. Albrecht‘s paintings can be understood as manifestos of a critical – in the double sense of criticizing and analyzing – attitude towards anthropocentric views of the world, a world that can be considered as being „shattered“, today more than ever. This attitude can also be seen in the titles of her paintings or in the series of paintings (like, e.g., terrestrial or deep time); they are oriented to terms and idioms, among other things. In the abstract works, as, for instance, in “shattered earth (4)” we do not just see forms and colors painted on canvas with a brush. Rather, Albrecht also works with means such as collage, assemblage, sewing and embroidery. She pours, she wipes, she draws on the canvas. What is decisive, however, is that on the one hand it is about highly effective, impressive and convincing pictures on canvas, which partly exceed the two-dimensionality of the canvas like reliefs, and on the other hand about the joy of creating these works. This is connected with the content described insofar as Albrecht does not represent or depict objects, but rather creates quite concretely. She brings herself in as an actor, not as a distanced performer. Creation as the actual act that produces the image (the pictorial world). For “shattered earth (4)” Albrecht added a copper plate as well as parts of a fake Issey Miyake-bag to the canvas, materials that are elements of our economical world and production. The canvas itself had been colored by splashing the color on it, so that little stars seem to appear on the blue ground – an almost abstract representation of what we see if we observe the sky by night. 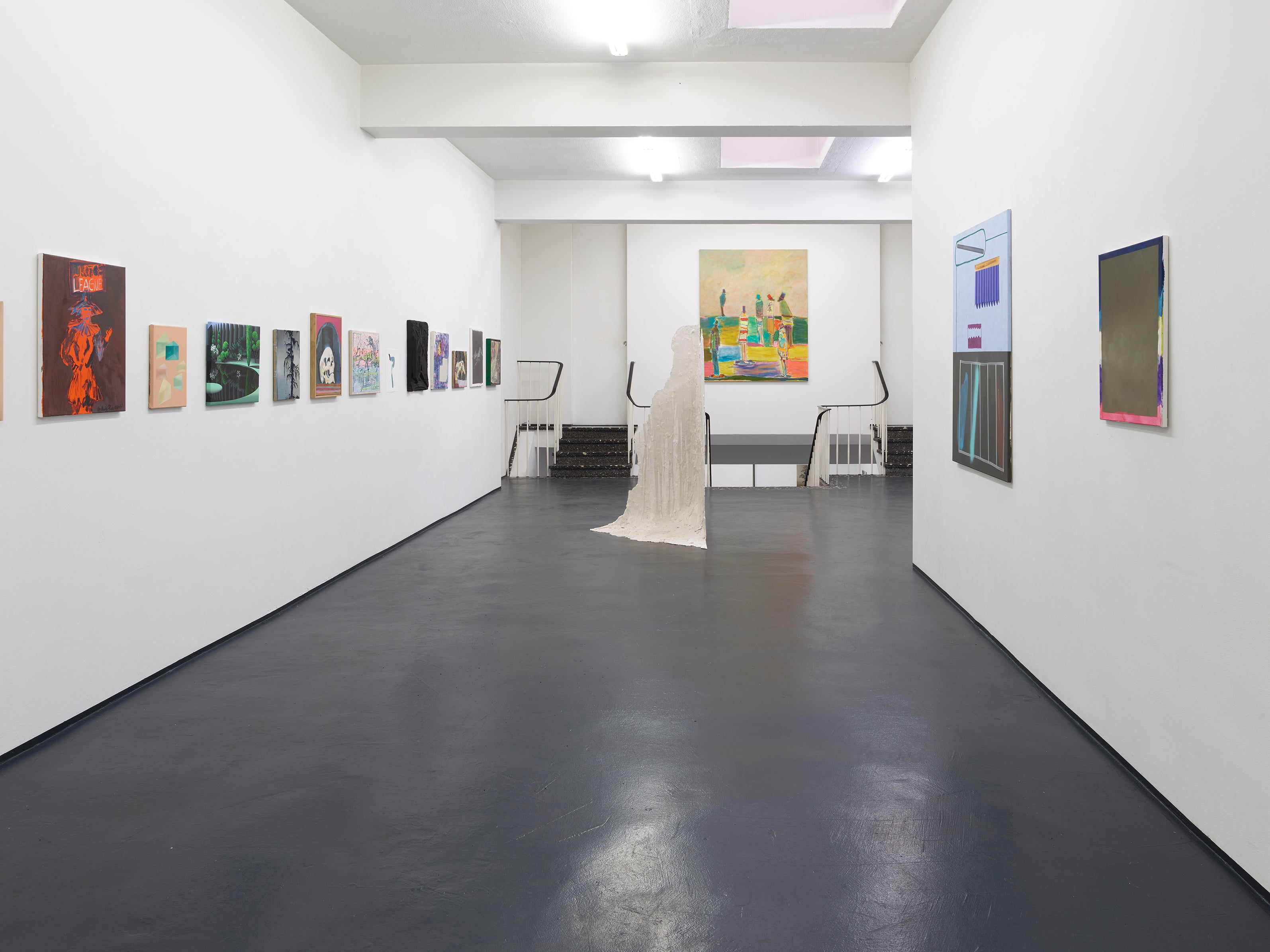 About the Seller
No Reviews Yet
Located in Cologne, Germany
Vetted Seller
These experienced sellers undergo a comprehensive evaluation by our team of in-house experts.
1stDibs seller since 2020
More From This Seller
View All From Seller