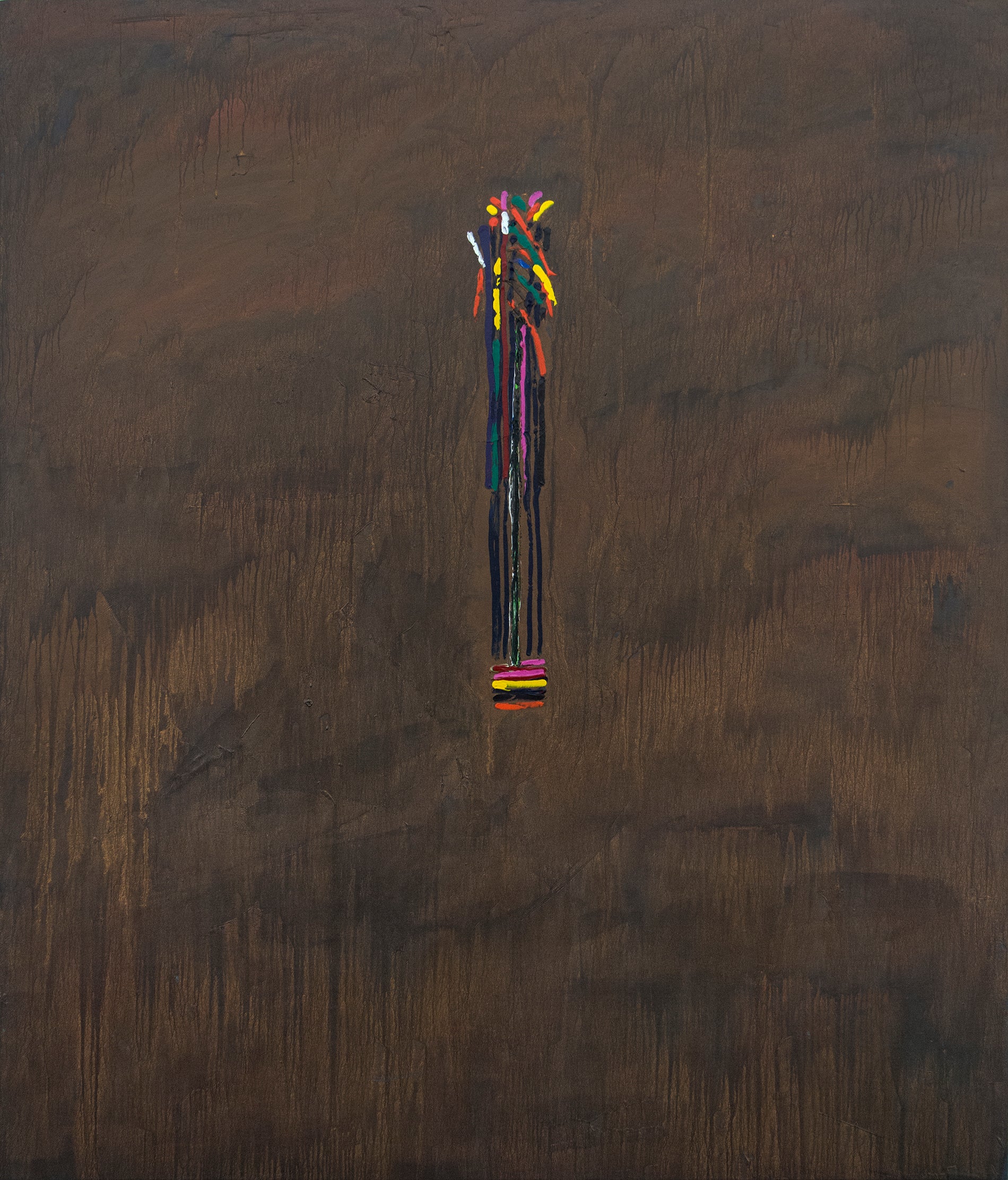 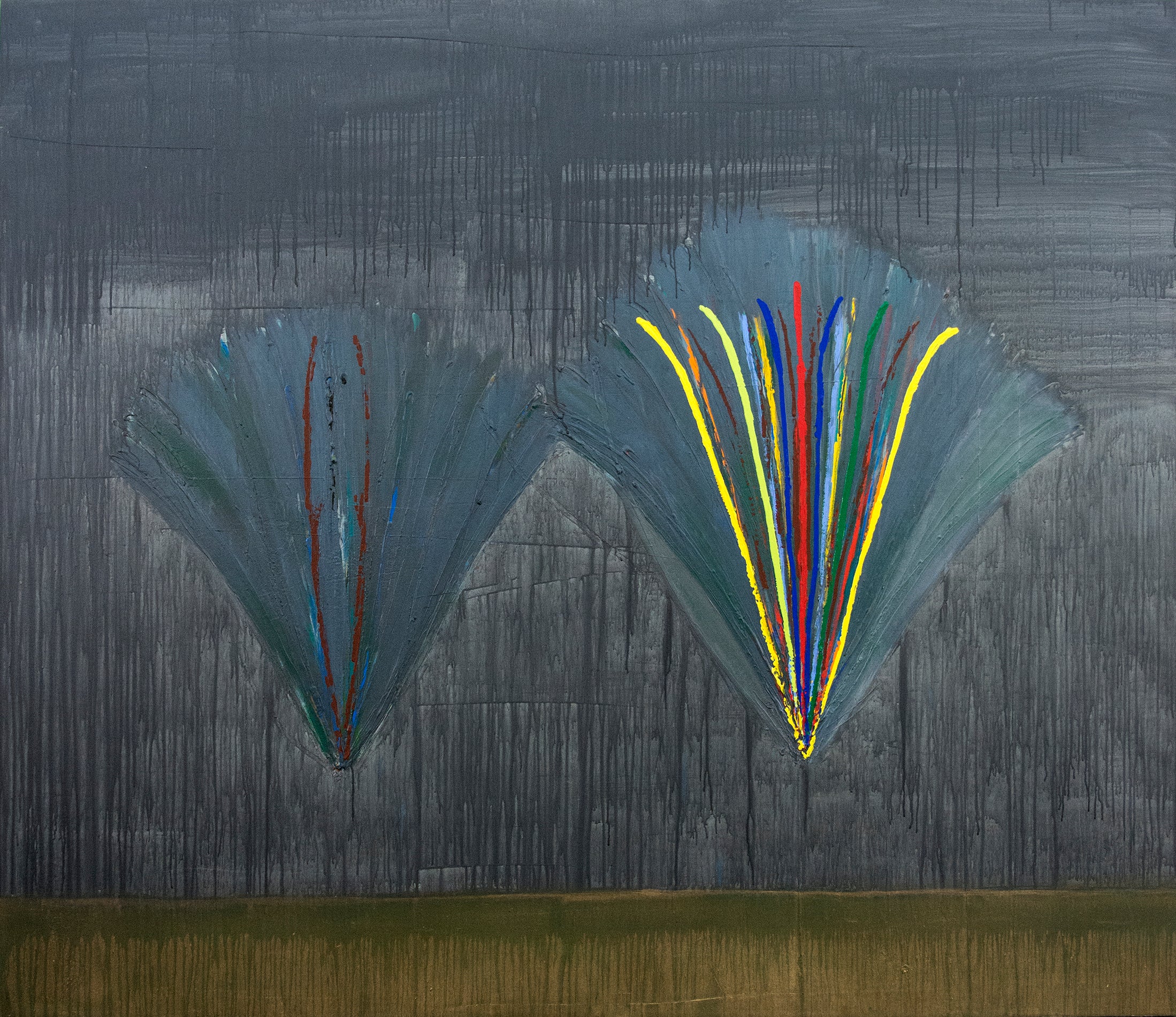 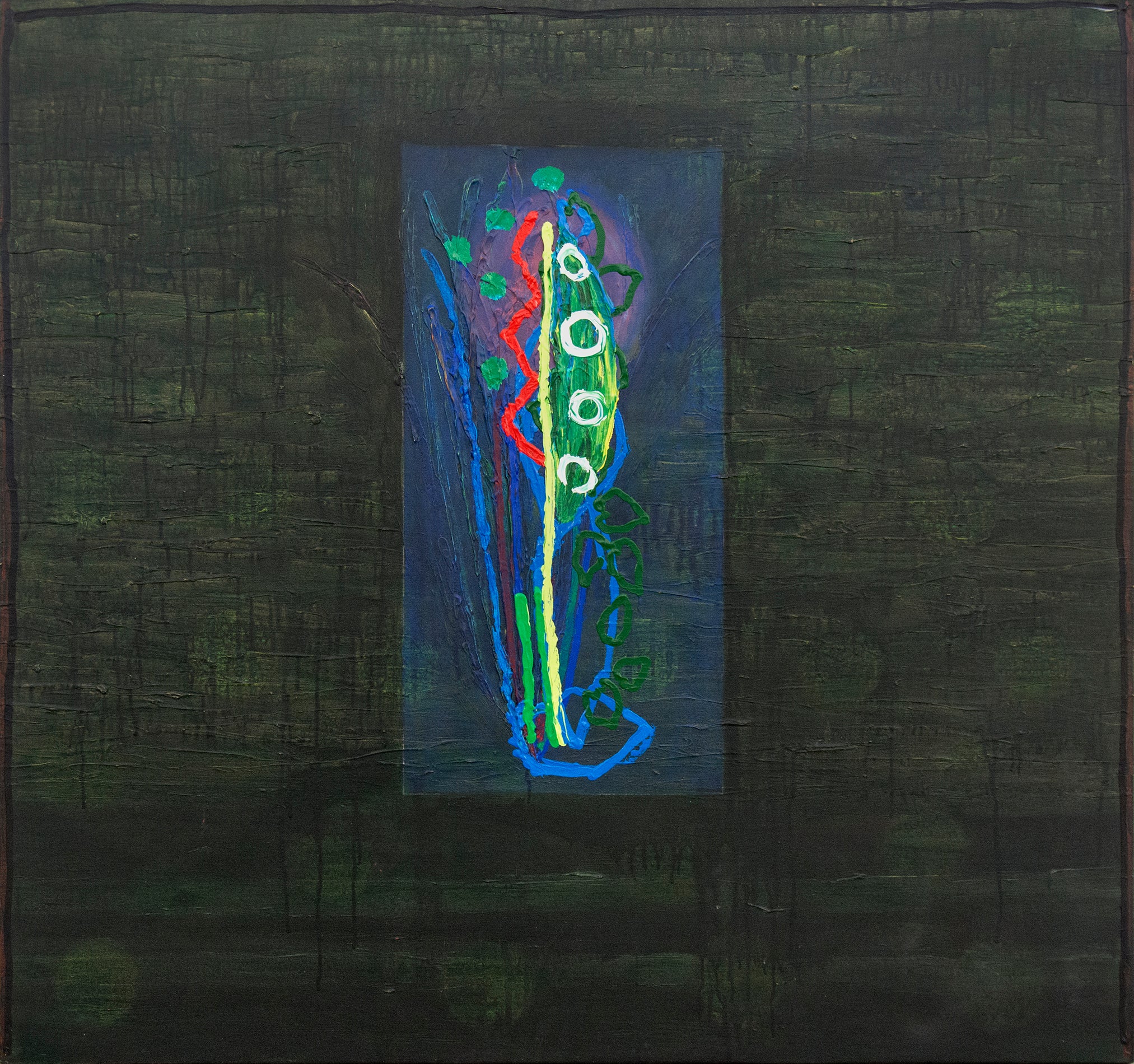 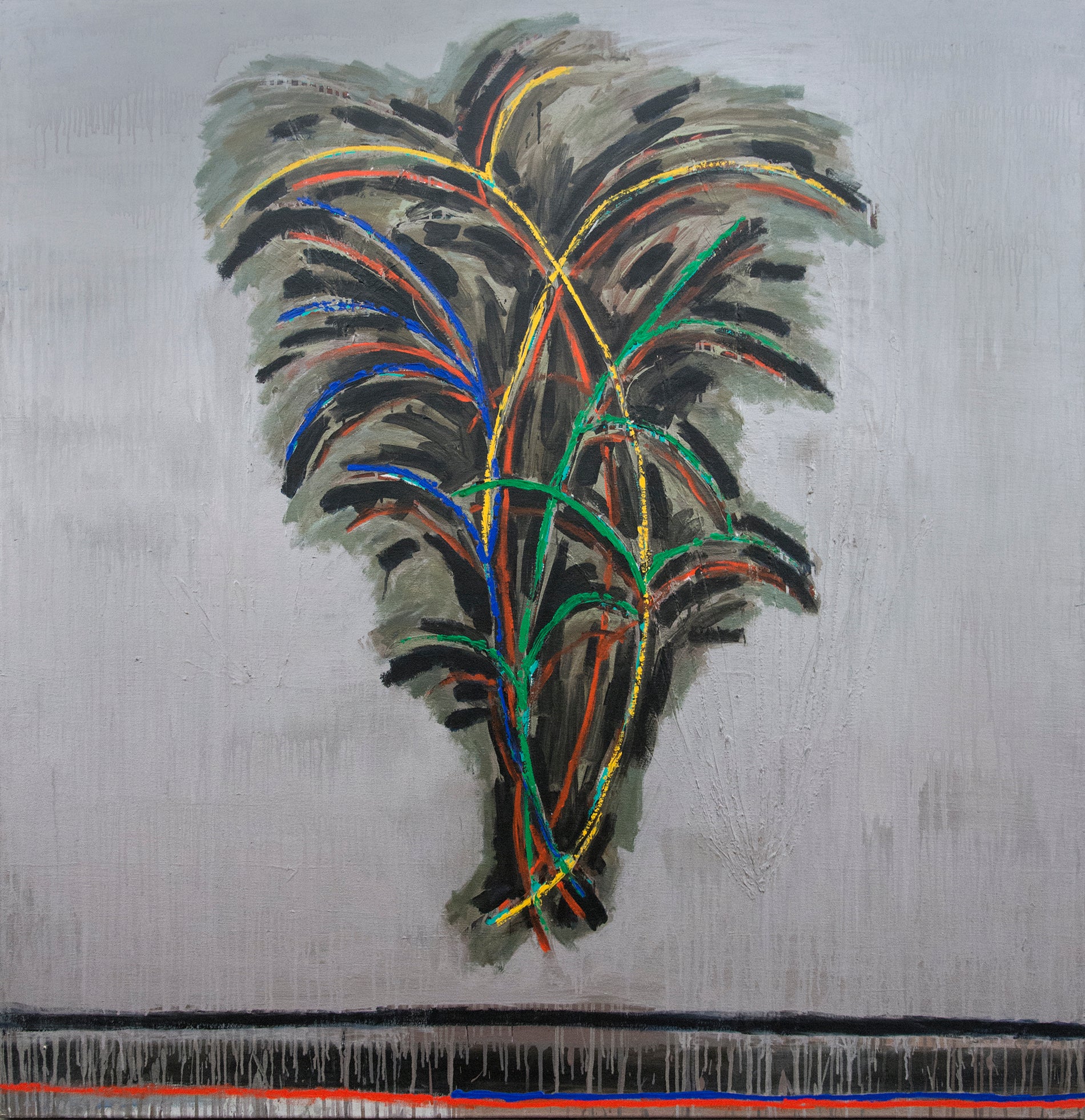 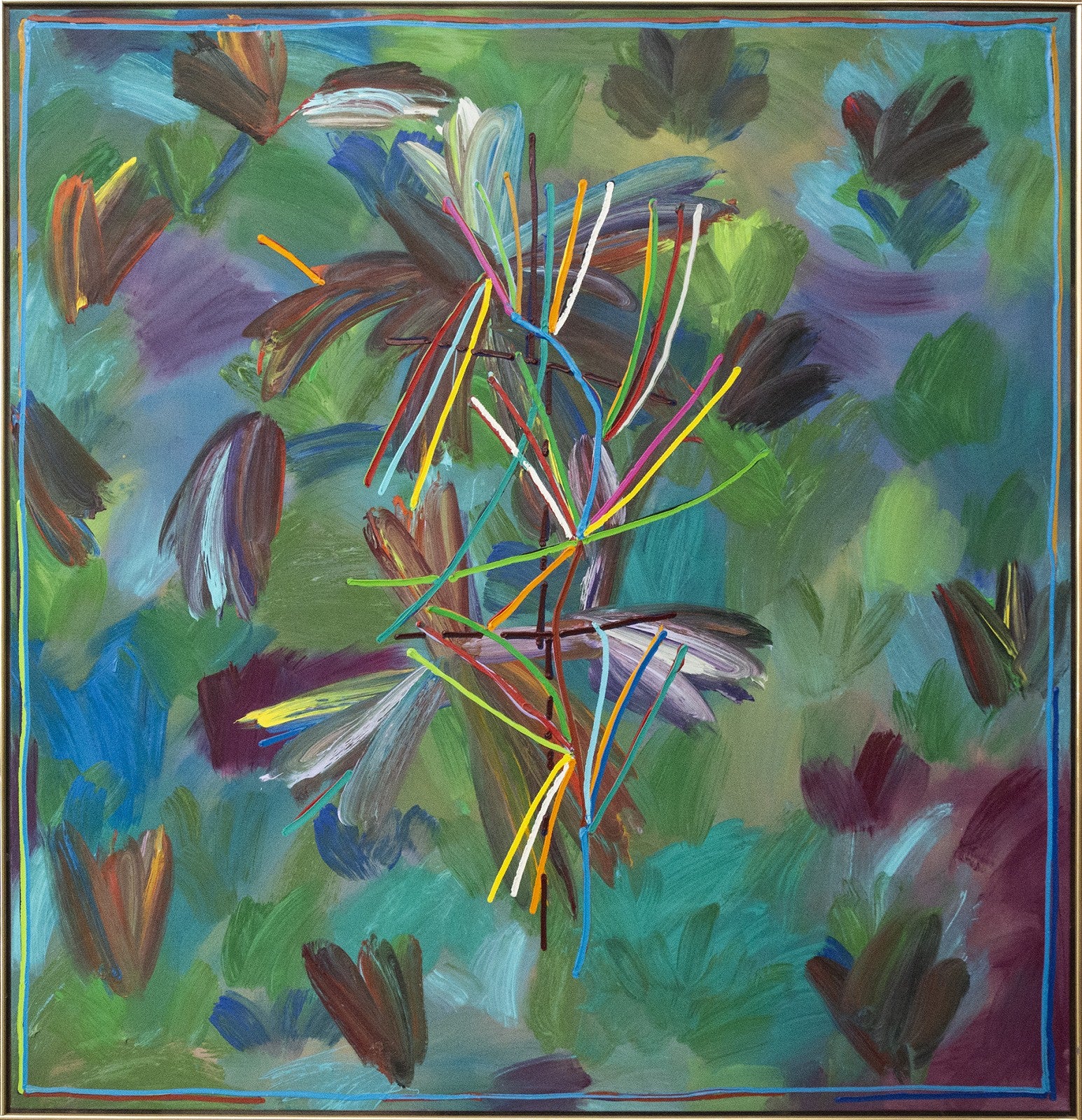 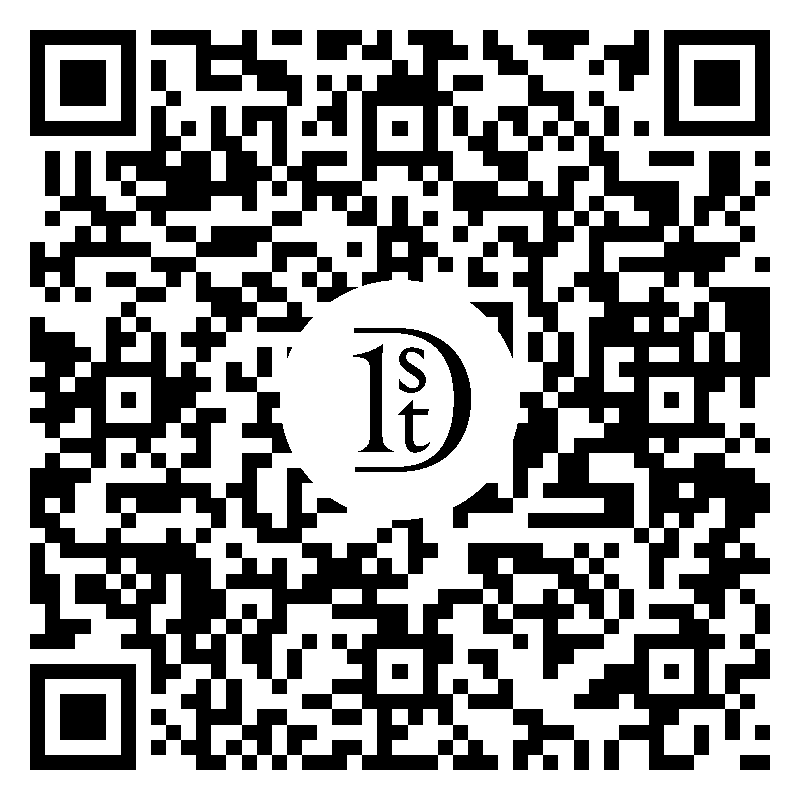 Curated swipes of teal, yellow, sapphire blue and plum dance on a ground of red orange in this 1974 acrylic by David Bolduc. From Bolduc's early career, this painting reflects his modernist roots including the influence of Canadian Jack Bush. Born in Toronto, David Bolduc attended the Ontario College of Art and then the Montreal Museum of Fine Arts School until 1965. In 1968, Bolduc received a Canada Council Grant that allowed him to travel in Europe and Asia for eight months. He continued to travel extensively over the next 33 years while exhibiting annually at public and commercial galleries. In his abstract canvases, rich in historical references from his travels, Bolduc uses curated organic motifs often placing them at the center of a painterly ground. The artist’s vibrant and joyful colors continue the traditions of modernism he embraced in the work of Bush as well as Henri Matisse. Bolduc’s work is held in private, corporate and public collections including the Art Gallery of Hamilton, the Art Gallery of Ontario and the National Gallery of Canada. Joan Murray, noted Canadian art historian, in her book Canadian Art in the Twentieth Century, writes: "Other good painters developed a touch of (Jack) Bush. A loose transparent ground characterized the work of Toronto painter David Bolduc from 1974, but he featured enigmatic, drawn, central images and vibrant, contrasting colour. Some of his paintings are dominated by powerful images from nature that speak in an eloquent language of signs and symbols and create the feeling of seeing the world through the eyes of someone - a Thoreau - with a transcendentally elevated consciousness."

About the Seller
4.8 / 5
Located in Bloomfield, Canada
Recognized Seller
These prestigious sellers are industry leaders and represent the highest echelon for item quality and design.
Platinum Seller
These expertly vetted sellers are 1stDibs' most experienced sellers and are rated highest by our customers.
Established in 2004
1stDibs seller since 2013
195 sales on 1stDibs
Typical response time: <1 hour
More From This Seller
View All From Seller