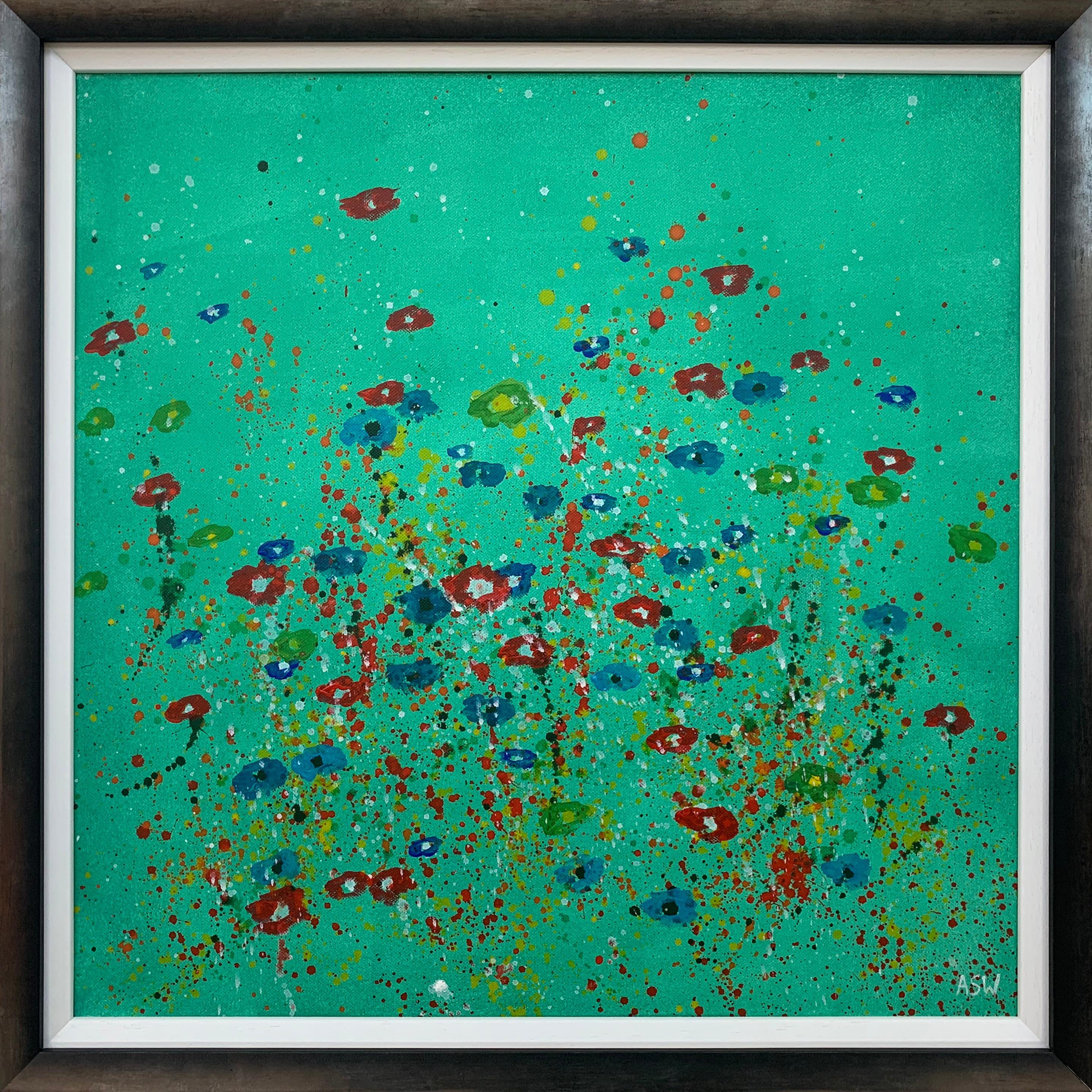 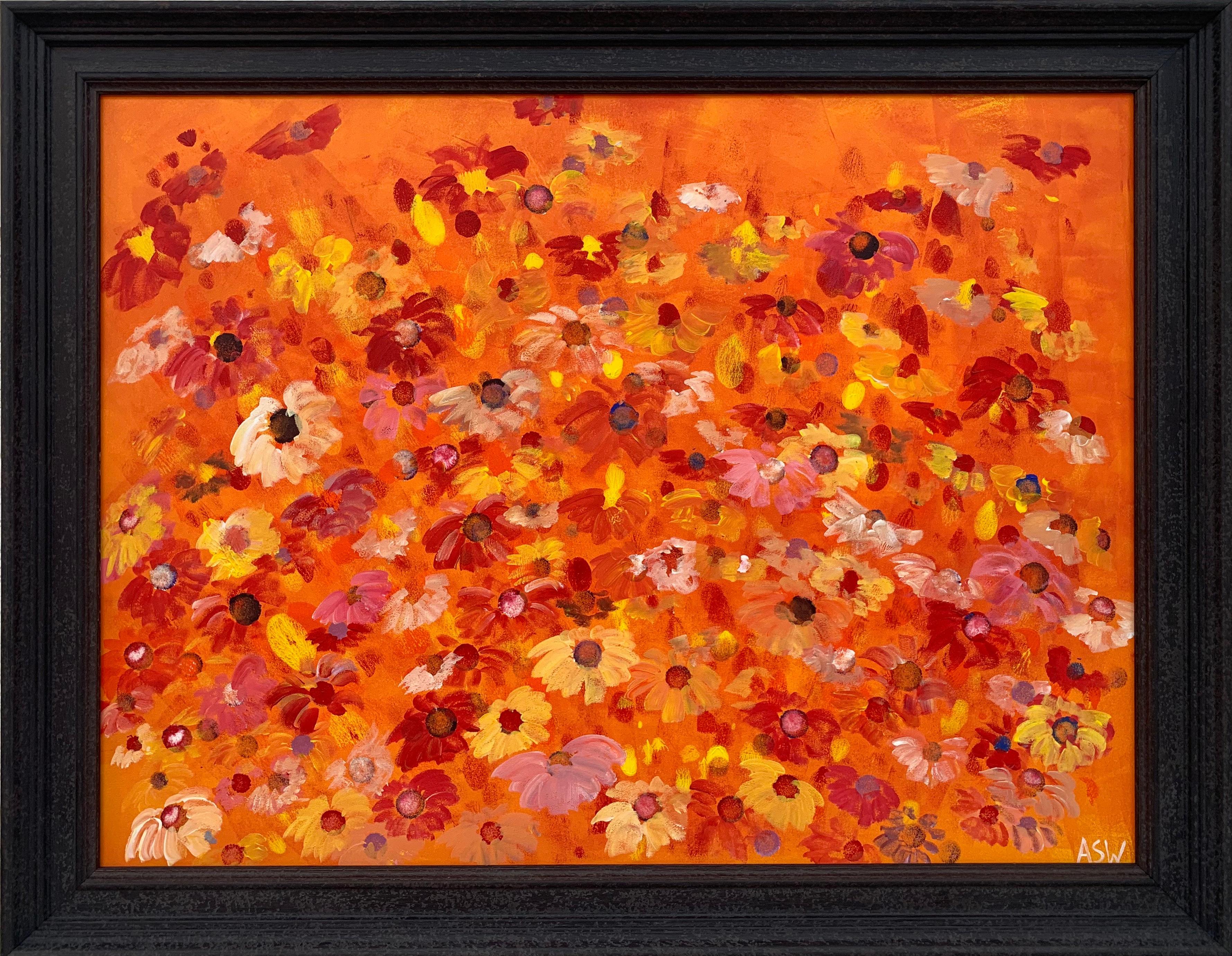 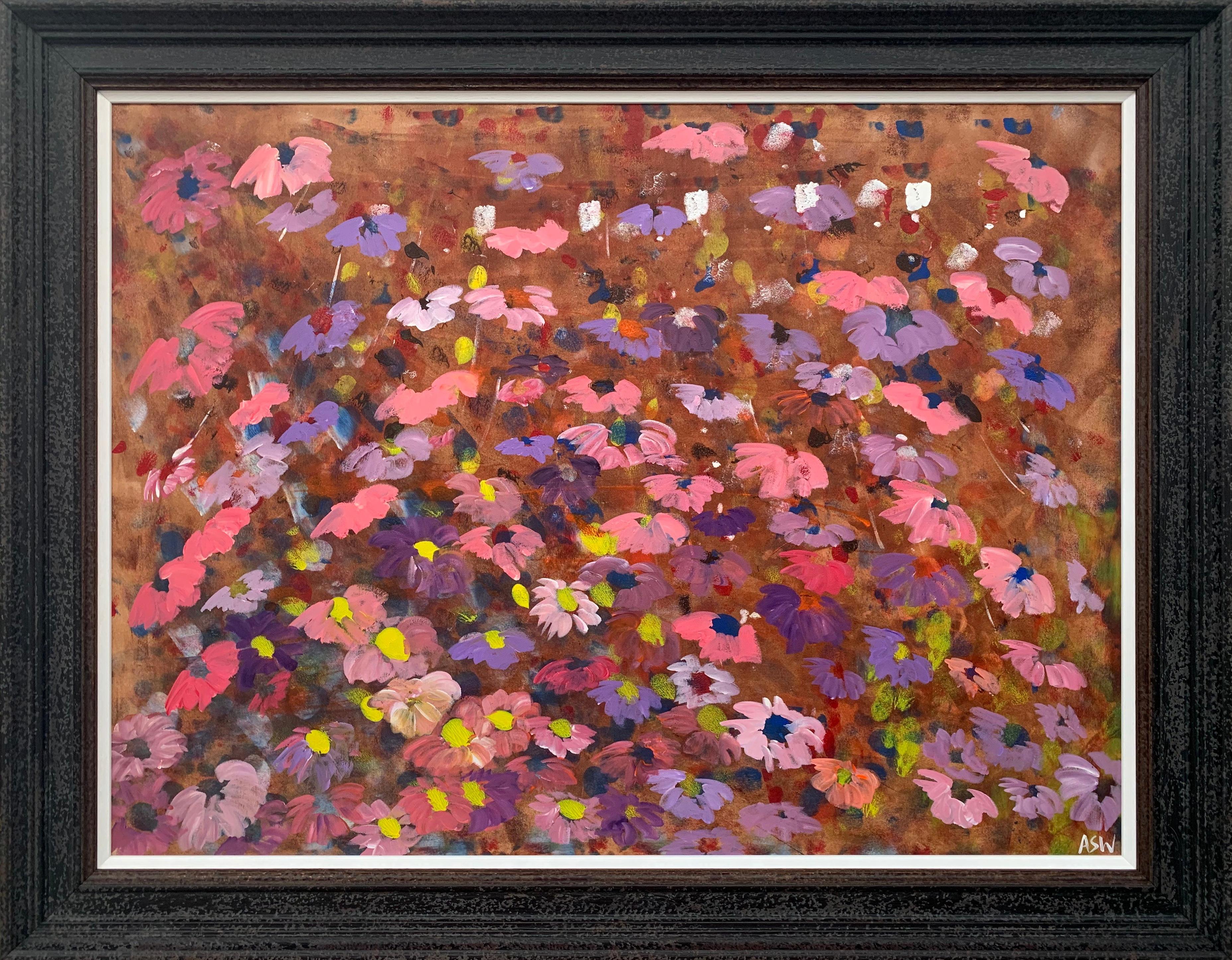 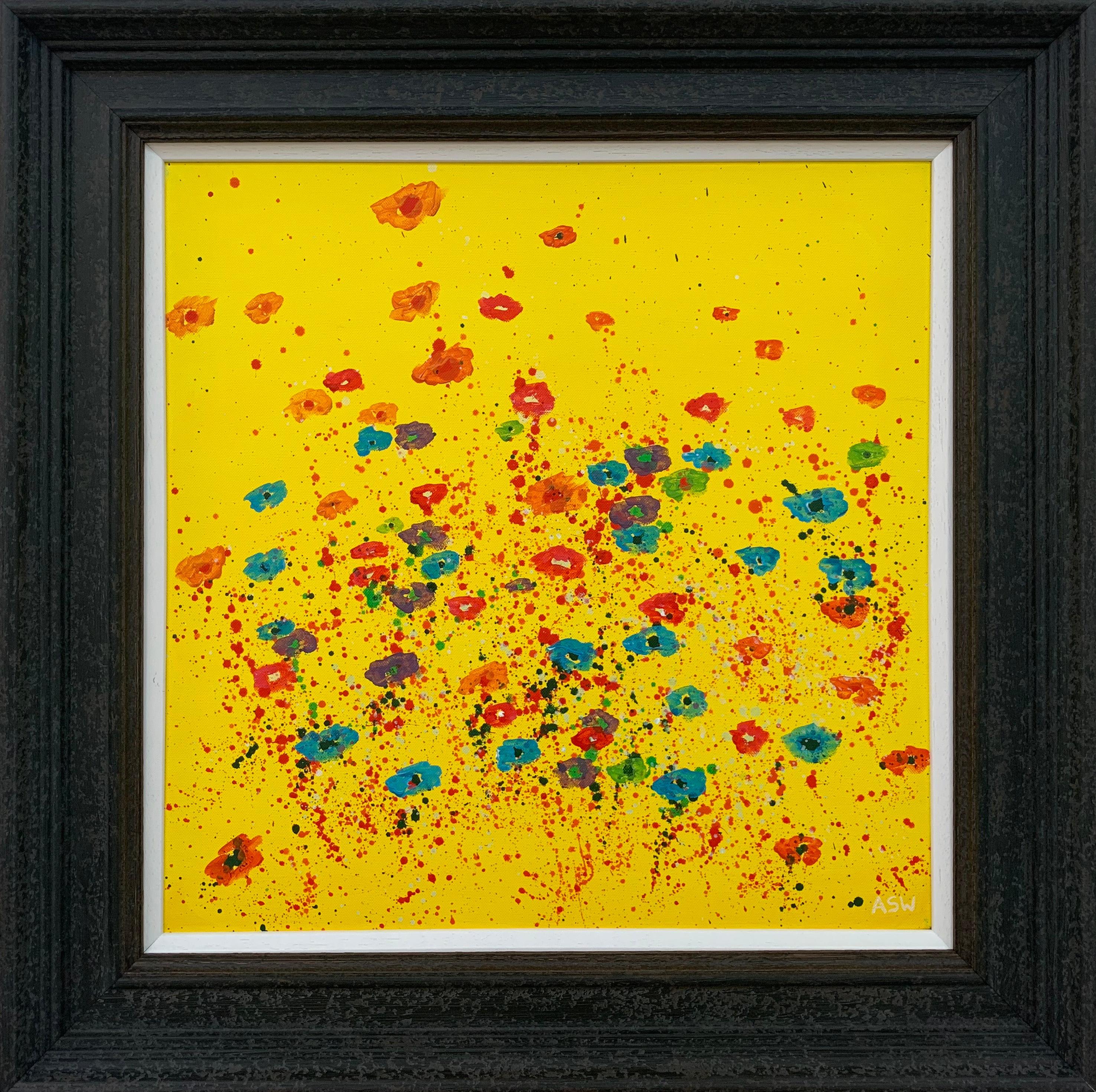 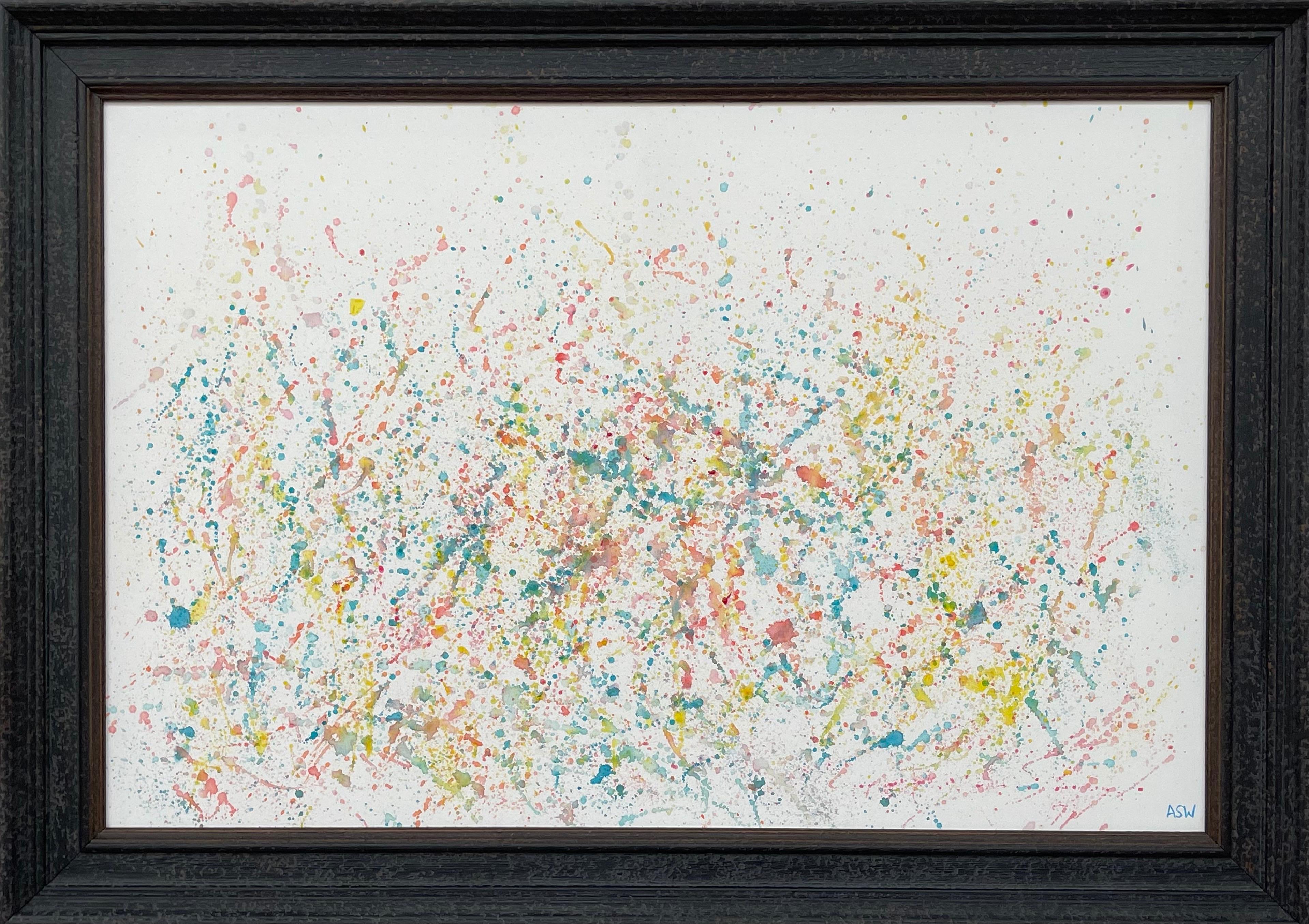 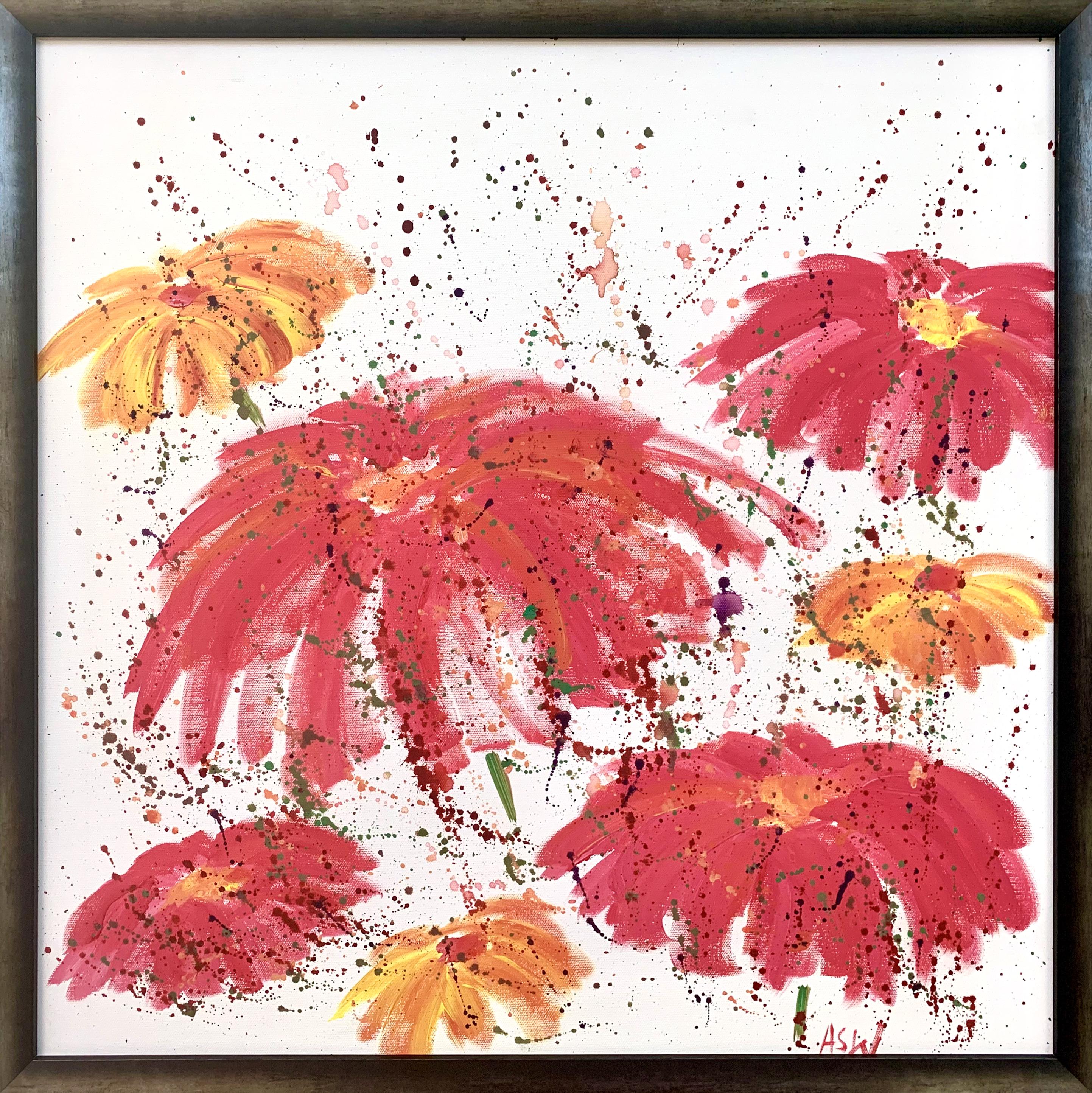 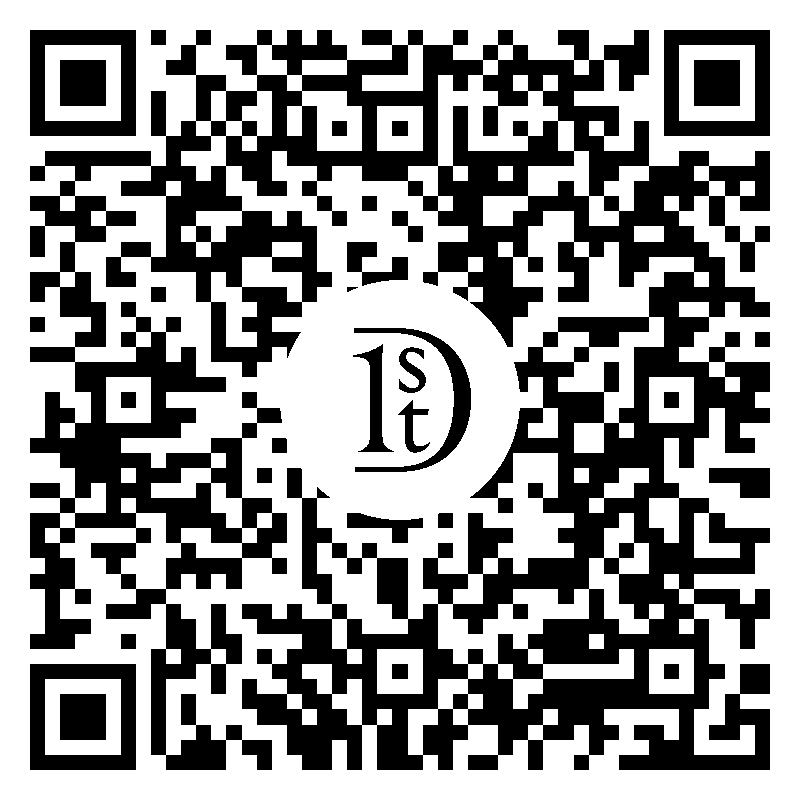 Colourful Psychedelic Abstract Landscape Painting of Urban City Scene by leading British Urban Artist Angela Wakefield. This artwork is from an intense body of abstract work that formed the very foundations of her output as a professional artist. Art critics regard these powerful expressive works as forming the blueprint of her unique style, and Angela is releasing this special original for the first time in order to mark her 20th year as a professional painter. Framed in a deep-edge wooden white float frame. Signed, initialled, with full authentication and free secure worldwide delivery. Art measures 24 x 24 inches Frame measures 30 x 30 inches Angela Wakefield is one of Britain's Leading Urban Artists, and has twice been on the front cover of ‘Art of England’ and featured in ARTnews, attracting international attention and critical acclaim with her urban landscape paintings of New York, London & the North of England. The style of painting has been described as ‘contemporary realism’, and is often favourably compared with Edward Hopper by collectors and art critics. Angela’s work is held in private collections in Europe and the USA, including the British Royal Family. Her admirers include leading figures in international business, filmmaking and the media. PROVENANCE: Ascot Studios Collection. Initialled on the front, signed on rear. This original artwork includes a Certificate of Authenticity issued by the Gallery. The piece will be stamped from Ascot Studios on its verso. 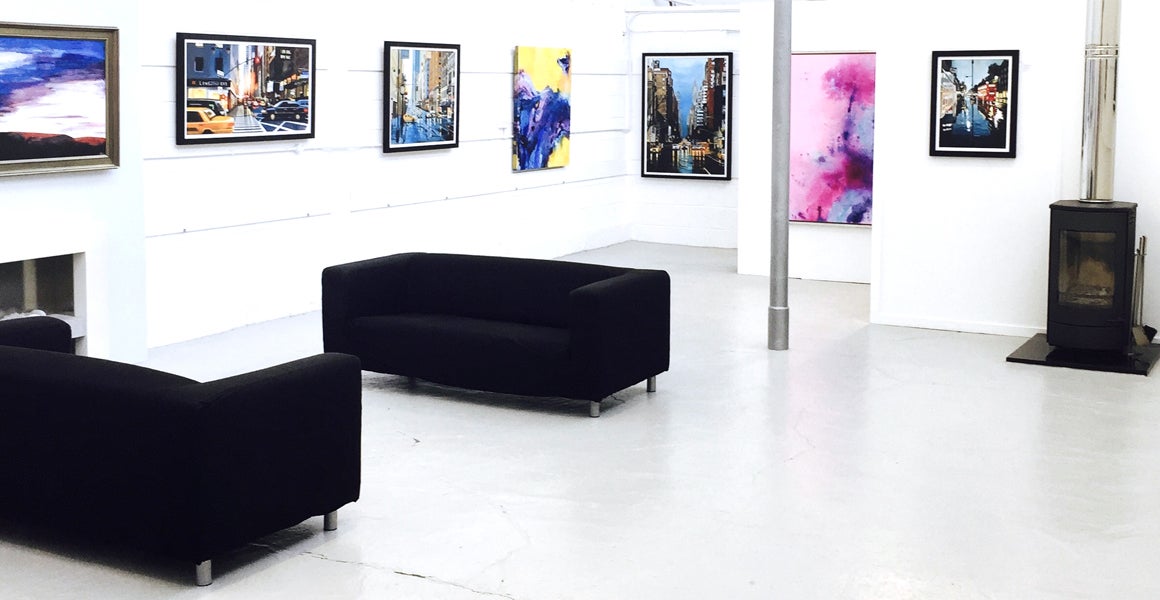 US$1,197
No Title, 1958 Abstract Watercolor on Paper by Erich Keller
Located in Brescia, IT
This beautiful abstract watercolor is drawed on Fabriano paper, an Italian high quality paper specially made for artists and its artworks. About Keller arworks was told many words bu...
Category