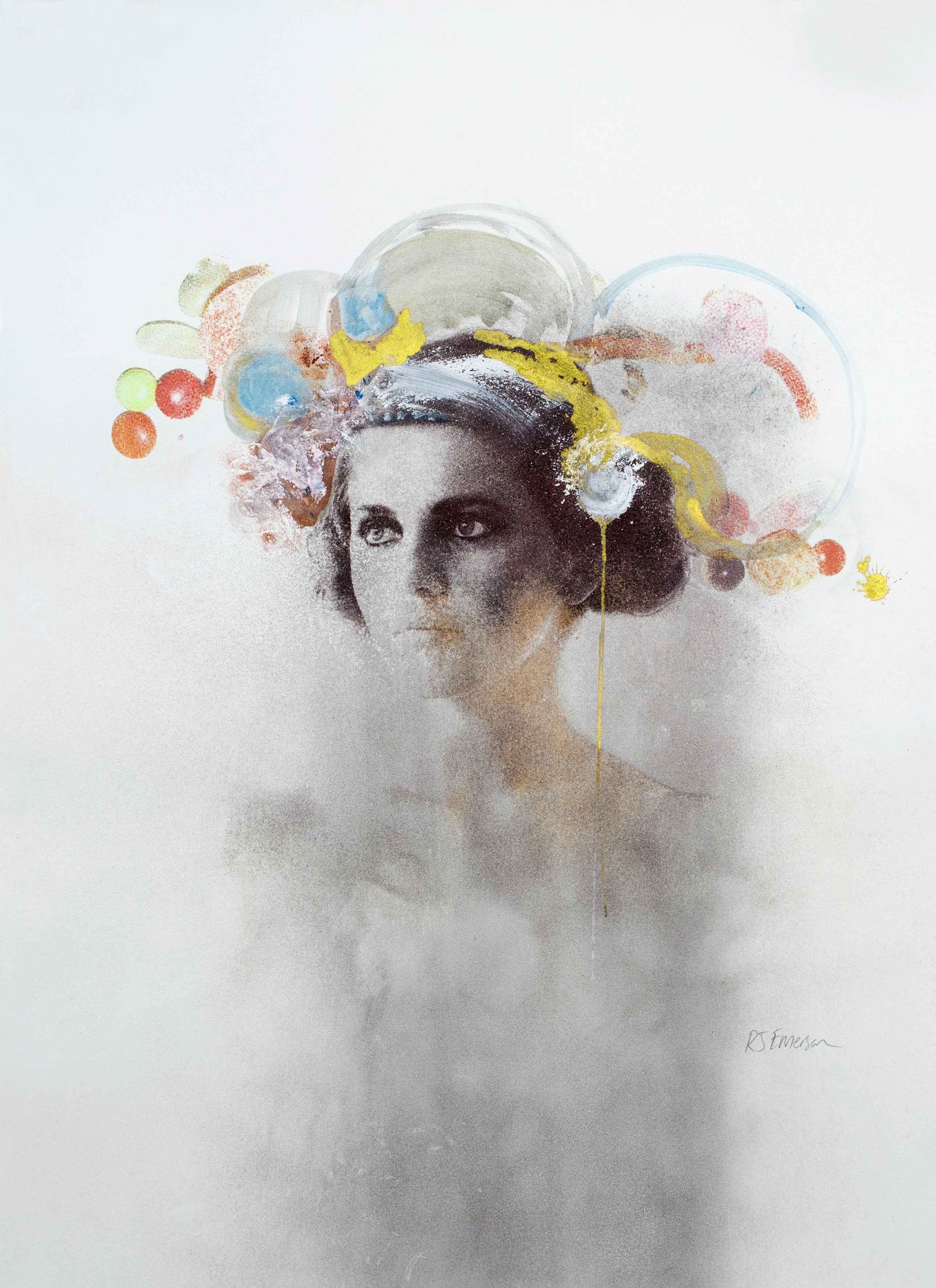 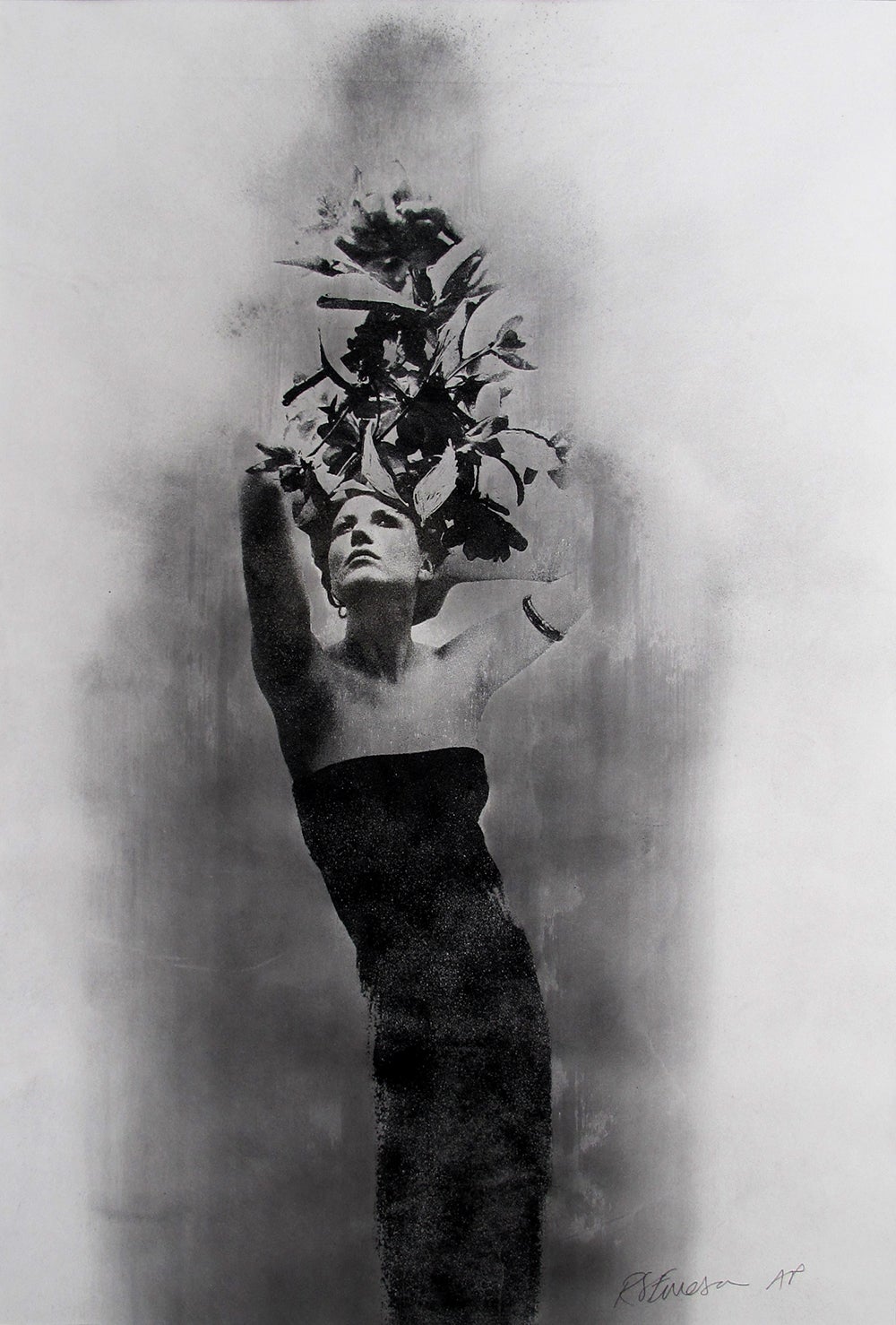 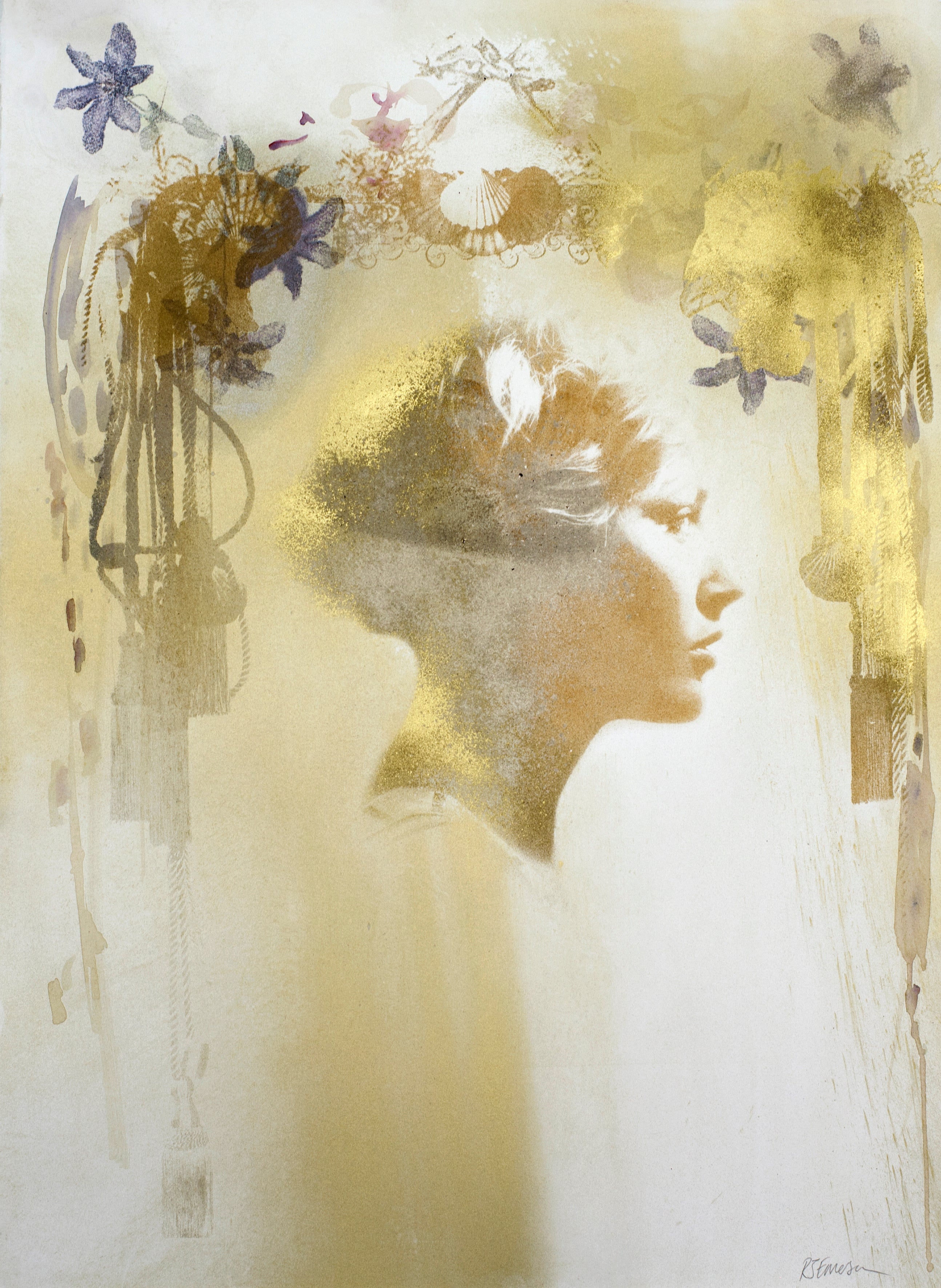 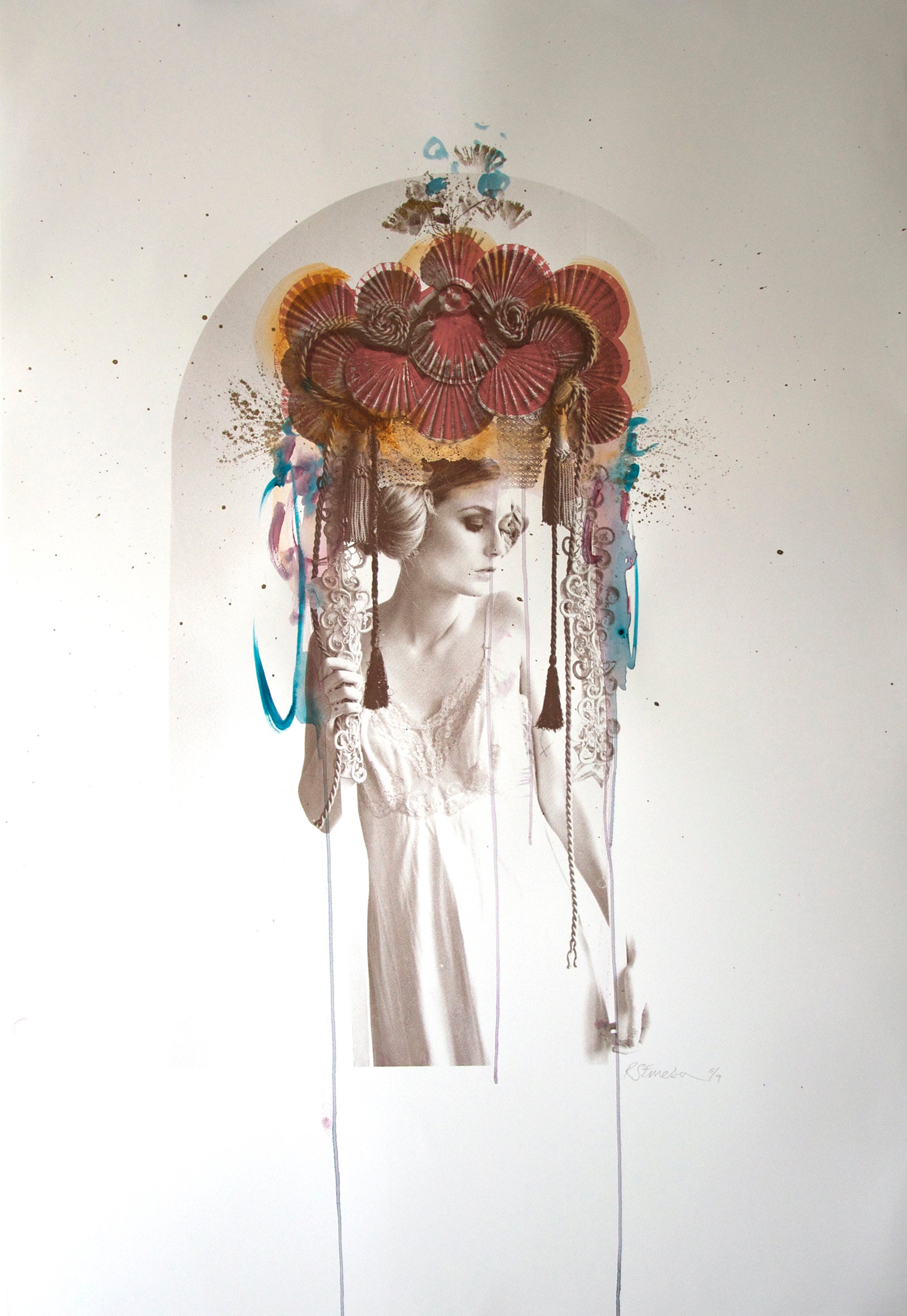 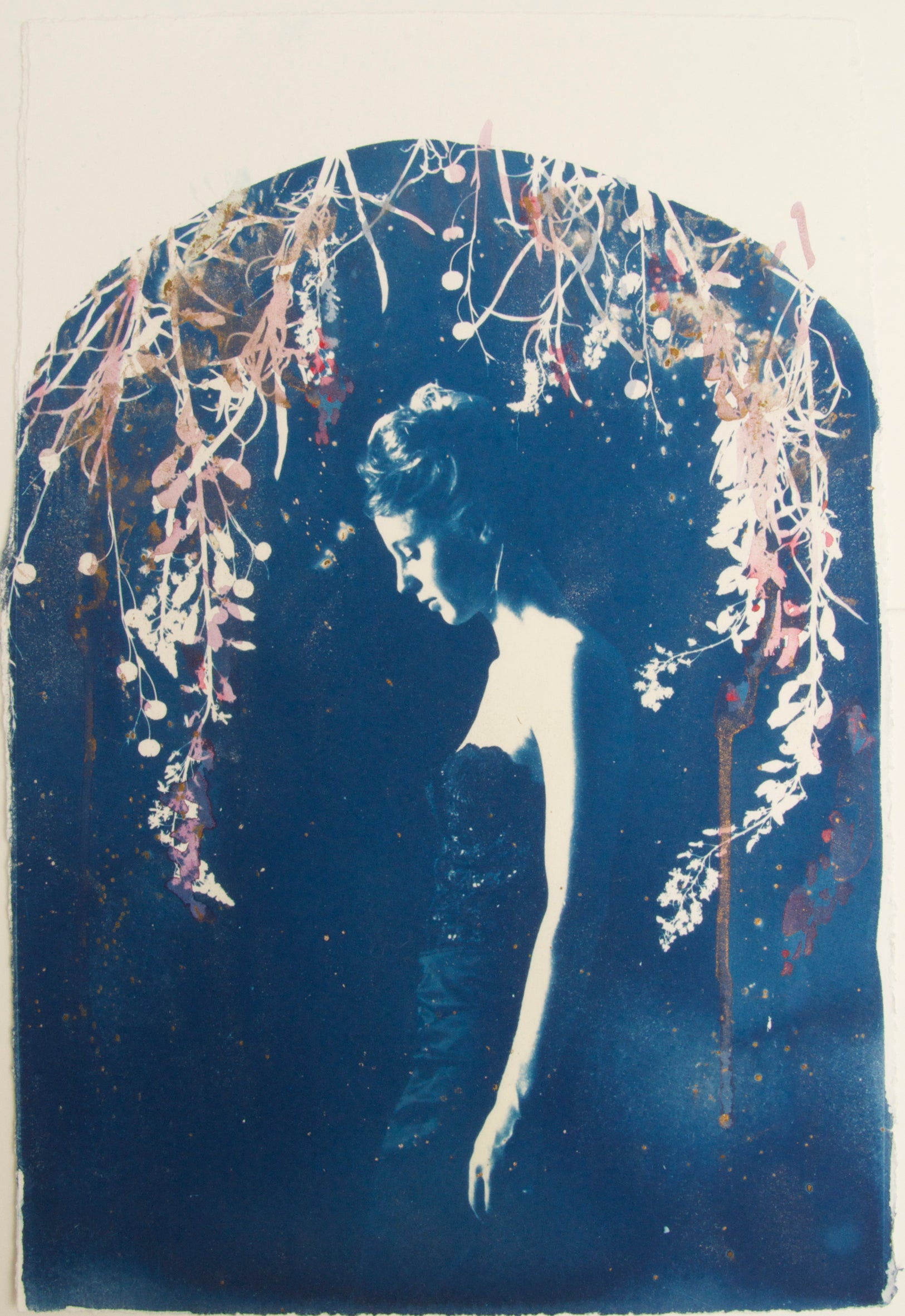 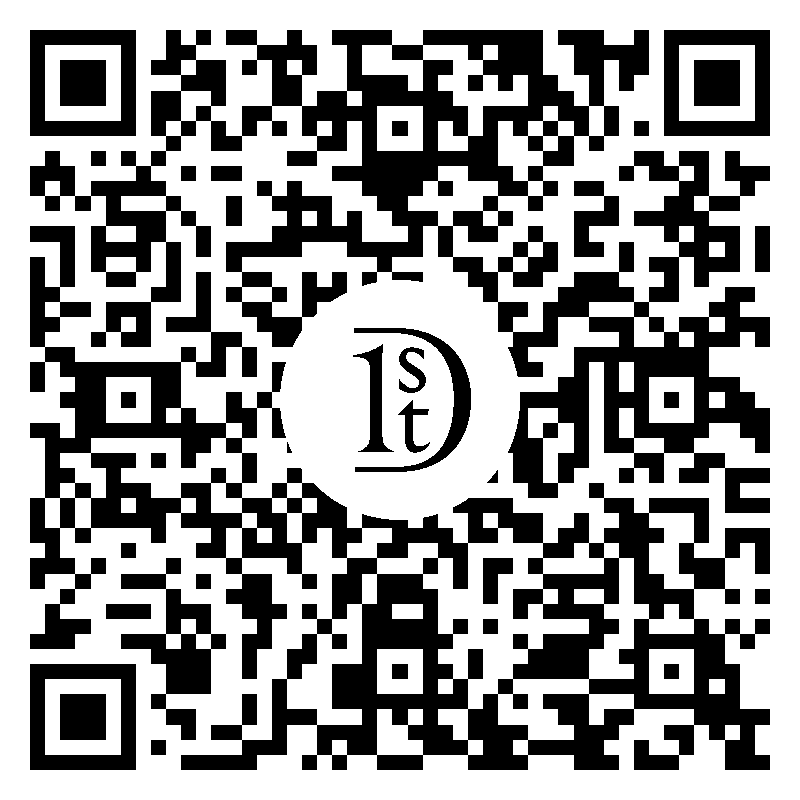 This gorgeous artwork on paper was created initially with a screen print base of the model, then Rosie hand finishes the work with a unique splash and painted composition. Some call them Unique Prints. The base image is only used 12 times and this is the AP Rosie Emerson, born in 1981, is a contemporary artist working almost exclusively on representing the female form. Emerson’s figures draw reference from archetypes old and new, from Artemis to the modern day super model, each solitary figure, an allegory of her own fantasy. Interested in surface, the interplay between photography and painting. Emerson’s works are playful constructs; Photography is used, not as a device for capturing reality but for creating romanticised optical illusions. Inspired by her love of theatre, performance, shrines and rituals, she uses lighting, costume, set and prop making, alongside printmaking and painting to create other worldly one off pieces. Her photography is inspired by both the drama of the baroque, and ethereal qualities of Pre Raphaelite works. Other important influences include late medieval and renaissance paintings, Japanese prints, and magical realist literature. Emerson’s screen-prints use unusual materials including charcoal powder, ash and saw dust to shift the focus of printmaking from accuracy and replication to the creation of unique, hand-finished prints with subtle texture. She explains ‘By combining photography with painting it allows me to balance energy and precision, and create something, which despite hours of planning will still surprise me in its results.’ Her recent Cyanotype works enable her to montage objects with real size photographic negatives. Using UV light from the sun to expose objects and images directly on to the sensitized surface, the works are often hand painted or gilded with gold leaf. Emerson describes ‘the technique itself has an element of magic about it, it also a wonderful discovery to be able to combine painting, collage and photography in this way’’. Emerson’s work is widely collected and exhibited both in the UK as well as internationally, through galleries, art fairs and museums. She has also worked with brands and individuals including Harvey Nichols, The Ivy Club, Sony, Triumph Underwear, Redbull, P&O Cruises, and Annoushka jewelry .Her work has also been featured in Vogue, Harpers Bazaar, Another Magazine, The Financial Times Magazine and The Sunday Times Style Magazine. In 2014, she was invited to be Artist in residence at Somerset House as part of The National Open Art Competition and was commissioned by Hackney WickED Arts Festival to create a new world record by making the world’s largest Cyanotype photograph, the final artwork measuring 46.8 sq metres. In 2015 she was awarded the Bridgeman Studio Award and took part in the Young Masters Art Prize, exhibiting her works alongside old masters at Sphinx Gallery in London. 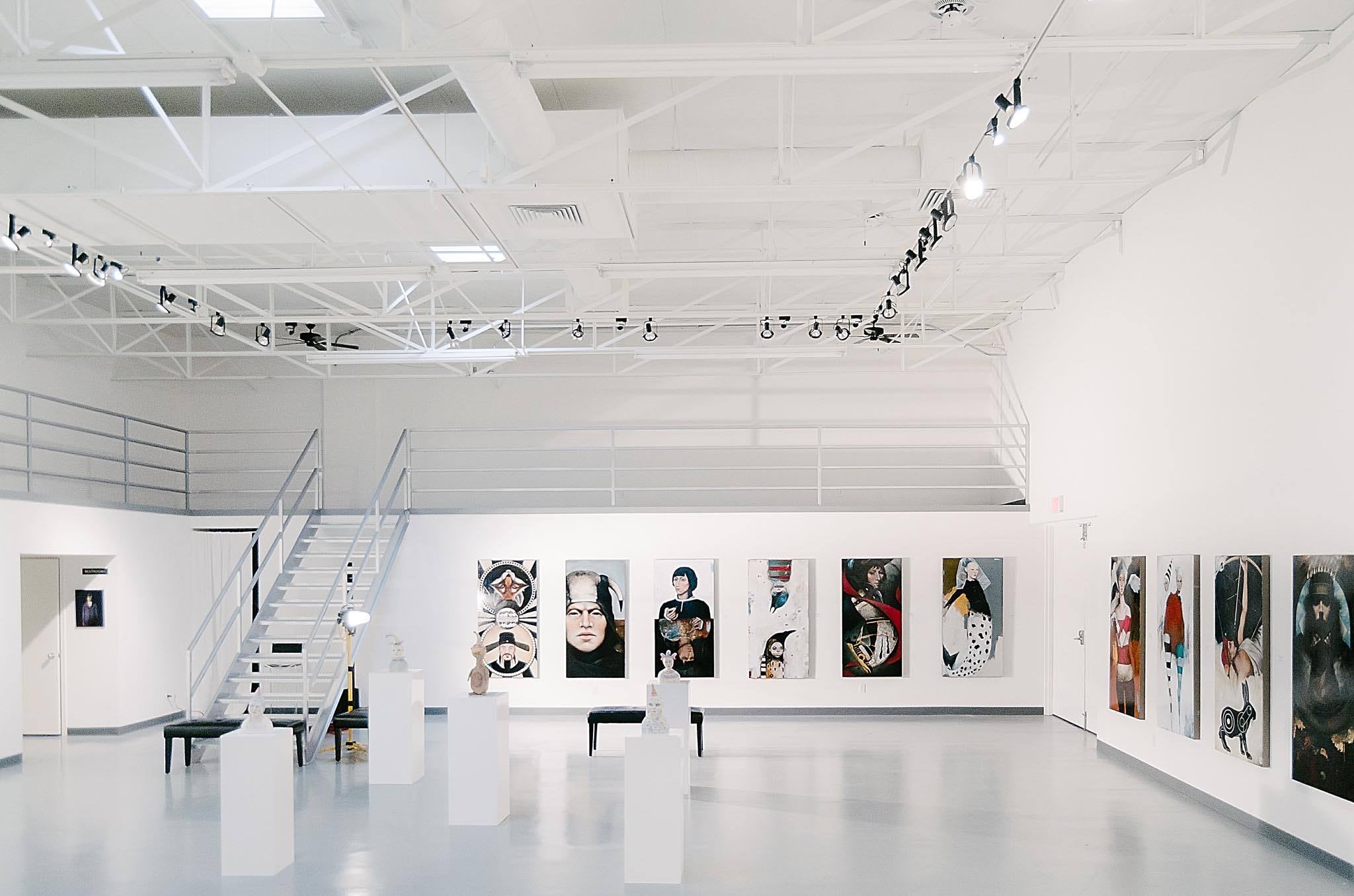 $3,500
Street Art Mixed Media : Era, You There?, (Bethyie- A12)
Located in Delaware , OH
ABOUT THIS PIECE: “Era, You There? (Bethyie-A12)” is mixed media street art by Addison Jones featuring her own portrait photography. It’s produced using graphite, ink, and paper lay...
Category

$5,000
Babe, 2019, Acrylic on Paper
By Manuel Santelices
Located in Bay Harbor Island, FL
Babe, 2019 by Manuel Santelices One of a kind, acrylic on paper. Signed by the artist. Image size: 15 in. H x 11 in. W The worlds of fashion, society and pop culture are explored t...
Category

$600
Faye Dunaway Oscar Outtake (Lying Down)
By Terry O'Neill
Located in Greenwich, CT
American actress Dorothy Faye Dunaway was one of the hottest actresses in the 1970s playing neurotic, highly driven women with sex appeal. She worked onstage before moving to the big...
Category

Price Upon Request
Faye Dunaway Oscar Outtake (Sitting)
By Terry O'Neill
Located in Greenwich, CT
American actress Dorothy Faye Dunaway was one of the hottest actresses in the 1970s playing neurotic, highly driven women with sex appeal. She worked onstage before moving to the big...
Category