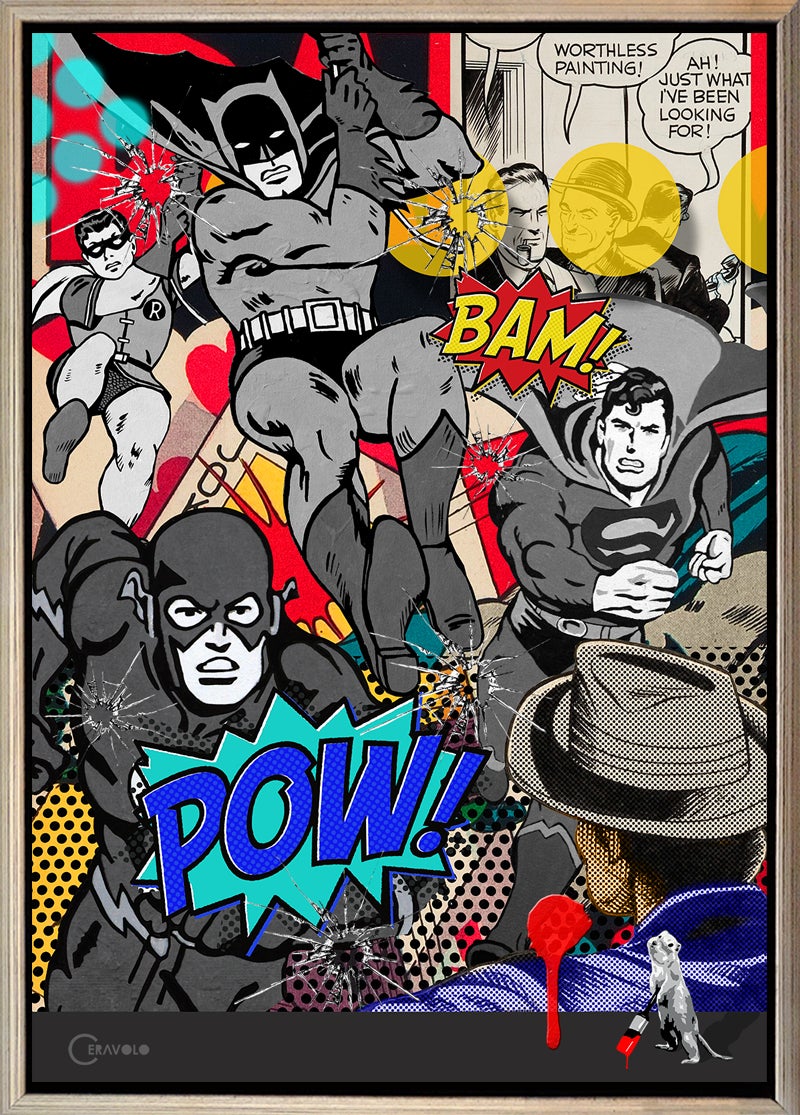 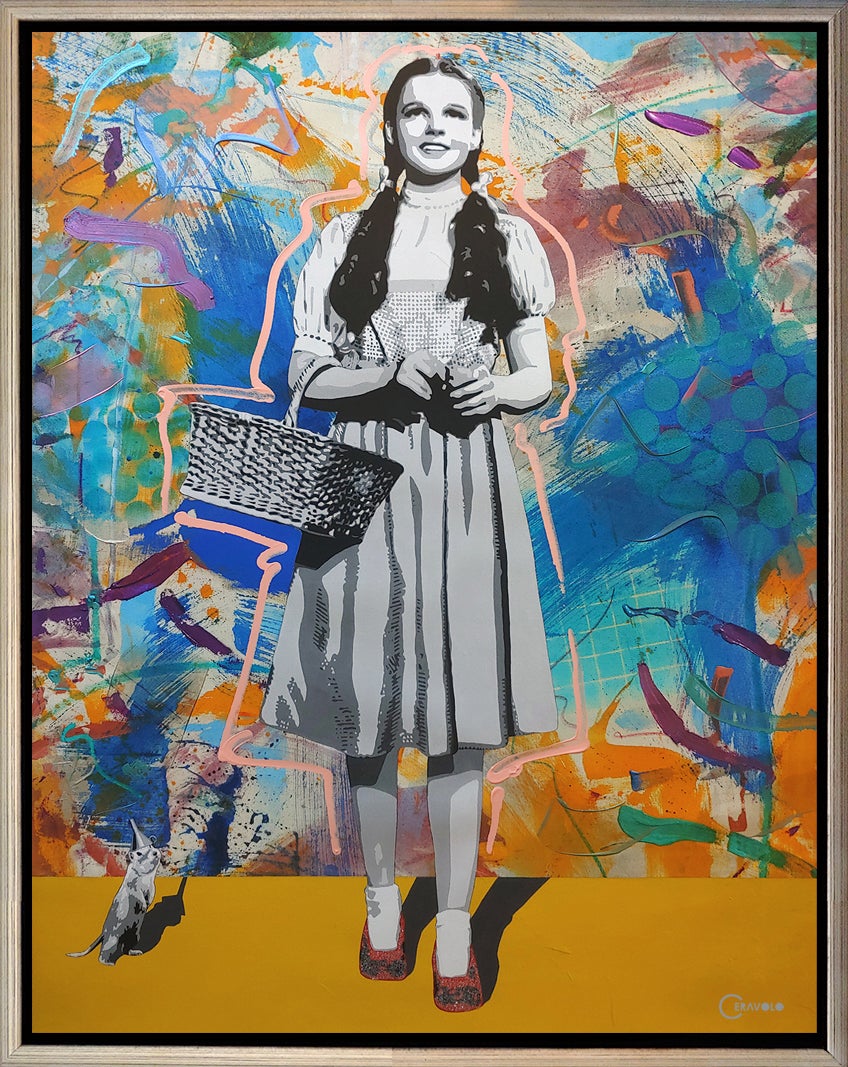 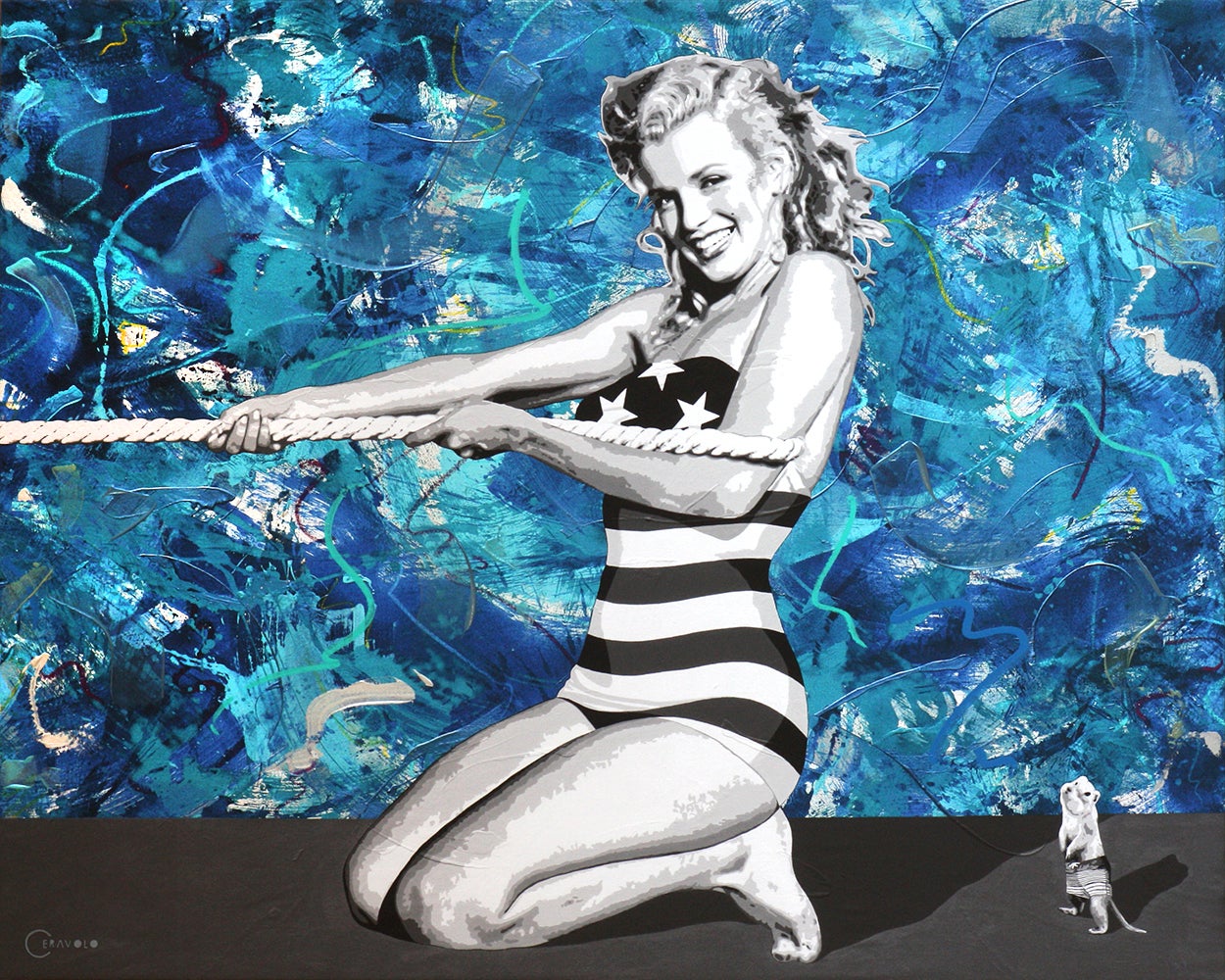 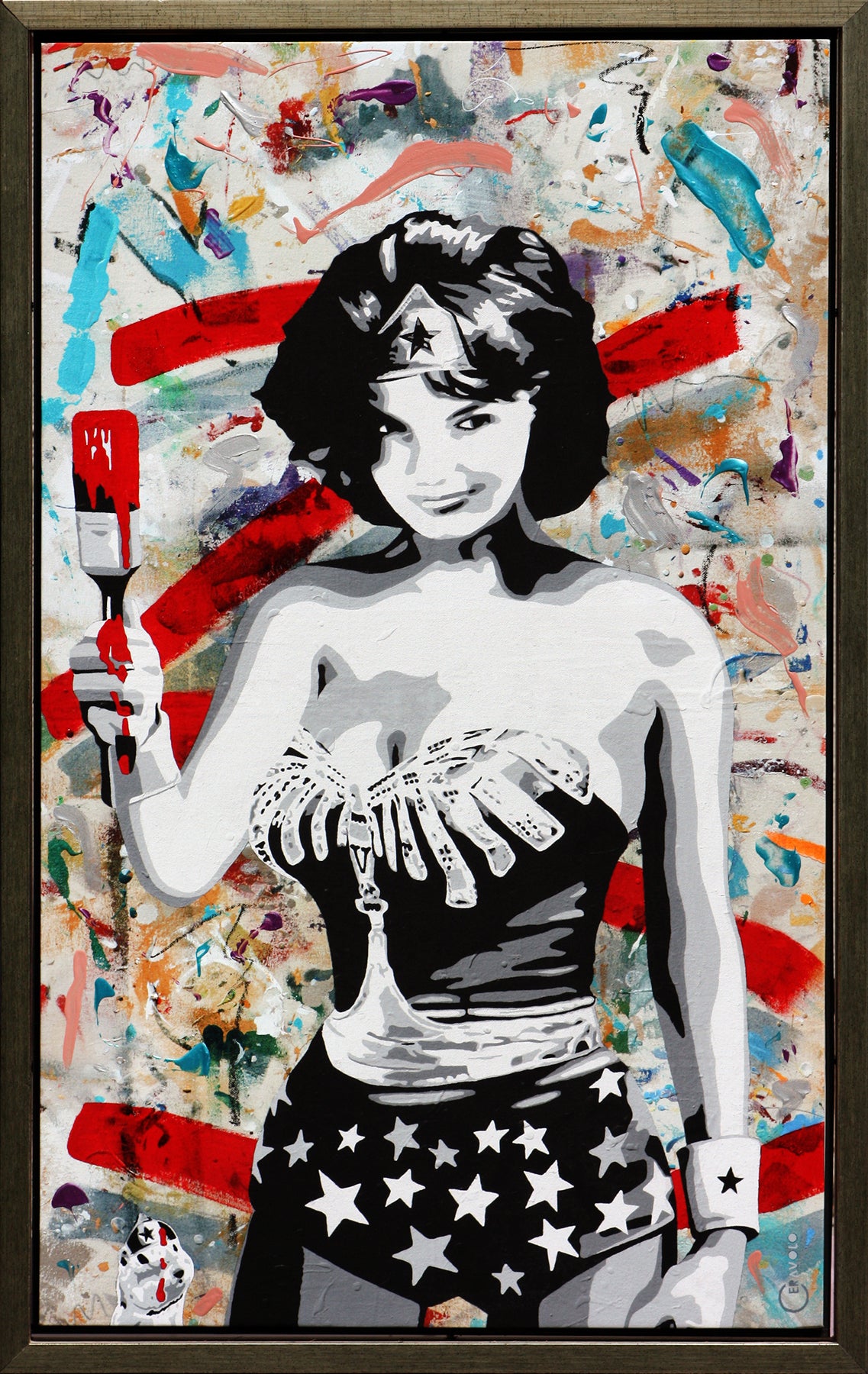 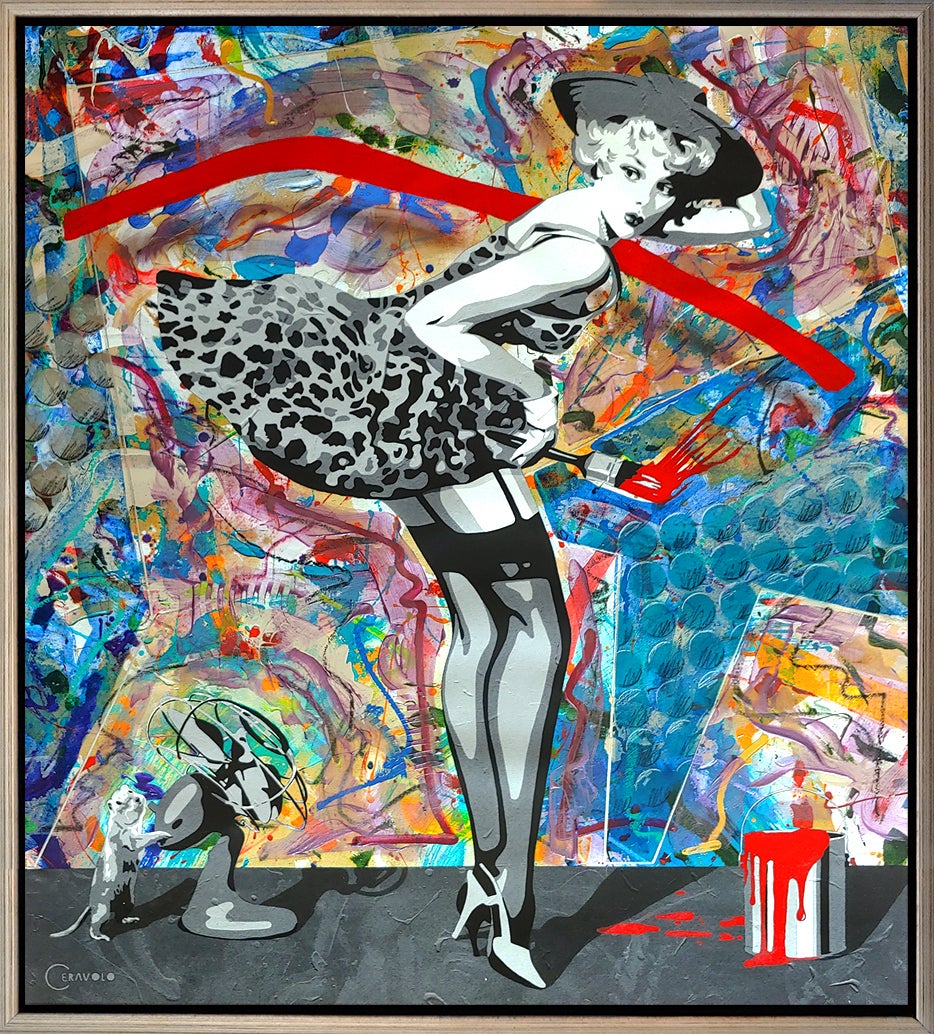 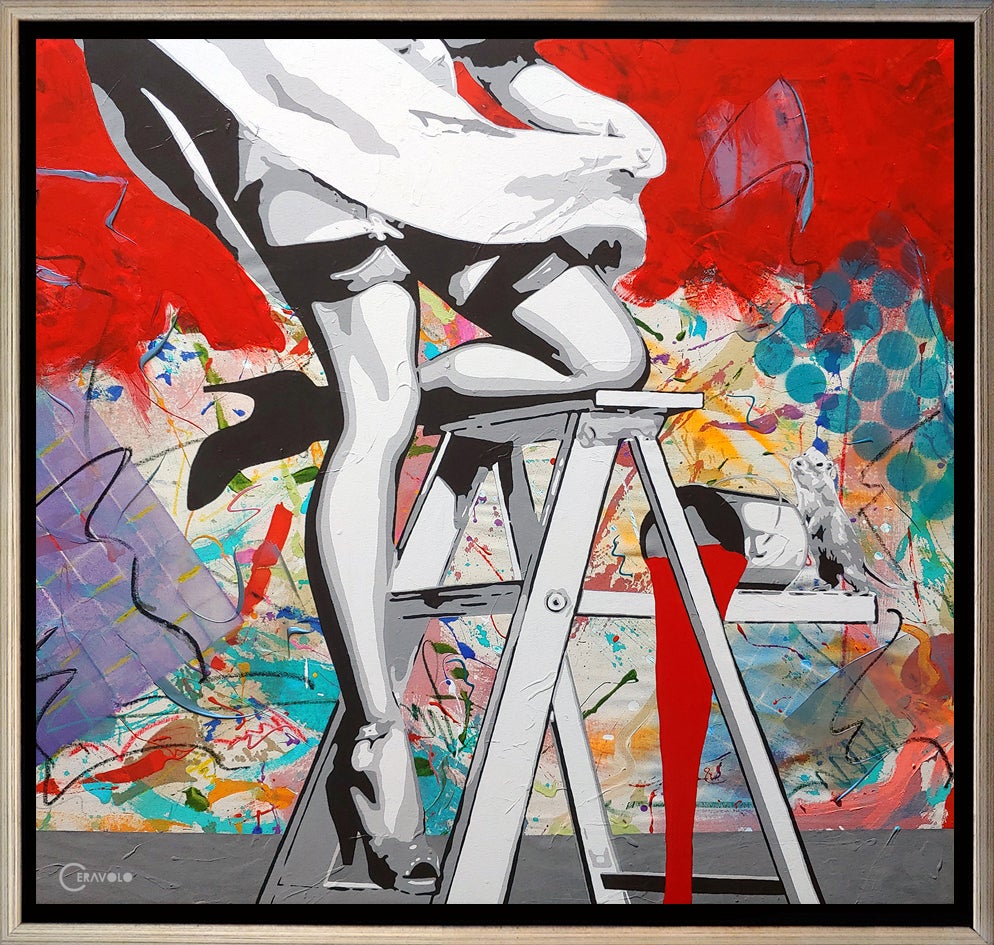 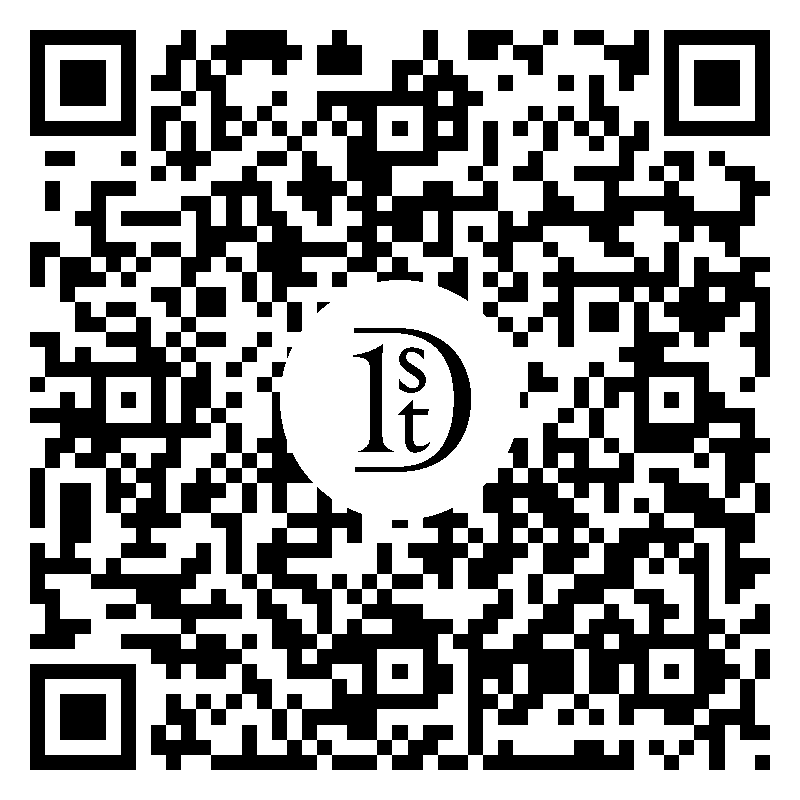 Acrylic polymer and mica flakes on mixed media canvas by Ceravolo. Ceravolo has combined an image of his original urban POP painting of Mick Jagger in the forefront with images of the covers of his vintage 1960's and 70's Pop, Rock and teen magazines. The printed images of the vintage rock and roll magazines form an abstract background for the image of Jagger. This creates an image much like the abstract backgrounds in Ceravolo's urban pop paintings, only in this case the abstract background is accomplished by the positioning of images from the vintage magazines. He then paints over Jagger's jacket with acrylic polymer and small particles of mica flakes to give the jacket a sequin sparkle effect. This one of a kind canvas measures 38x30" and is signed on the front by Ceravolo and signed and dated 2018 on the back by Ceravolo. Ceravolo's Large scale paintings have received international acclaim for more four decades. His art, came to popular attention in the 1970's, when he was commissioned to create six large scale oil on canvas portraits for the lobby of The Palladium Theatre in New York City of Frank Zappa, Jackson Browne, Linda Rondstadt, Neil Young and Hall and Oats.. In addition to these, his paintings are in many influential corporate and private collections, including: ELTON JOHN, ROD STEWART, HUGH M. HEFNER, DAVID BRENNER, MONIQUE VAN VOOREN, WARNER BROS., RCA RECORDS AND SCHENLEY INDUSTRIES to name a few.

1stDibs Buyer Protection Guaranteed
If your item arrives not as described, we’ll work with you and the seller to make it right. Learn more
About the Seller
5 / 5
Located in Southampton, NY
Gold Seller
These expertly vetted sellers are highly rated and consistently exceed customer expectations.
Established in 1983
1stDibs seller since 2015
58 sales on 1stDibs
Typical response time: <1 hour
More From This Seller
View All From Seller

$1,000
I Woke Up Like This- Street Art Portrait of Woman Pink + Green + Purple
By Amy Smith
Located in Gilroy, CA
In her Collage Portrait Series, Amy Smith uses photography, and layers of hand cut stencils, and torn recycled fashion magazine pieces to simultaneously represent her love of fashion...
Category

Amy Smith
I Woke Up Like This- Street Art Portrait of Woman Pink + Green + Purple, 2019

Bill Claps
It's All Derivative, Brigitte I, Positive (unframed)

Bill Claps
It's All Derivative, Brigitte I, Negative