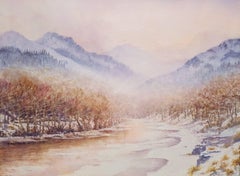 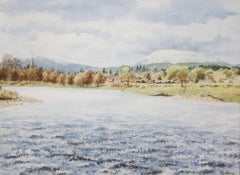 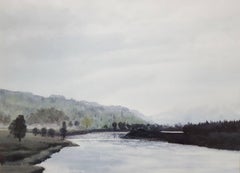 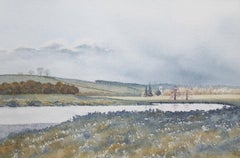 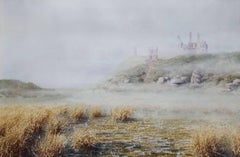 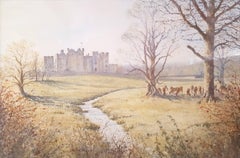 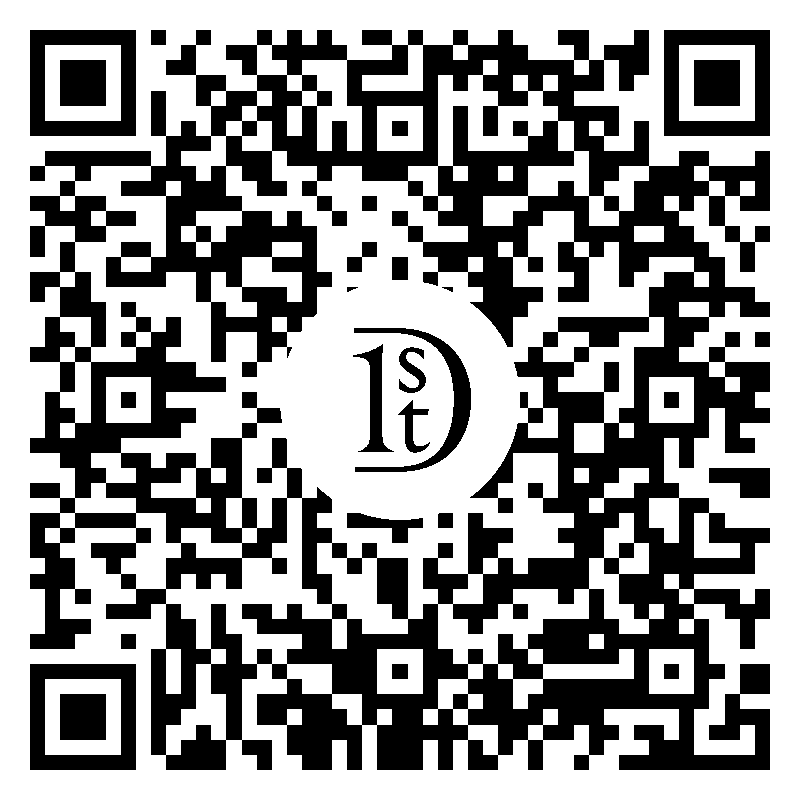 An original signed watercolor by English artist Gillie Cawthorne (1963-) titled "Eden Valley, Lake District", 2010. Hand signed and dated lower left by Cawthorne. Archivally matted with matting from Holland and shrink-wrapped. Matted size: 18" x 22.25". Image size: 11" x 15.25. Mint condition. Eden is a local government district in Cumbria, England. Its council is based in Penrith. It is named after the River Eden which flows north through the district toward Carlisle Gillie Cawthorne (1963-) is an English artist who specializes in watercolor and pastel. She was born in Coxhoe, UK and went to school at Durham University, Durham, UK. Since graduating with a degree in Geology from Durham University in 1985, Gillie has painted professionally in watercolor and soft pastel and has exhibited paintings in many solo and joint exhibitions across Great Britain. She had her first show in America exhibiting at Holland & Holland, New York, NY in 2003 and subsequently developed a great demand for her work in the United States as well. In 2011, she was commissioned by Durham University to paint the portrait of nationally renown writer and Chancellor of Durham University Bill Bryson. Today, she continues to work from her studio in the Pennines, UK. "My work is very much based on my love of the natural world, and I am fascinated by the effects of light and atmosphere. I hope to pass on to viewers of my pictures, some of the enjoyment and wonder that I experience, particularly in nature, but also in magnificent buildings like Durham Cathedral." - Gillie Cawthorne

5 / 5
Our team of world-class specialists approve every seller on 1stdibs.
This distinction is for experienced sellers who continually surpass customer expectations.
1stdibs seller since 2015
Typical response time: <1 hour
Located in Saint Augustine, FL